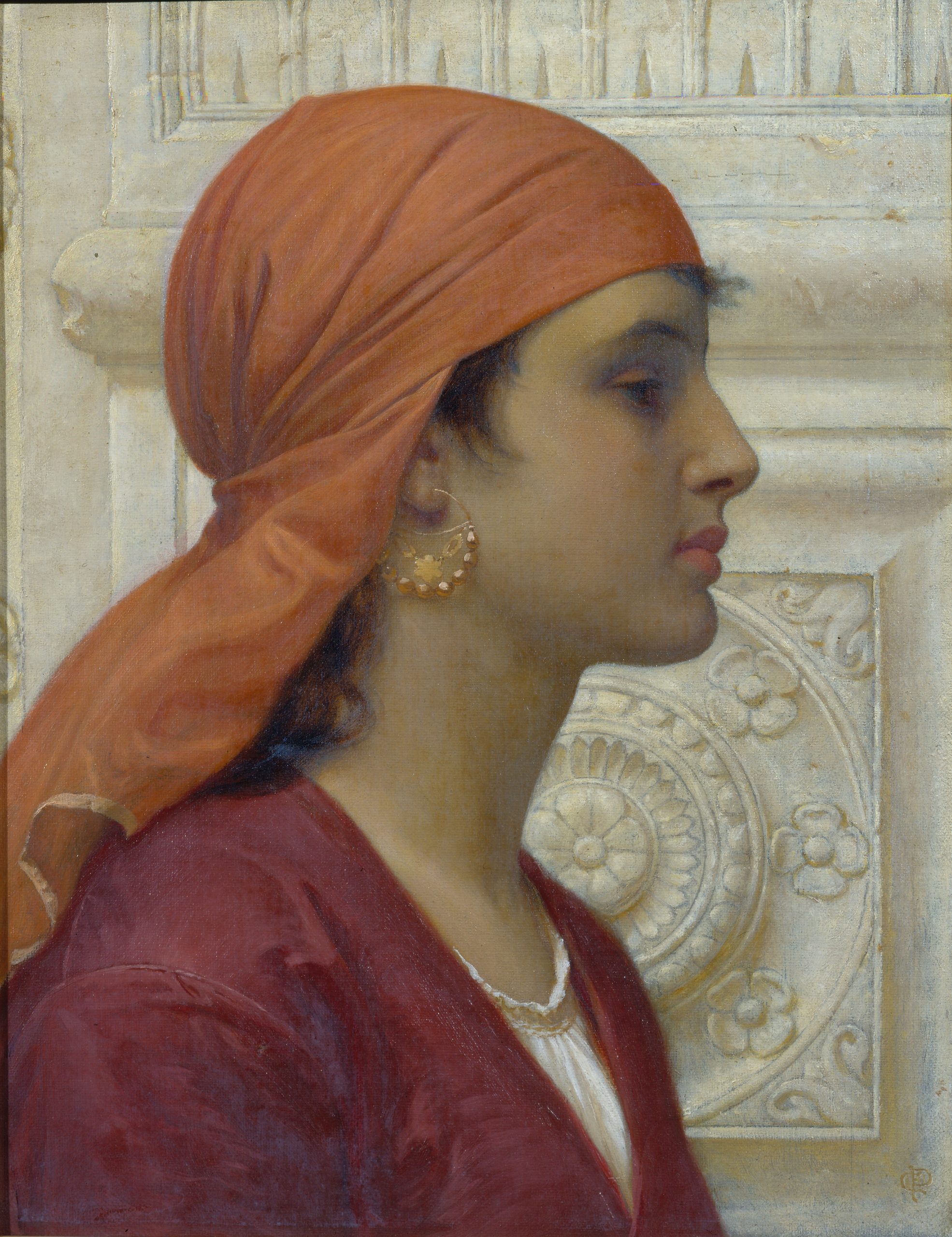 Charles Edward Perugini, originally Carlo Perugini, was an Italian born English painter of the Romantic and Victorian era. Perugini was born in Naples but lived with his family in England from the ages of six to 17. He trained in Italy under Giuseppe Bonolis and Giuseppe Mancinelli, and in Paris under Ary Scheffer. He became a protégé of Lord Leighton, who brought him back to England in 1863. Perugini may at first have worked as Leighton’s studio assistant. Under Leighton’s influence, he began as a painter of classical scenes; then “he turned to the more profitable pastures of portrait painting, and genre pictures of pretty women and children”.

In 1874, he married the youngest daughter of novelist Charles Dickens, who as Kate Perugini pursued her own artistic career, sometimes collaborating with her husband. Perugini’s 1878 picture ‘A Girl Reading’, perhaps his best-known single work, is in the collection of the Manchester Art Gallery. It was bequeathed by James Thomas Blair in 1917.