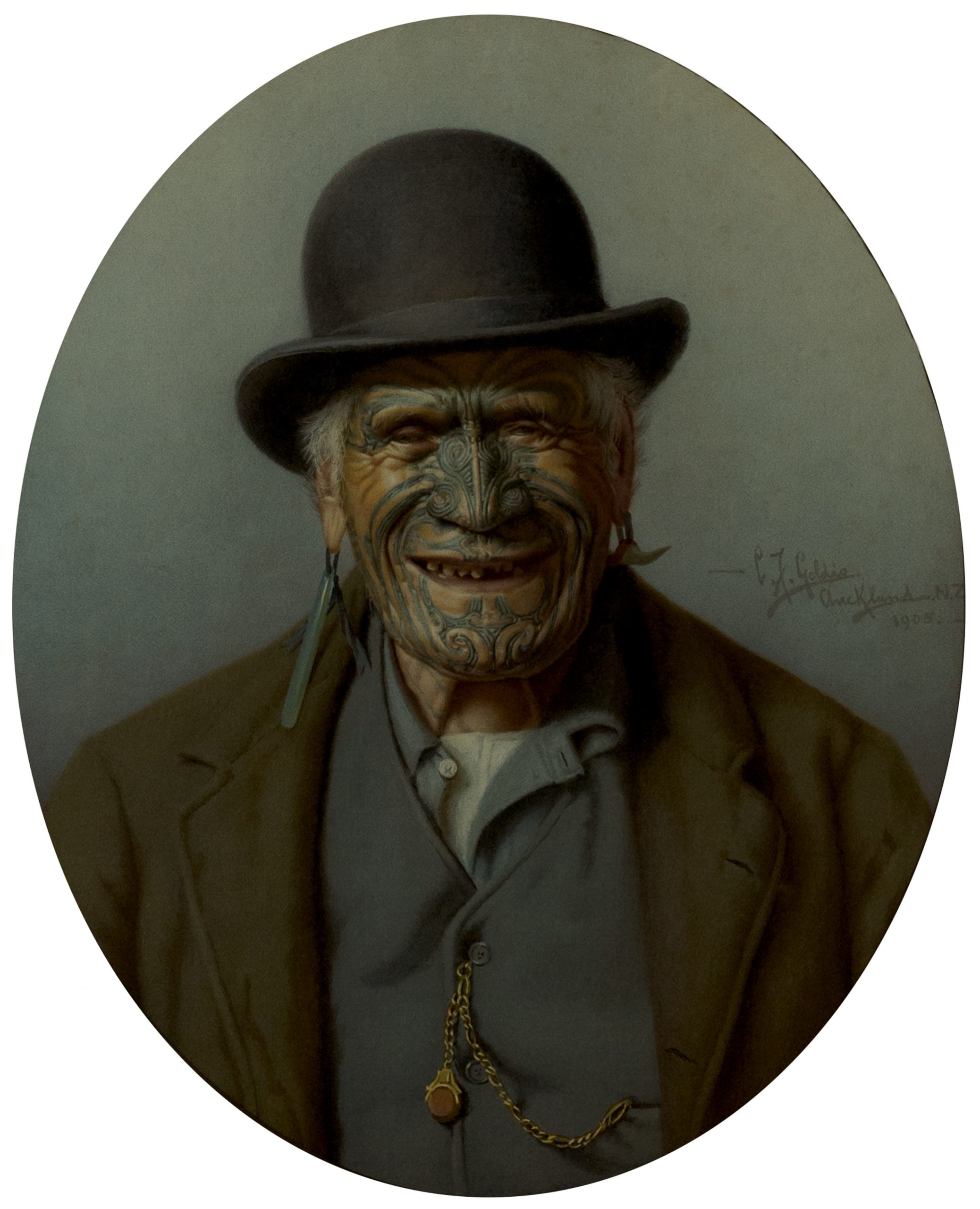 This is a print of the painting All ‘e same T’e Pakeha by Charles F. Goldie. It is a portrait of Te Aho-o-te-Rangi Wharepu in European costume, wearing a shirt, coat, waistcoat and a bowler hat. A veteran of the Battle of Rangiriri (1863), the sitter had a substantial reputation as a canoe carver and tattoo specialist, and was also an authority on Maori mythology and history.

When it was first exhibited, this work was known as ‘A Good Joke’ and a comment at the time claimed that ‘the old man is enjoying the joke of wearing the bowler hat of civilisation’. Both this remark and the painting’s title now seem rather insulting to such a high-born sitter but were typical of colonial attitudes of the time. Nonetheless this is a remarkable record of the meeting of two cultures, showing something of the impressive ability of Maori to adapt European ways to their own ends. Te Aho-o-te-Rangi Wharepu and Goldie were apparently on very good terms and it seems that this painting was made at the chief’s request.