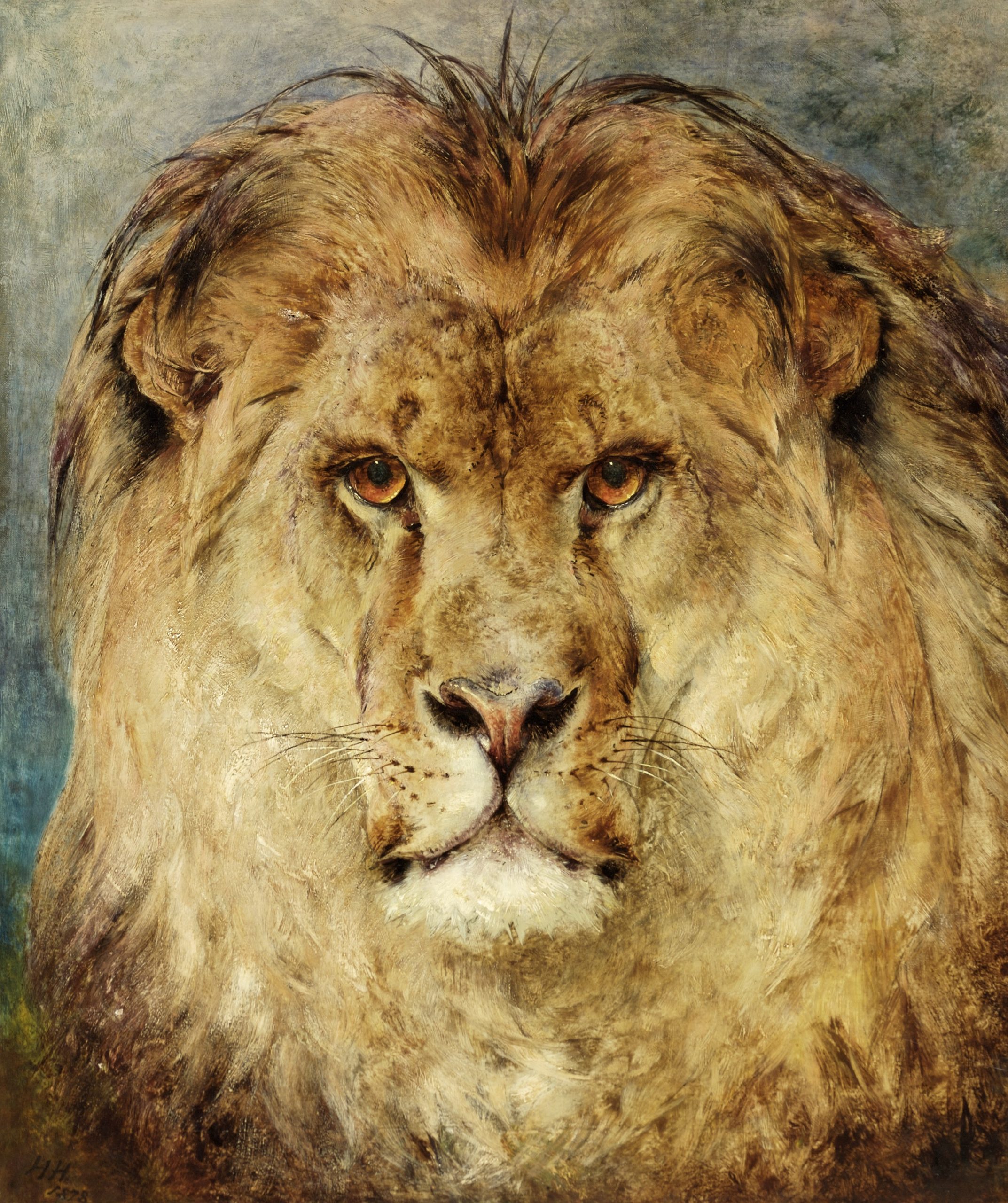 Exotic animals, such as this magnificent lion, were extremely popular subject matter for Victorian artists. As well as showcasing the lion’s awesome beauty, this painting demonstrates imperial might. Capturing animals (both physically and artistically) represented Britain’s conquest of distant and foreign lands.

The artist, Heywood Hardy, was a painter, watercolourist and engraver of animals, hunting and sporting scenes, genre and portraiture. He had visited Egypt in 1873 to paint wildlife, but was also a frequent visitor to London Zoom, closely studying the anatomy of animals and birds with zoologists. He was even allowed to buy a dead lioness, which he had stuffed and mounted, to assist his artistic studies.