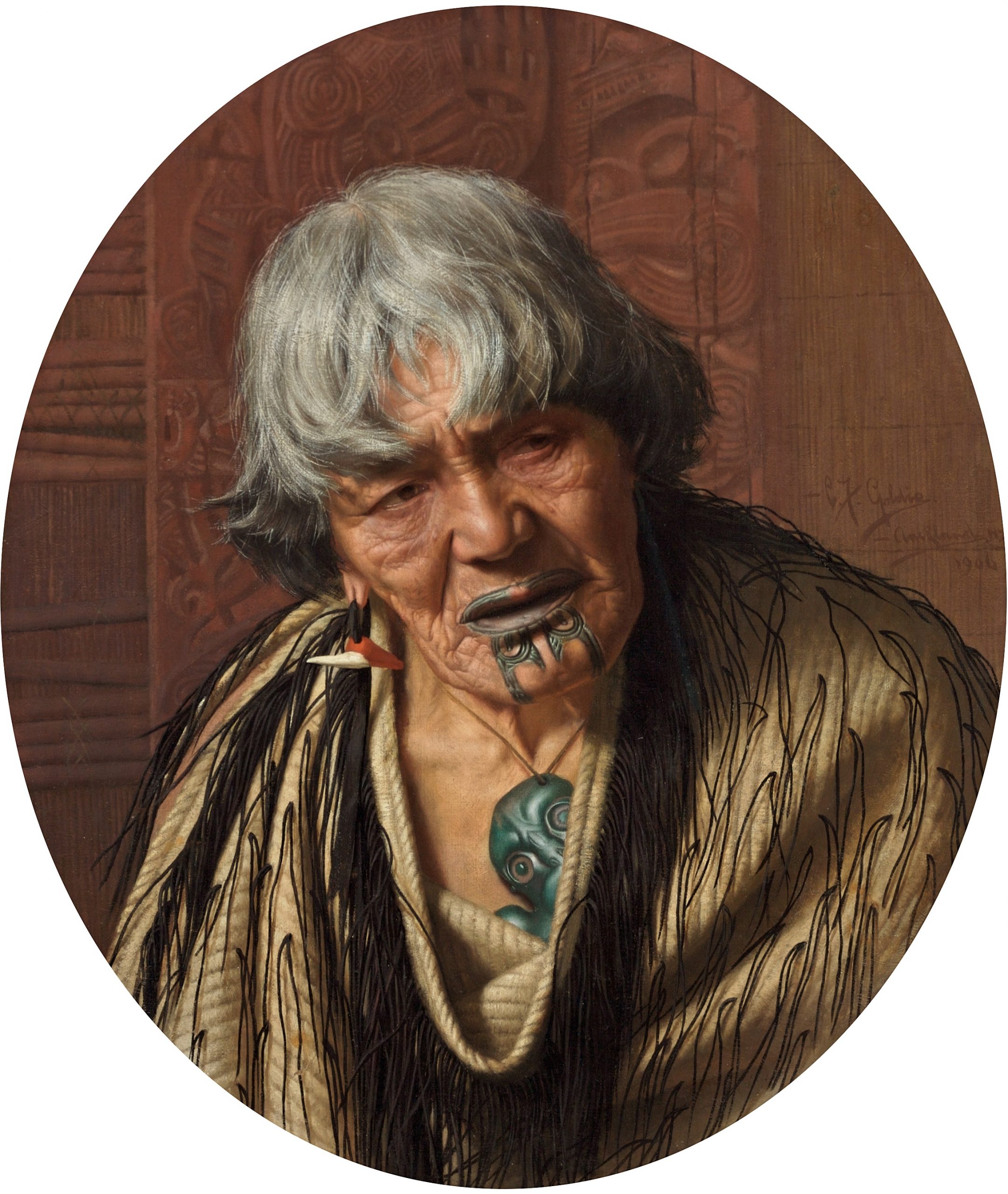 Goldie called his portraits of Māori sitters ‘Ethnographs’ and he concentrated on high status individuals such as Harata Rewiri Tarapata of the Ngāpuhi people.

She is shown wearing various items which indicate her rank. The Hei Tiki pendant she is wearing is made from Greenstone (pounamu) which the Maori regard as a supernatural substance superior to anything else. She is also wearing a shark’s tooth earring (mako) which is fixed with red sealing wax. The Māori associate sharks with strength and ferocity while red signifies sacredness and value.

The real signifiers are her facial tattoos (moko) which are confined to her mouth and chin. Such tattoos went out of fashion in the 1920s but are now seeing a resurgence.