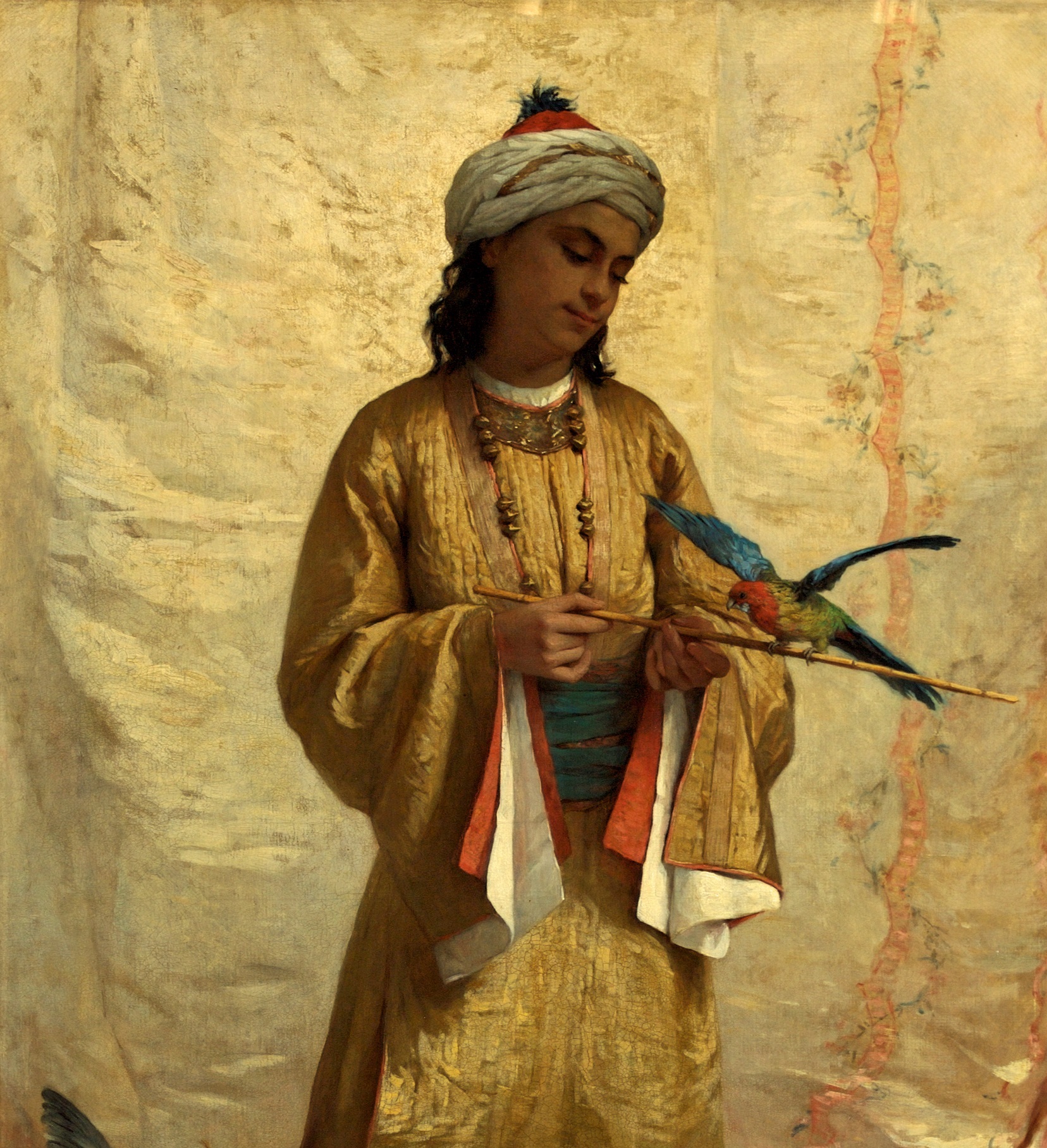 A Moorish Girl with Parakeet

A Moorish Girl with Parakeet

Henrietta Browne was a pseudonym adopted by Sophie Boutellier in 1853. Sophie came from a privileged background as her father was a Count. Sophie’s mother was widowed at a young age and insisted Sophie pursued an arts education in case she needed to be economically independent. In 1851, Sophie attended Charles Chaplin’s class for female artists. Here she studied from live models, gaining knowledge of body proportions and movements. Sophie adopted the pseudonym Henriette Browne and, in 1853, submitted her first work to the Paris Salon. It was not deemed appropriate for a lady to also be a professional artist.

Sophie travelled to Constantinople, Morocco, Egypt and Syria. On a trip to Constantinople, she visited a Turkish harem gaining first-hand knowledge of this private space. This contributed to the unique manner in which she portrayed the female community in her paintings that broke with the male Orientalist tradition. A Moorish Girl with Parakeet is typical of her orientalism. However, the tonal qualities of the face have been darkened after it was painted from the model, for it is not in shadow and should have highlights as the hands do.

Sophie achieved an artistic reputation in England and France and exhibited regularly at the Paris Salon and the Royal Academy. She received the patronage of Emperor Napoleon III and Empress Eugenie, a reflection of her fashionable status. 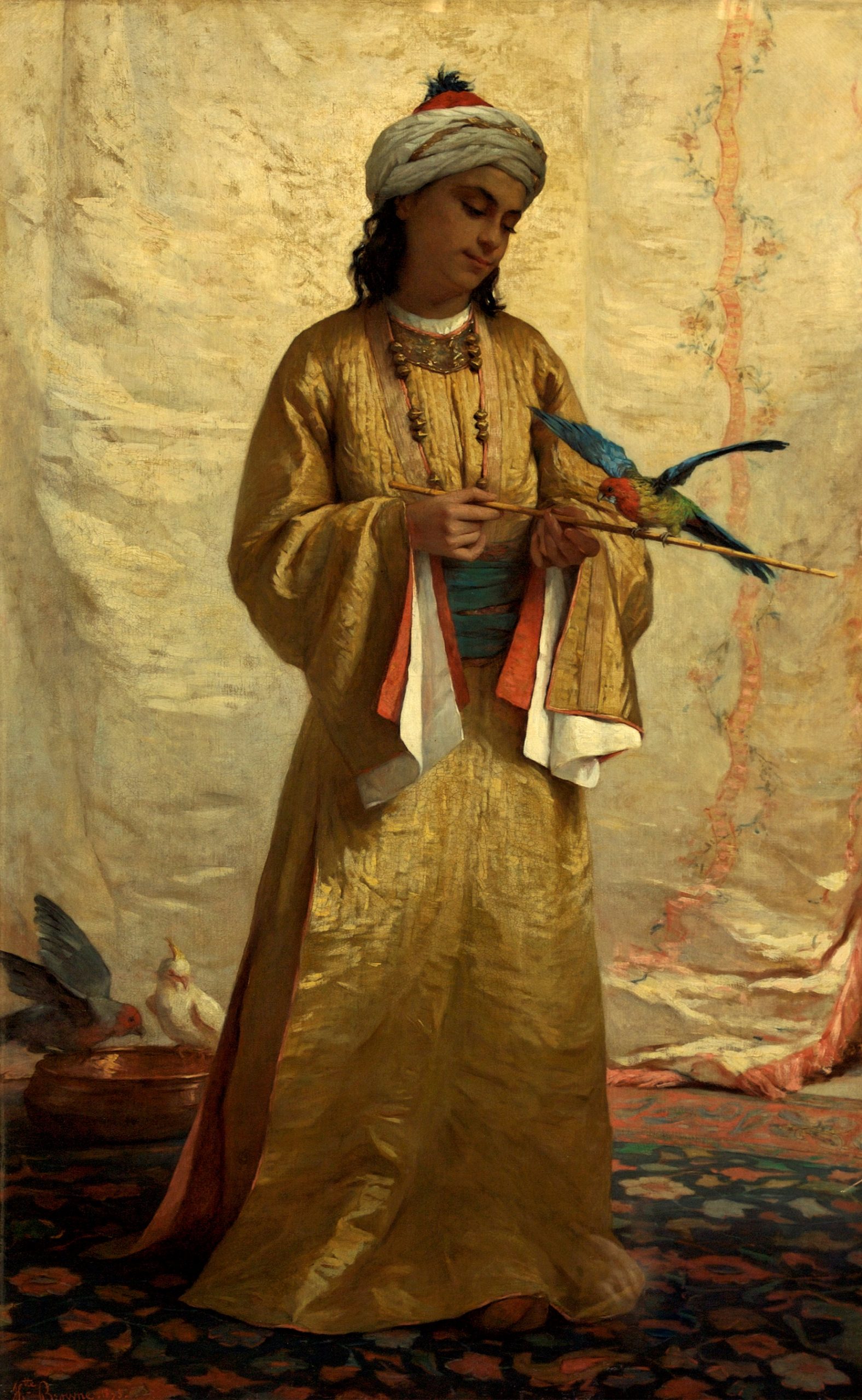