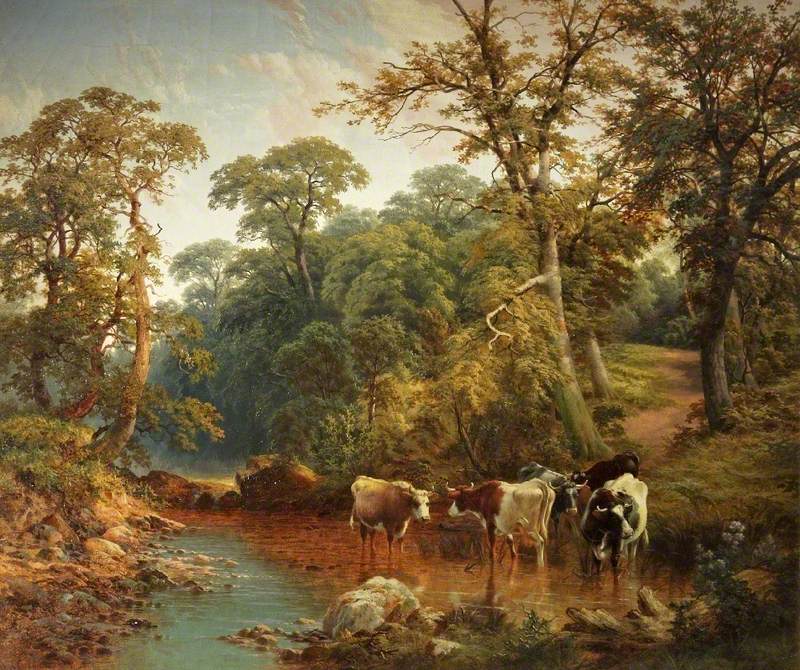 Thomas Creswick was born in Sheffield and studied in Birmingham under the landscape painter J. V. Barber. British landscapes featuring streams and woodlands, as in this picture, were his favoured subjects.

Creswick came to London in 1828 and his depictions of Britain’s unspoilt countryside became extremely popular among rich city dwellers. He was particularly admired for the cool greens he used in his palette which he combined with silvery effects of aerial perspective. To keep up with demand Creswick was extremely active, producing numerous book illustrations as well as paintings.