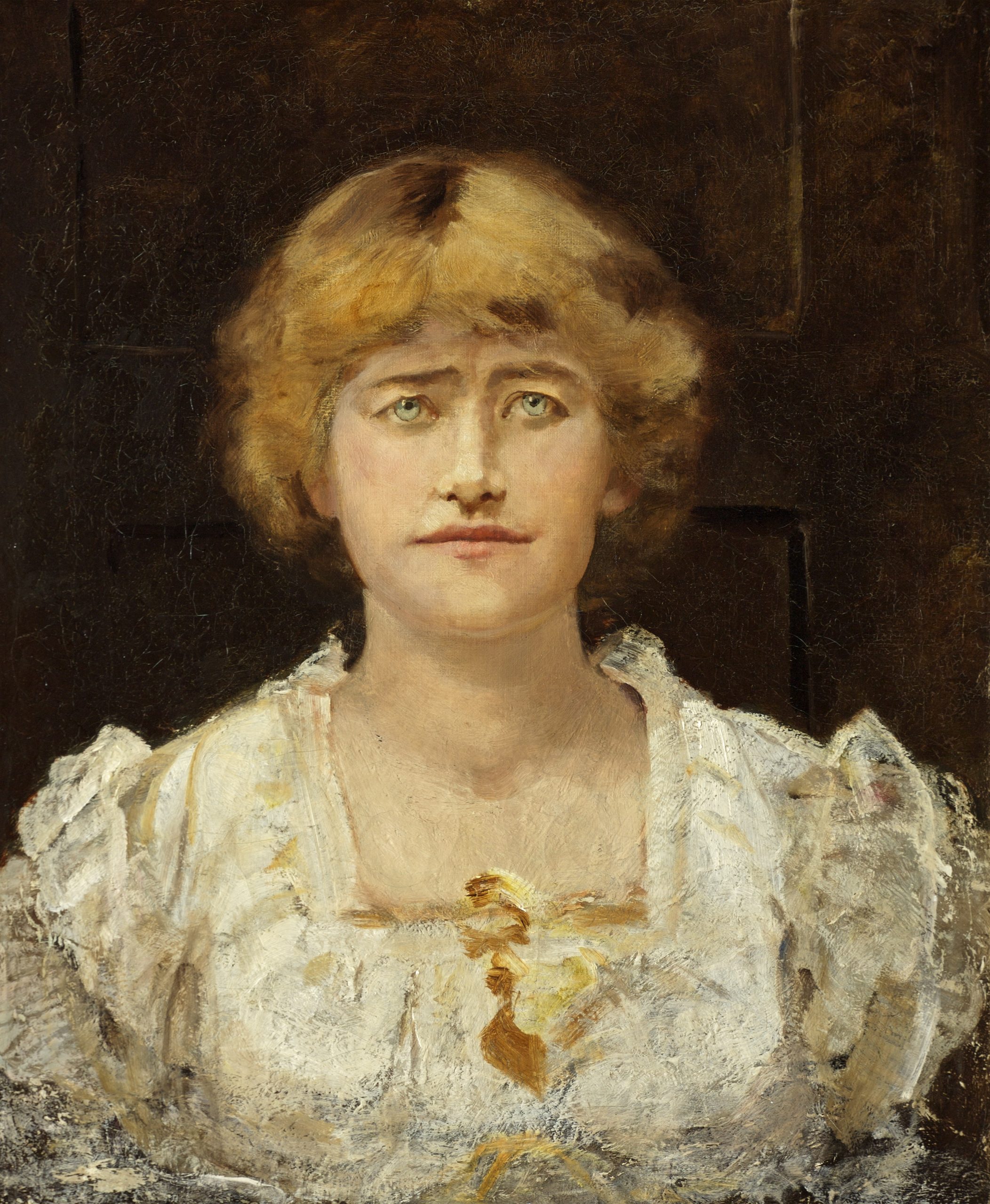 A Sketch of Ellen Terry at Halliford

This portrait of stage actress Ellen Terry by Edward Matthew Hale was painted in 1881. In 1878, she had joined Henry Irving’s company as his leading lady. Two of her most famous roles were Portia in The Merchant of Venice and Beatrice in Much Ado About Nothing. Married briefly to the artist, GF Watts, at the age of 16, Terry was known as the Painters’ Actress due to her brilliant sense of colour and costume. Her illustrious fans included Edward Burne-Jones and the architect/ designer Edward Godwin, the father of her children, and writers Henry James, George Bernard Shaw and Oscar Wilde. Her great-nephew was the great Shakespearean actor, Sir John Gielgud (1904-2000).

Hale was born in Hastings and educated at Marlborough College, followed by art training in Paris from 1873 – 1875. From 1877-78 he worked as a war artist for the Illustrated London News following the Russian army in the Russo-Turkish War. He was a painter of classical, genre and mythological works. Most of his genre scenes are of army life, or the sea.