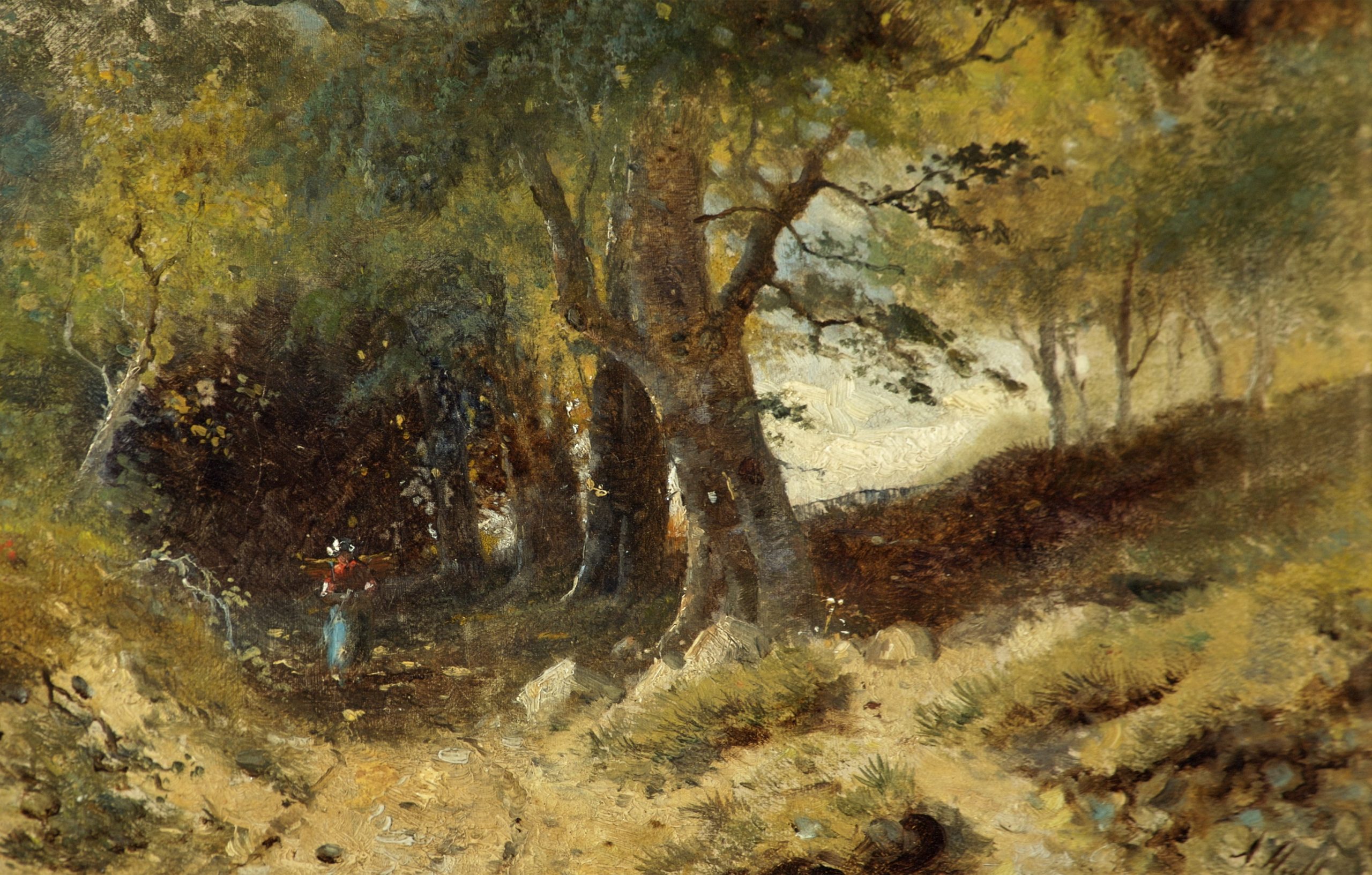 This painting is a departure from the artists better-known marine works, the ‘Ride’ in title referring to a trackway. These were often ditched and drained to aid the movement of horse-drawn vehicles. You can see the high banks on either side.

Abraham Hulk was born in London into a family of mainly marine artists. He initially trained as a portraitist under Jean Augustin Daiwaille (1786–1850) before continuing his artistic education at the Rijksacademie in Amsterdam.

In 1833 he travelled to Boston and New York before moving to the Netherlands. In 1870 he came back to London where he spent the rest of his life, becoming well-known and admired for his marine paintings. His work was exhibited in the Royal Academy in London from 1876 to 1890.