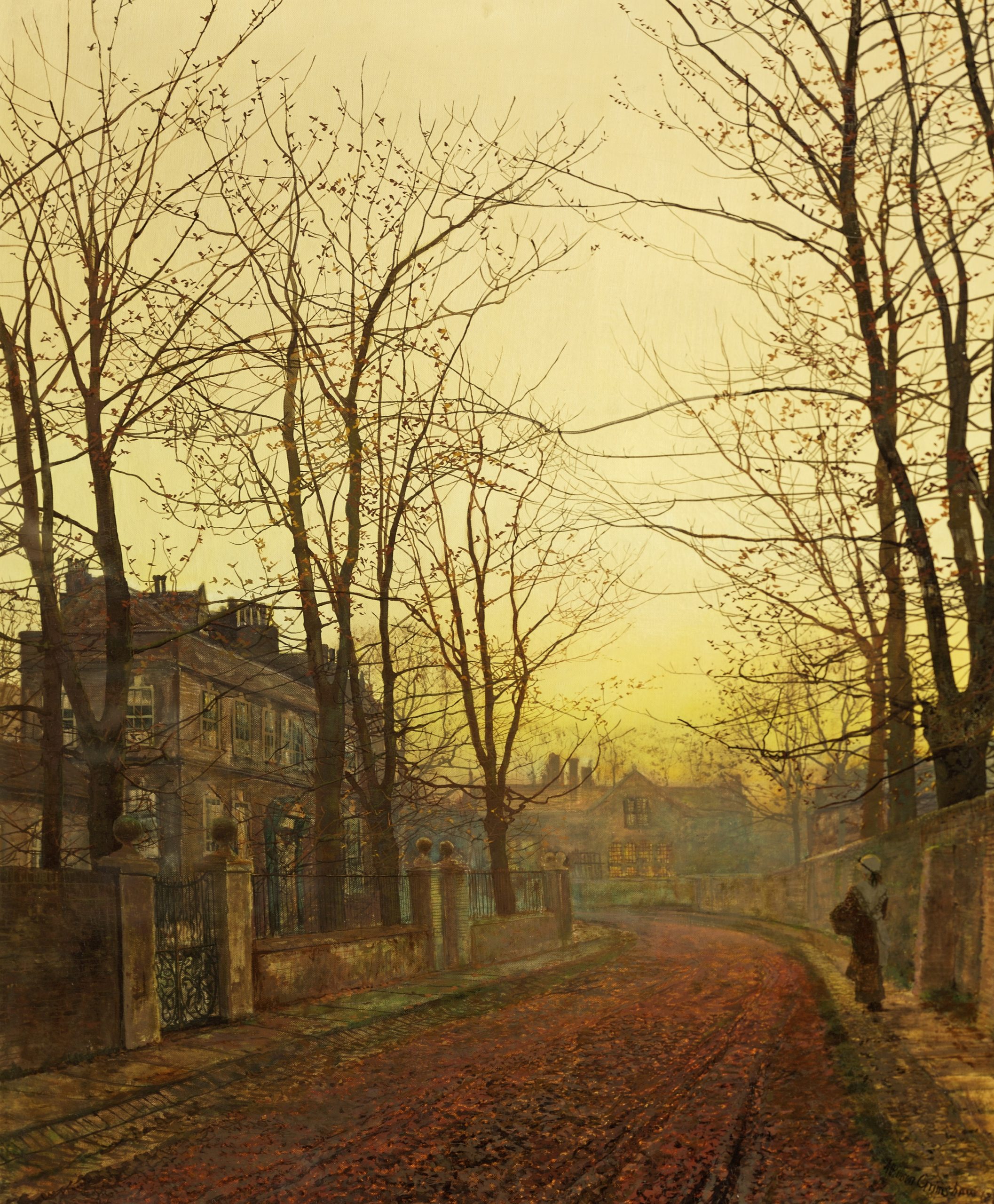 While the title ‘An Autumn Idyll’ might suggest a rural scene, this painting shows an urban scene bathed in autumn light.

John Atkinson Grimshaw was born in Leeds on the 6th September 1836.  In 1861, at the age of 24, and to the dismay of his parents, he left his job as a clerk for the Great Northern Railway to become a painter. He first exhibited in 1862 under the Patronage of the Leeds Philosophical and Literary Society, and gained popularity through the 1870’s.

Grimshaw’s primary influence was the Pre-Raphaelites and true to the Pre-Raphaelite style, he created landscapes of accurate colour and lighting, vivid detail and realism, often typifying seasons or a type of weather. Moonlit views of city and suburban streets and of the docks in London, Hull, Liverpool and Glasgow also figured largely in his art. His careful painting and his skill in lighting effects meant that he captured both the appearance and the mood of a scene in minute detail.

Grimshaw’s accuracy and drive for realism was criticised by some contemporaries, with one critic claiming that his paintings ‘showed no marks of handling or brushwork’ meaning that ‘not a few artists were doubtful whether they could be accepted as paintings at all’. However, other contemporaries recognised his mastery of lighting and technique, and James McNeill Whistler, whom Grimshaw would go on to work with in his Chelsea studios, stated, “I considered myself the inventor of nocturnes until I saw Grimmy’s moonlit pictures.” Today, he is considered one of the most renowned painters of the Victorian era, as well as one of the best and most accomplished nightscape and townscape artists of all time.