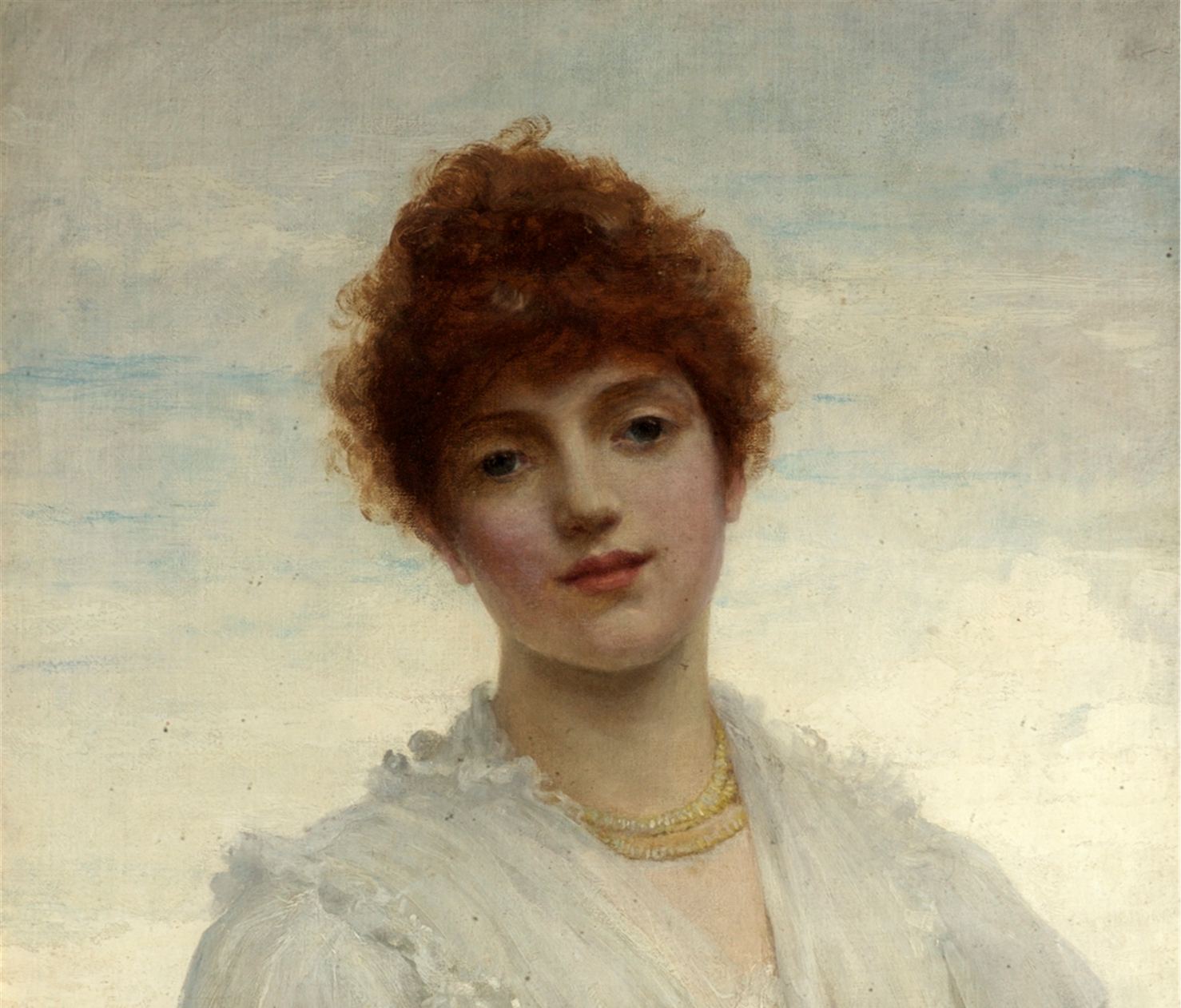 Sir Lukes Fildes was one of the leading painters of the Victorian period. His reputation was initially gained through his drawings for the illustrated weekly, The Graphic and his illustrations for Charles Dickens’ last novel, Edwin Drood.

He began to paint in oils in the 1870s and saw success initially as a painter of social realism in pictures such as The Widower (1876) and Admission to the Casual Ward (1874) based on his 1869 drawing for The Graphic, Houseless and Hungry.

He later painted many genre scenes that became icons of the Victorian period such as The Village Wedding and The Doctor (1891). He also painted many genre scenes of Venice in the 1880s which bore a similarity to the style of Eugène de Blaas. This painting by Fildes was initially thought to be of a Venetian subject, although a letter from Fildes in 1926 noted that “it would be better to call it An English Girl…” 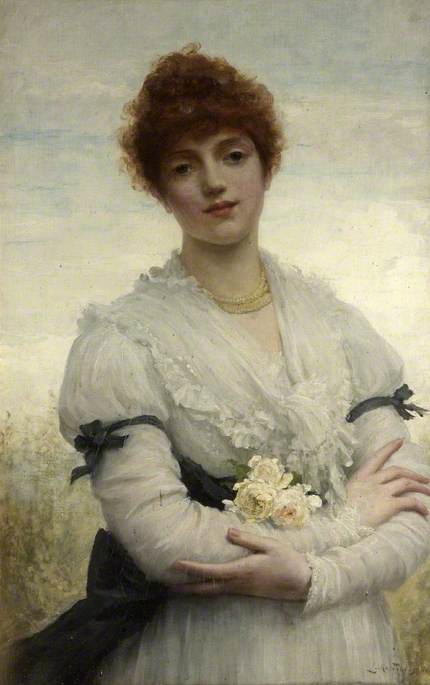