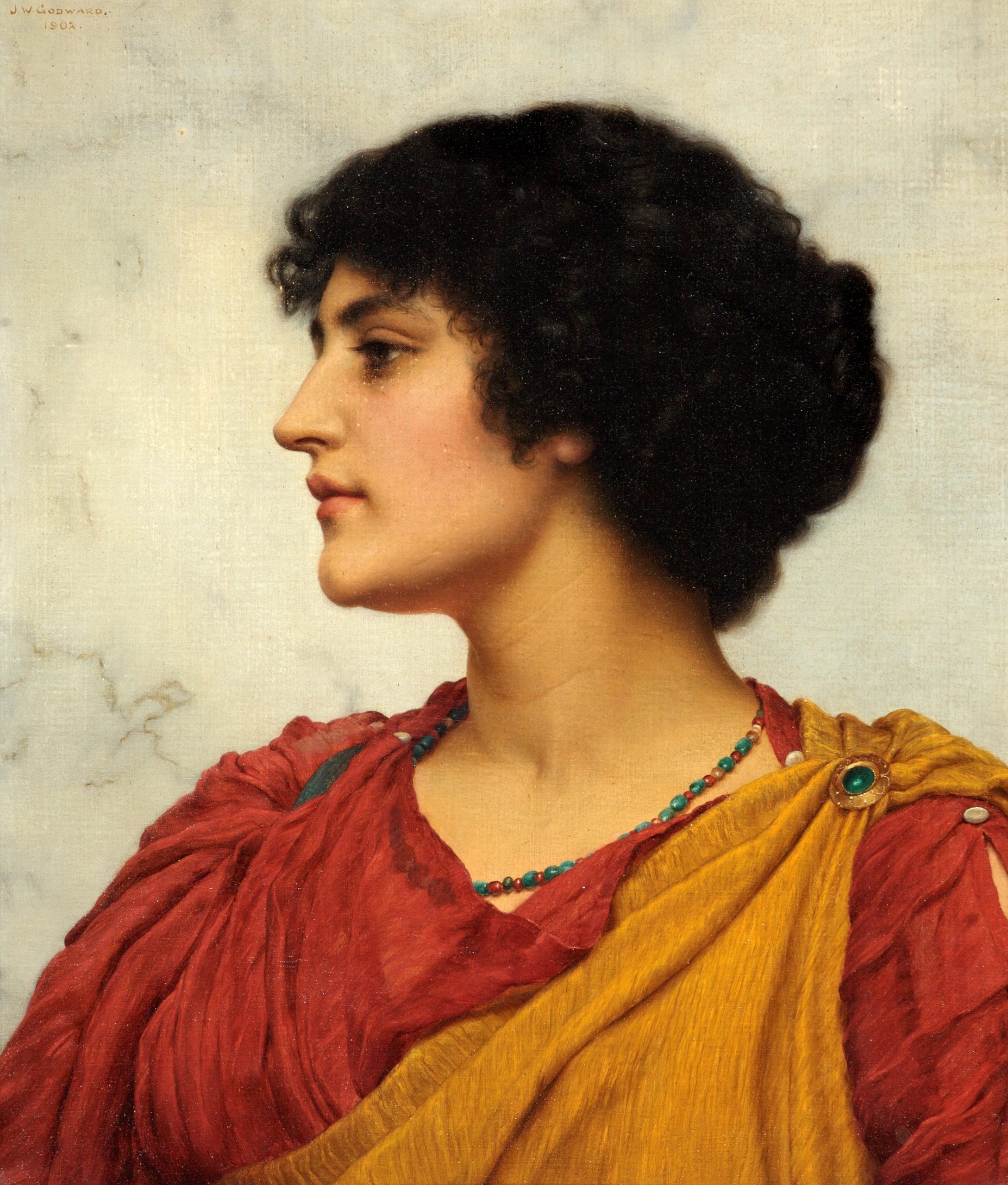 In common with many contemporary painters Godward was a ‘High Victorian Dreamer’ producing images of an idealised and romanticised world. He established a reputation for painting young women in classical dress set against a marble backdrop.

He had an ability to convey with sensitivity and technical mastery form and texture. The only uncharacteristic feature in this painting is the addition of jewellery. Merton’s taste in art veered towards the academic and classical as in this painting. John William Godward was a Victorian Neo-Classicist and most of his paintings feature women in classical dress posed against classical landscapes. He was a protégé of Sir Lawrence Alma Tadema. From the late 1880s Godward exhibited regularly at the Royal Academy and the Royal Society of British Arts, where he gained membership in 1889. Prints of his works contributed to his growing popularity.

When he moved to Italy with one of his models in 1912, his family broke off all contact with him and even cut his image from family photographs. He lived and painted in Rome which provided him with new ideas. However, he was plagued by poor health, depression and his artistic output declined. His style of painting fell out of favour. He committed suicide at the age of 61 and is said to have written in his suicide note that “the world is not big enough for myself and a Picasso“.