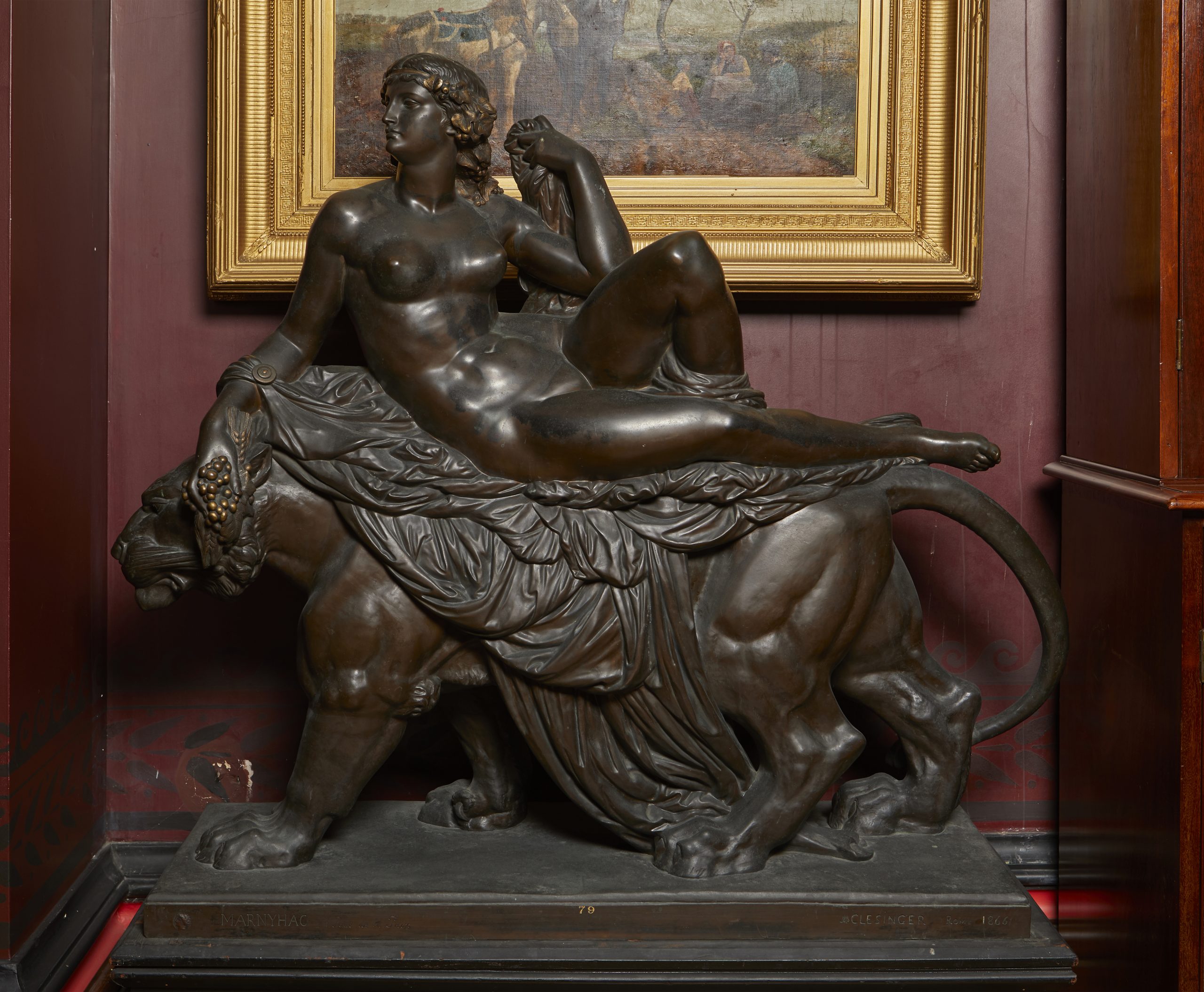 Ariadne on the Panther

Ariadne on the Panther, or Bacchante Riding on a Lion

In Greek mythology, Ariadne was the daughter of King Minos of Crete. She fell madly in love with Theseus and helped him escape from the labyrinth and the Minotaur. Theseus however, abandoned her shortly after the pair eloped from Crete. Ariadne later married Dionysus, god of wine. She is shown here reclining on a panther, holding a bunch of grapes, both of which are symbols of Dionysius.

The sculpture was also called ‘Una and a Lion’ – probably named by Merton due to a coin showing Queen Victoria as Una and a Lion, which was a famous subject in Victorian times.

Clésinger was born in France and studied under his father who took him to Rome in 1832 where he worked briefly in Thorvaldsen’s studio. For a period he travelled in Europe before settling in Paris. In 1847 he achieved success with Woman Bitten by a Snake at the French Salon which helped propel him into the public consciousness.  In 1864 he became an officer of the Legion of Honour.  Clésinger’s career was punctuated by great success and high patronage including working on a State commission for a statue of Francois I (1854-1856). By 1867 he had grown tired of the Salon and exhibited his work independently. He specialised in portrait busts and equestrian statues on a grand scale. His exquisite marble works were later reduced to a smaller scale and cast in bronze. Clésinger’s erotic female busts were considered shocking by his contemporaries. 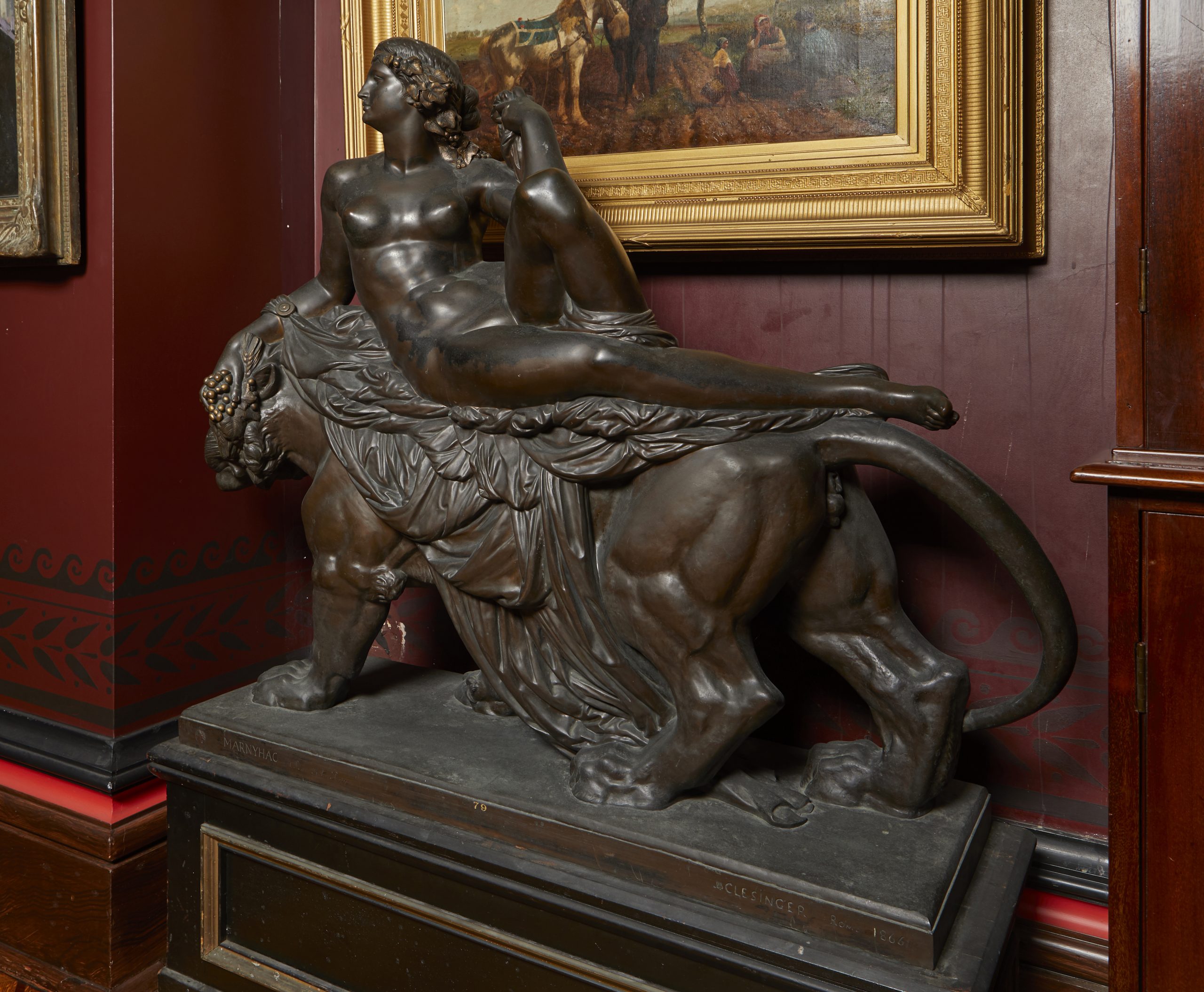