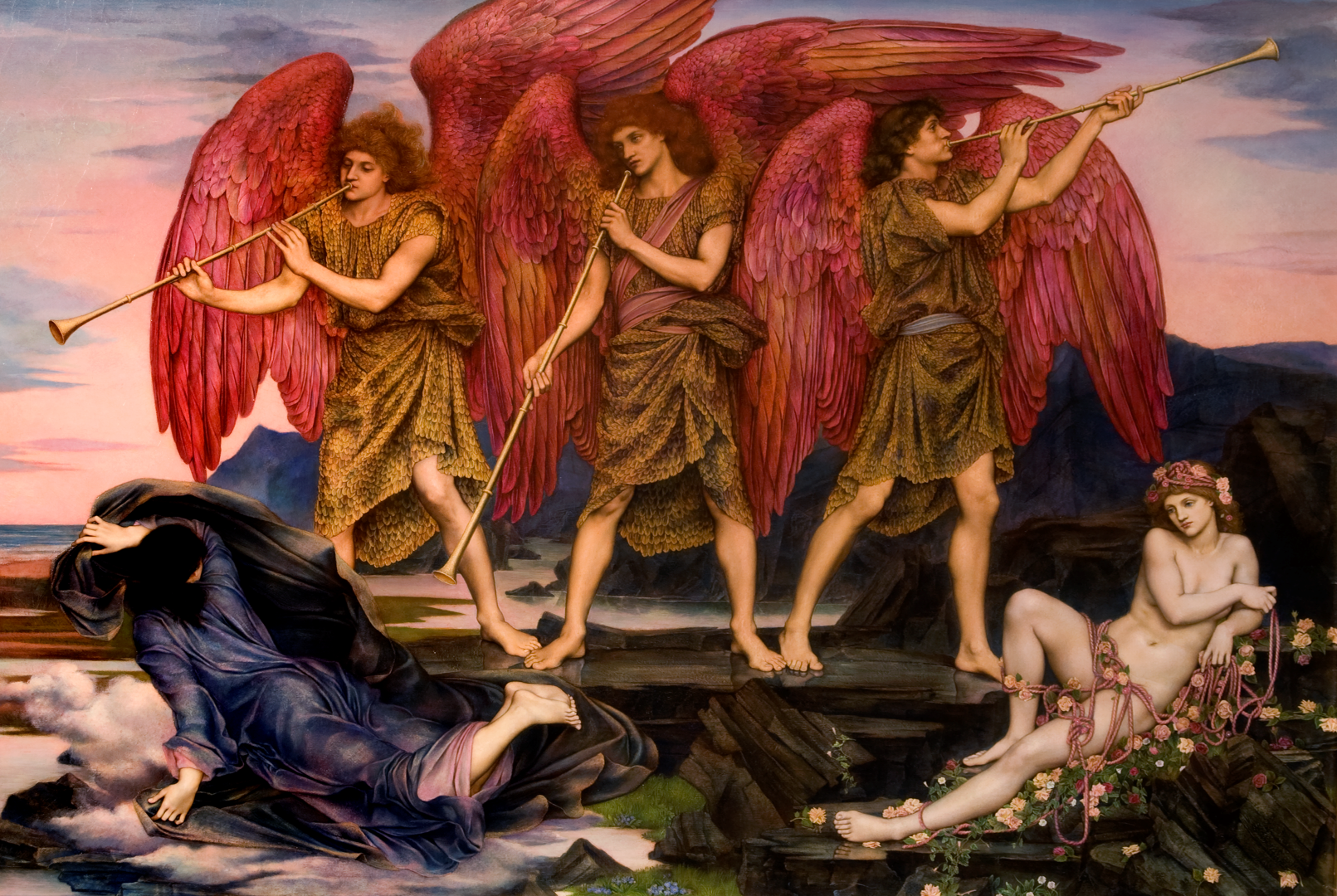 The painting tells the story of Aurora, goddess of Dawn, overcoming the bonds of night. She is in the right-hand corner, and is nude, with carefully draped ropes of pink roses, her body is white, a symbol of goodness, purity and spirituality. Three angels with pink wings and wearing golden tunics are blowing their trumpets to announce the beginning of a new day. On the lower left of the picture is Nix, the goddess of Night. She is giving way to Aurora, only to return at the end of the day.

In the left-hand corner of the painting are initials EBJ, 1886, meant to be Edward Burne-Jones, the famous Pre-Raphaelite painter. However, the initials are fake, Aurora Triumphans was painted by Evelyn de Morgan (nee Pickering).  This was probably a deliberate alteration from Evelyn Pickering’s own initials ‘EP’ by an unscrupulous dealer.

Evelyn De Morgan came from a wealthy background, and was schooled at home.  Her family initially discouraged her from pursuing her artistic ambitions.  According to a letter from her sister, she would paint secretly in her room, after blocking up any holes in the door that would let the smell of paint drift into the house.  Eventually she persuaded her parents to allow her to attend the Slade School of Art, where she studied under the neo-classical painter, Sir Edward J Poynter.  She won first prizes for her studies from antiquities and still life, and was awarded a scholarship for three years.

De Morgan was also influenced by her uncle, the Pre-Raphaelite painter John Roddam Spencer-Stanhope.  Whilst visiting him in Florence she studied the Renaissance artists, with Botticelli being a favourite.  During this period she moved away from the classical emphasis of her schooling, and developed her own style.  Her work does bear comparison with that of Burne-Jones, although her female figures are generally more athletic and robust than his more waif-like women.  In this painting the nude figure is particularly modest, with her arm across her breasts.

Another major influence on De Morgan’s work was her belief in Spiritualism, which she shared with her husband, the ceramicist William De Morgan.  Spiritualism is a religious movement that began in the Mid 19th Century.  It focuses on the evolution of the spirit during earthly life in preparation for the afterlife.  Followers also believe in communication between the inhabitants of our own world, and other supernatural realms.

De Morgan’s paintings often contain symbolic female figures personifying Dawn, Dusk, Night, and Sleep.  She used the contrast of light and dark, day and night, to represent the positive triumph of love, hope and wisdom over egotism, despair and ignorance.

Watch a video about Aurora Triumphans 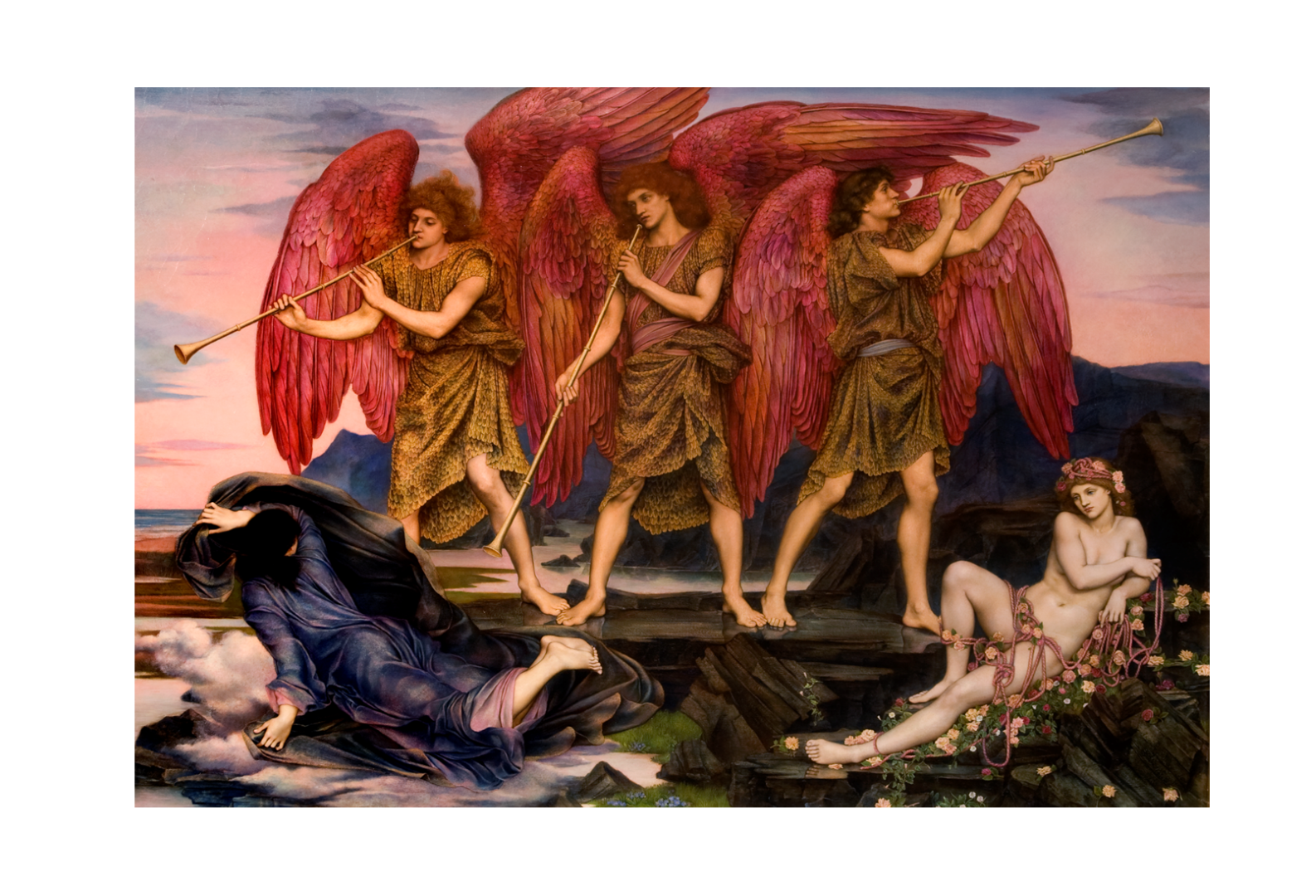 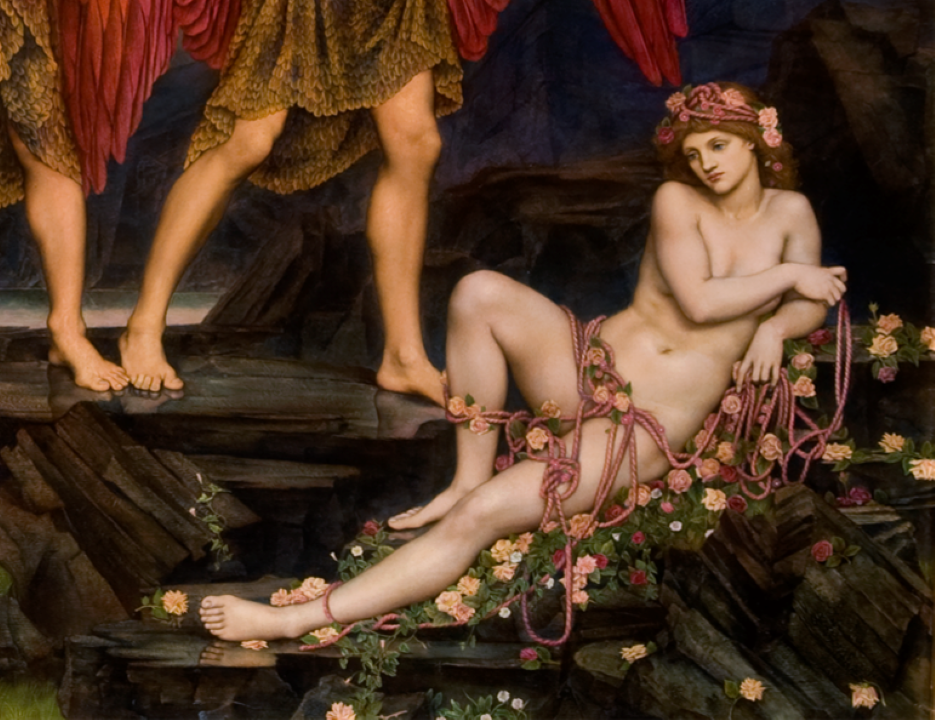 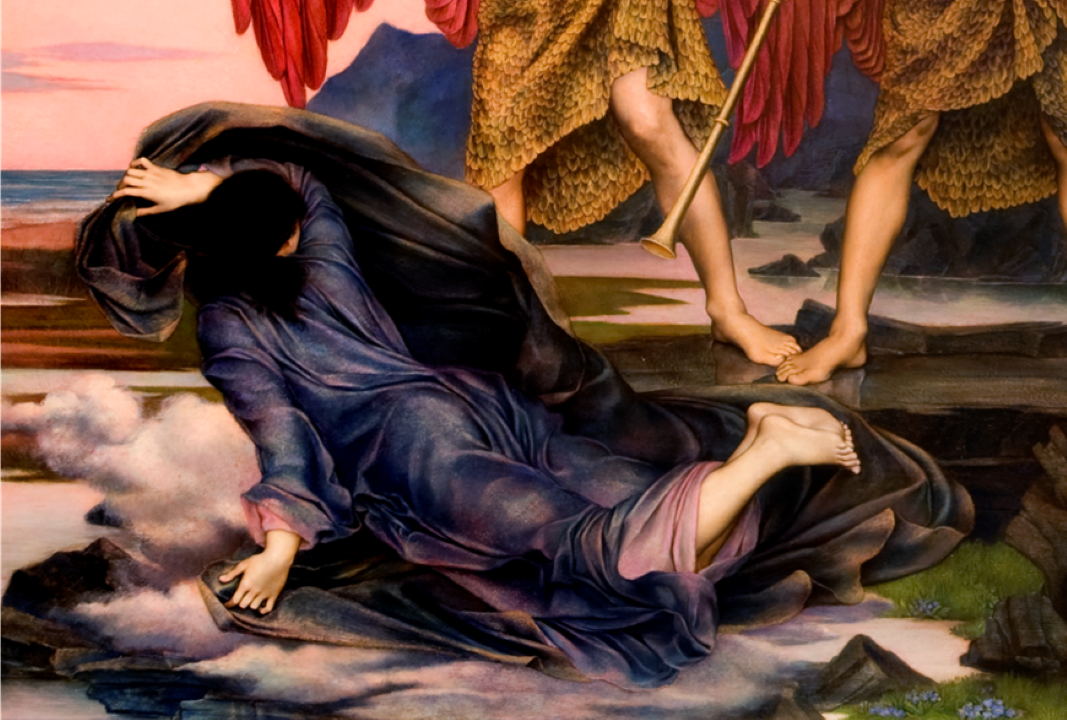