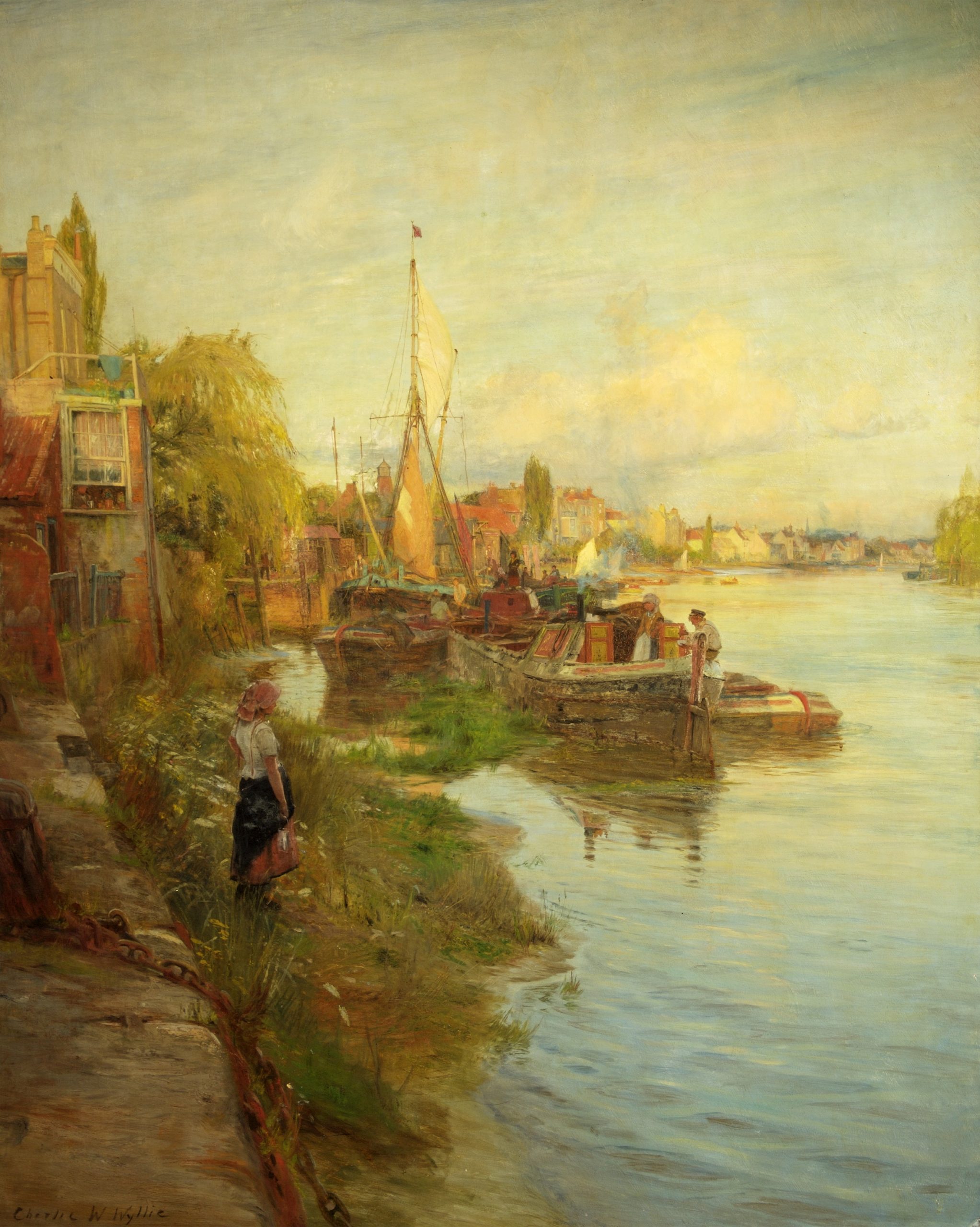 Barges on the Thames

Barges on the Thames

The image shows a view of the Thames river front that could be at Strand-on-the-Green or Chiswick looking towards Hammersmith, with Hammersmith Bridge just out of sight. Wyllie was particularly fond of painting life on the Thames. Like his better-known elder brother, William Lionel Wyllie, Charles was a well-known painter of landscapes, marine and coastal scenes as well as an illustrator. His best works are those depicting the Channel coast, the Thames and Venice.

However, Charles moved away from straightforward representations of the British coastline and developed an interest in painting allegorical and mythological subjects beside the sea.  He favoured compositions with a crowd of young women or water-nymphs dancing or running through the foreground and the ocean in the background.

Wyllie studied at the Royal Academy Schools but was never elected a Royal Academician. He exhibited his works there and in other London galleries. Charles showed precocious talent and one of his paintings, Digging for Bait (Tate Gallery), was bought for the Chantrey Bequest when he was only twenty-four which was a considerable honour. Sir Francis Chantrey RA bequeathed a fortune so that British paintings and sculpture could be bought for public national collections of British fine art.