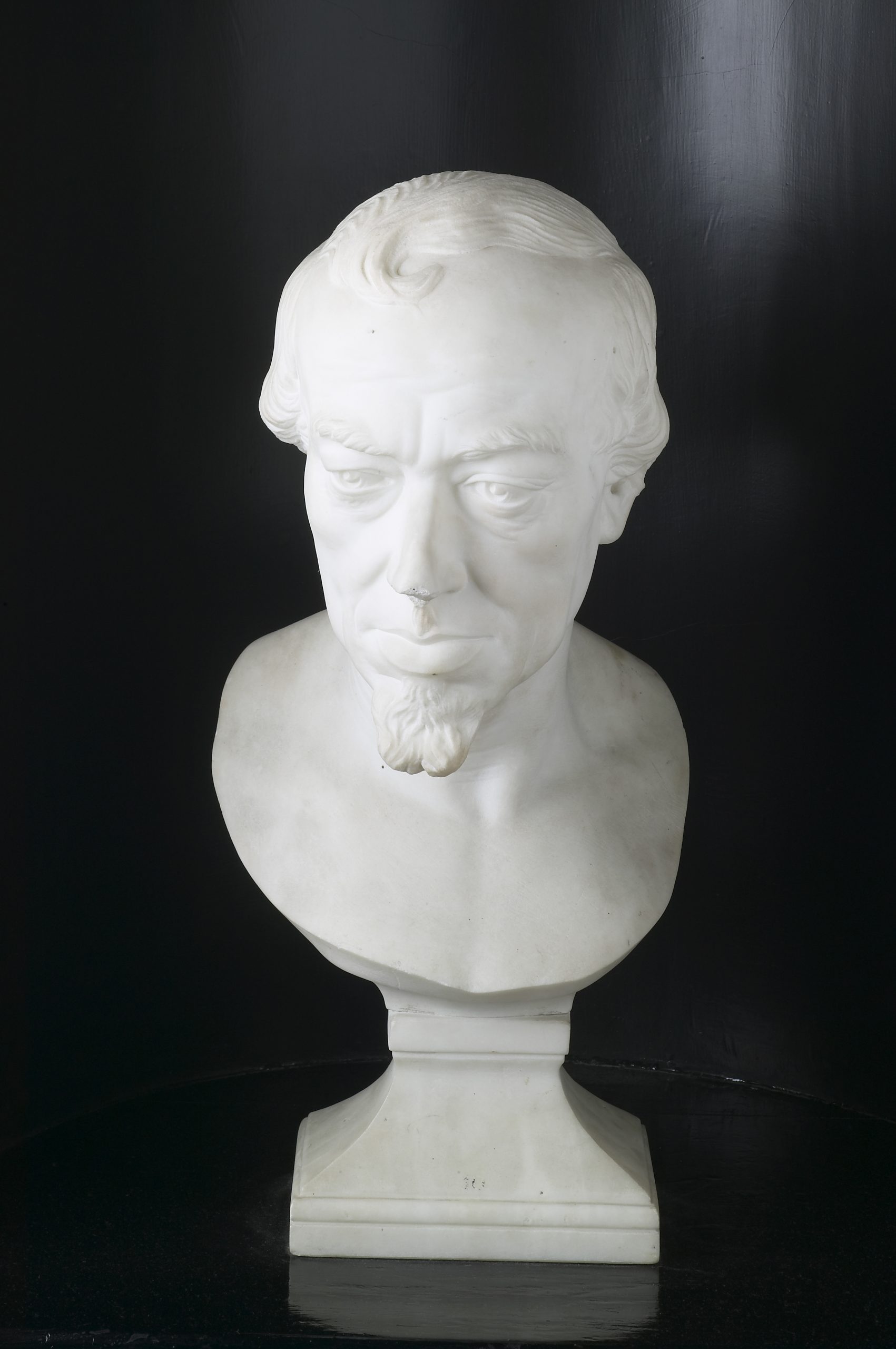 Benjamin Disraeli was a British Statesman and novelist who was twice Prime Minister (1868, 1874-80), who provided the Conservative Party with a two-fold policy of Tory democracy and imperialism.

The artist has executed a remarkable study of this empire builder in whose memory the Primrose League was founded. Although it is a comparatively early portrait (he was only 38), it faithfully conveys his strength of character and his dominant personality. We can claim a local link with him because he held his cabinet meetings at the Royal Bath Hotel. According to ‘Home and Abroad’, Sir Merton Russell-Cotes purchased this bust from the sale of items from the Beaconsfield Club in London during the 1880s. William Behnes was born in London in 1800. His father was a Hanoverian piano forte maker who had settled in London. They moved to Dublin, where it was intended to train him for his father’s business, but he displayed such a talent for design that he gave up this occupation and became a pupil in the School of Design of the Royal Dublin Society. On returning to London, his first efforts were in the field of portrait painting and one of his first works, a portrait of Lord Eldon sitting in court, was pronounced an admirable likeness. He continued this line of art with great success for a time and then turned his talent to sculpture. The first bust he sent to the Exhibition of the Royal Academy was greatly admired and placed between the 2 busts of Chantrey’s and he quickly became known as one of the most skillful bust sculptors of the period.