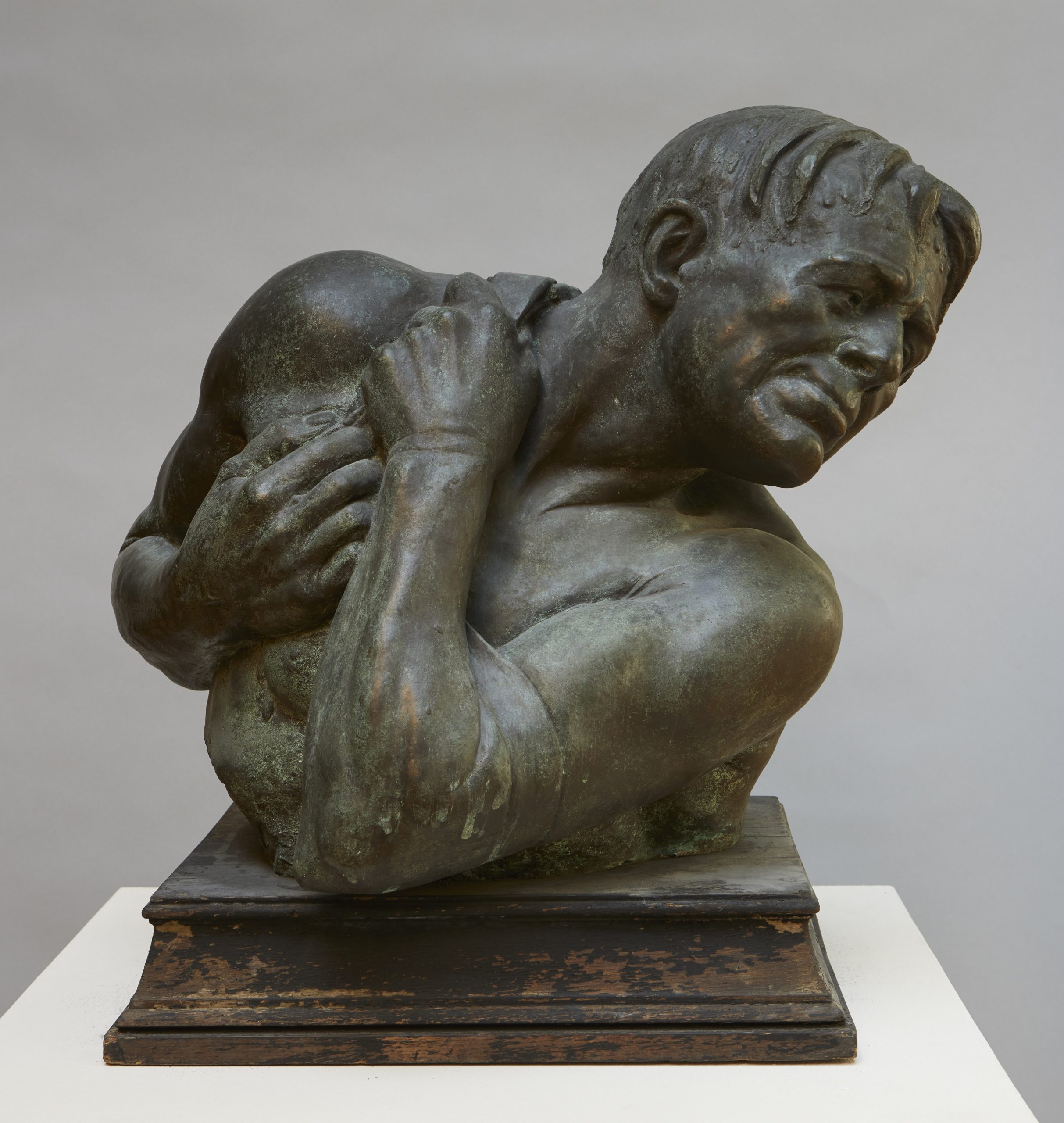 The title of this work refers to the famous speech given by Prime Minister Winston Churchill, and the model was a soldier stationed near to where the sculptor was living at the time.  Writing in a Russell-Cotes Art Gallery & Museum Bulletin in 1942 Norman Silvester states that ‘Under protest, the curator acted as his model, and vented his spleen by interrupting the modeller with many questions relating to his art’.

This bronze is cast from a plaster model, which itself was lent as part of the 1943-1944 Exhibition of Sculpture by Living Artists and Miniatures, by Members of the Society of Miniaturists.

Samuel William Ward Willis studied at the Royal Academy and is known for his sculptures of dogs and racehorses. When he retired, he lived in Parkstone and being local, he gave a demonstration of modelling in clay for the exhibition.