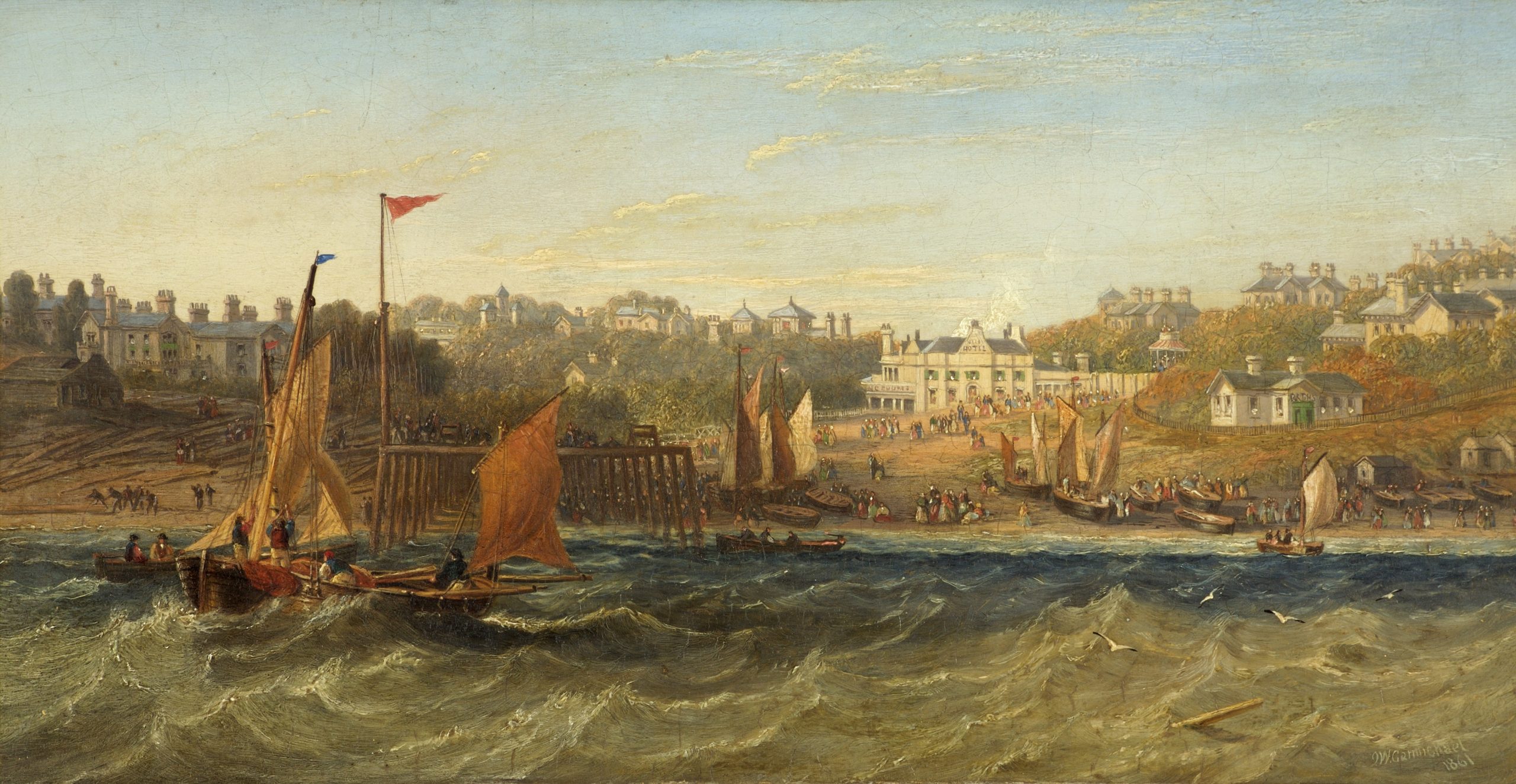 Bournemouth from the Sea

Bournemouth from the Sea

This painting is of Bournemouth seafront around 1861.

John Wilson Carmichael was born in Newcastle upon Tyne, Northumberland on 9th June 1800 and was the son of a ship’s carpenter. He was sent to sea at an early age and spent 3 years on board a vessel sailing between Spain and Portugal. On his return, he was apprenticed to a shipbuilding firm but after completing his apprenticeship he devoted all his time to art and set himself up as a drawing master and miniature painter, painting maritime based scenes. He started to exhibit in 1838 and showed both oil paintings and watercolours at the Royal Academy, his contributions including ‘The Conqueror towing the Africa off the Shoals of Trafalgar’ (1841) and ‘The Arrival of the Royal Squadron’ (1843). In 1855, during the Crimean War he was sent to the Baltic to make drawings for The Illustrated London News. His painting of the bombardment of Sveaborg, which he witnessed during this assignment, was exhibited at the Royal Academy and is now in the collection of the National Maritime Museum.