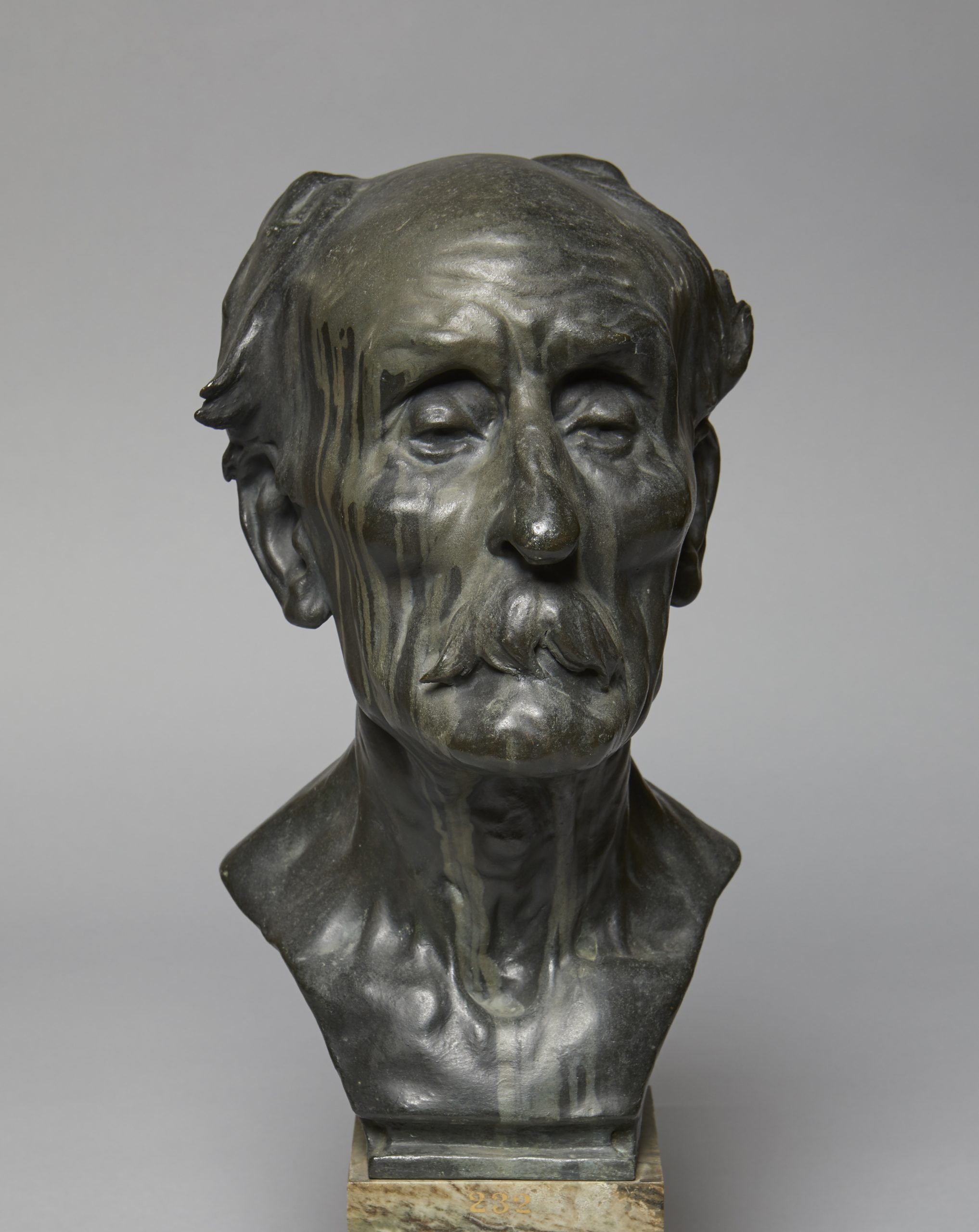 Bust of an Old Man

Bust of an Old Man

This sculpture is a remarkably virile attempt at male portraiture which emphatically portrays the care-worn features of ‘an ancient of days’ by the wrinkled forehead and the protruding veins in the neck. At first glance, it suggests a likeness to Delius who was one of the most distinctive figures in the revival of English music at the end of the 19th century. However, as the artist ceased to exhibit at the Royal Academy in 1912 when the great composer was only fifty, and as the latter is not known to have worn a moustache, this suggestion may be readily dismissed. Mclean exhibited at the Royal Academy from 1897 to 1912 and it was during this time (1908) that he exhibited Bust of Old Man. 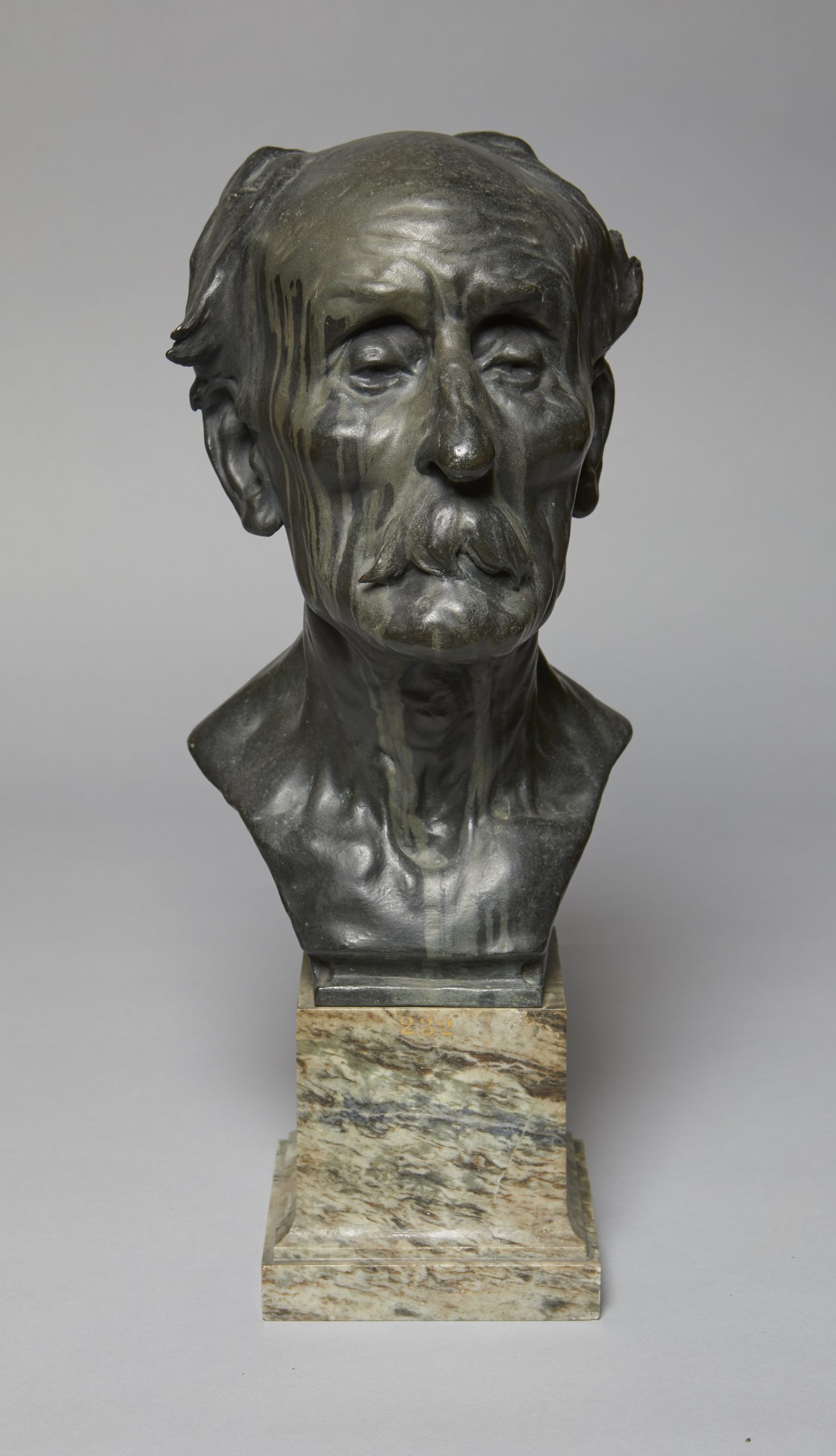