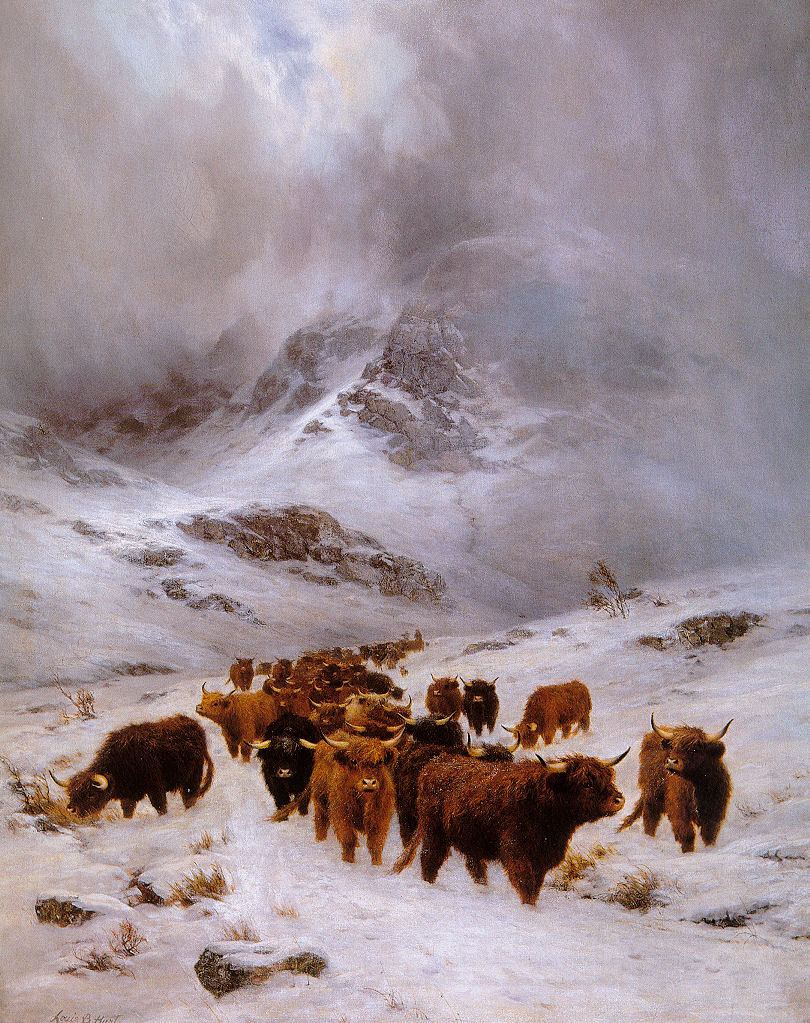 The title of this painting is taken from canto VI of the poem by Sir Walter Scott Lay of the last minstrel (1806). It is indicative of the artist’s interests and the subjects of many of his paintings: he was fascinated with the mountainous glens of Scotland and their Highland cattle which he regularly depicted.

Despite their subject, most of his paintings were executed in his studio in Darley Dale, Derbyshire, where he was visited by Sir Merton and Lady Annie Russell Cotes. Sir Merton wrote in his autobiography “Among all my artistic friends, I esteem none more than my old friend Louis B. Hurt, for whom, and his charming wife, I have the deepest affection”

In the 1918 publication The Russell Cotes Art Gallery and Museum, Bournemouth, art criticisms by R. J. Cruickshank it is also called ‘The White North’. This states that it was commissioned by Sir Merton from the artist. It was a particularly popular work by Bosworth, this one being the first of three versions he made.

Louis Bosworth Hurt was born in Ashbourne, Derbyshire in 1856. He studied art in London and under the Derbyshire landscape artist George Turner (1843-1910) and was influenced by the animal paintings of Sir Edwin Landseer and the Scottish landscapes of Peter Graham RA (1836 – 1921), to whom his work is often compared. His was fascinated with the mountainous glens of Scotland and the highland cattle which he regularly depicted in their atmospheric settings. Despite the subject, most of his paintings were executed in his studio Ivonbrook in Darley Dale, Derbyshire.