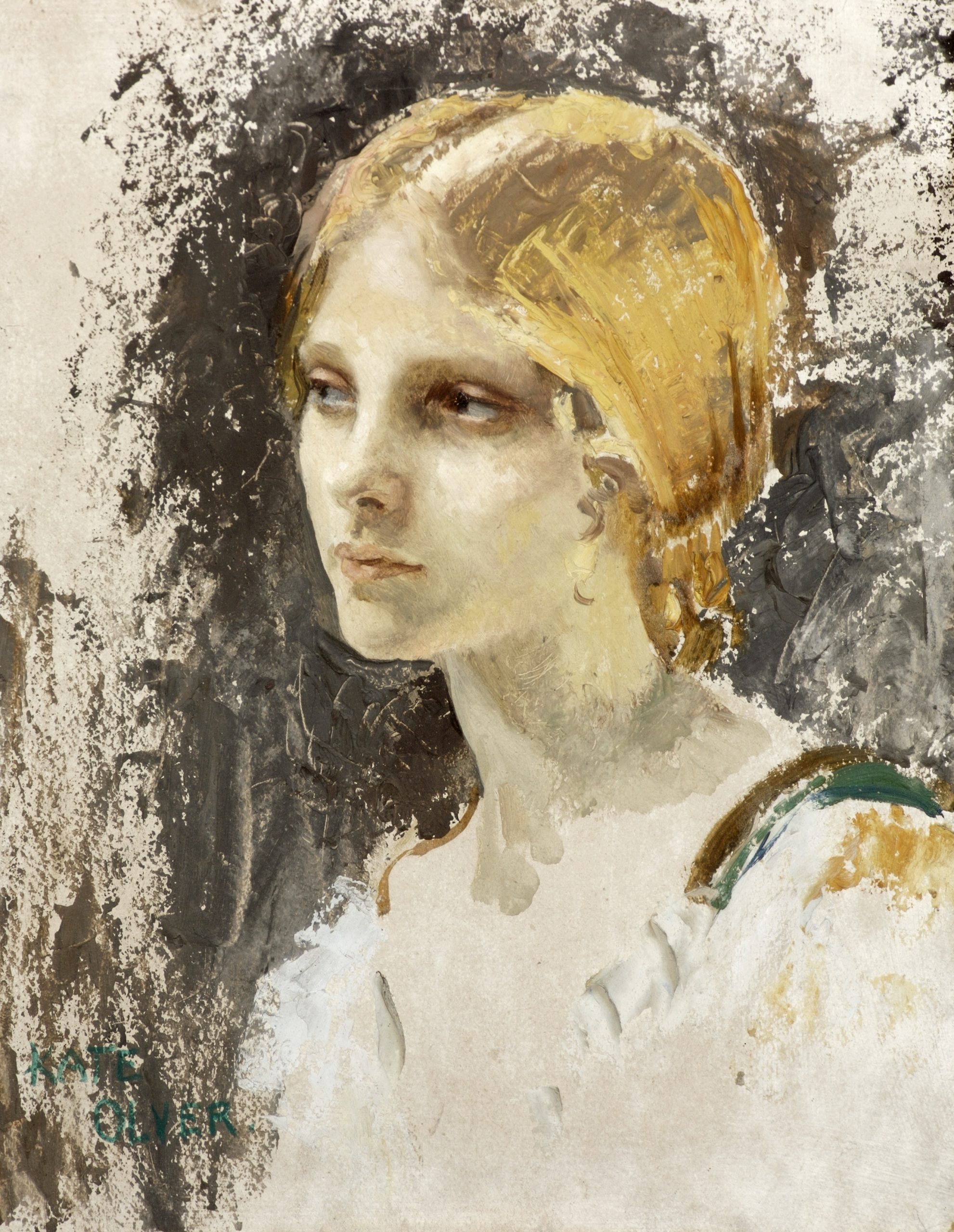 ‘Casque d’or’ means ‘golden helmet’ in French and the title is probably a reference to the sitter’s stunning helmet of golden hair. The model in the painting is a local ballerina who had very good poise and was therefore a good sitter.

Olver was a well- known painter in oils of portraits and figures subjects, and also of landscapes. She studied art at the Royal Academy Schools from 1901-1906. She would have been in the vanguard of female students at that time and some male staff and students regarded women as intruders. It was not until 1936 that women were elected as Royal Academicians.

She exhibited many times at the Royal Academy from 1910-1946 and with the Royal Scottish Academy, the Royal Society of Portrait Painters, the Society of Women Artists and at the Paris Salon. She was also a successful illustrator and illustrated an edition of Robert Louis Stevenson’s ‘A Child’s Garden of Verses’ with several colour and black and white illustrations.