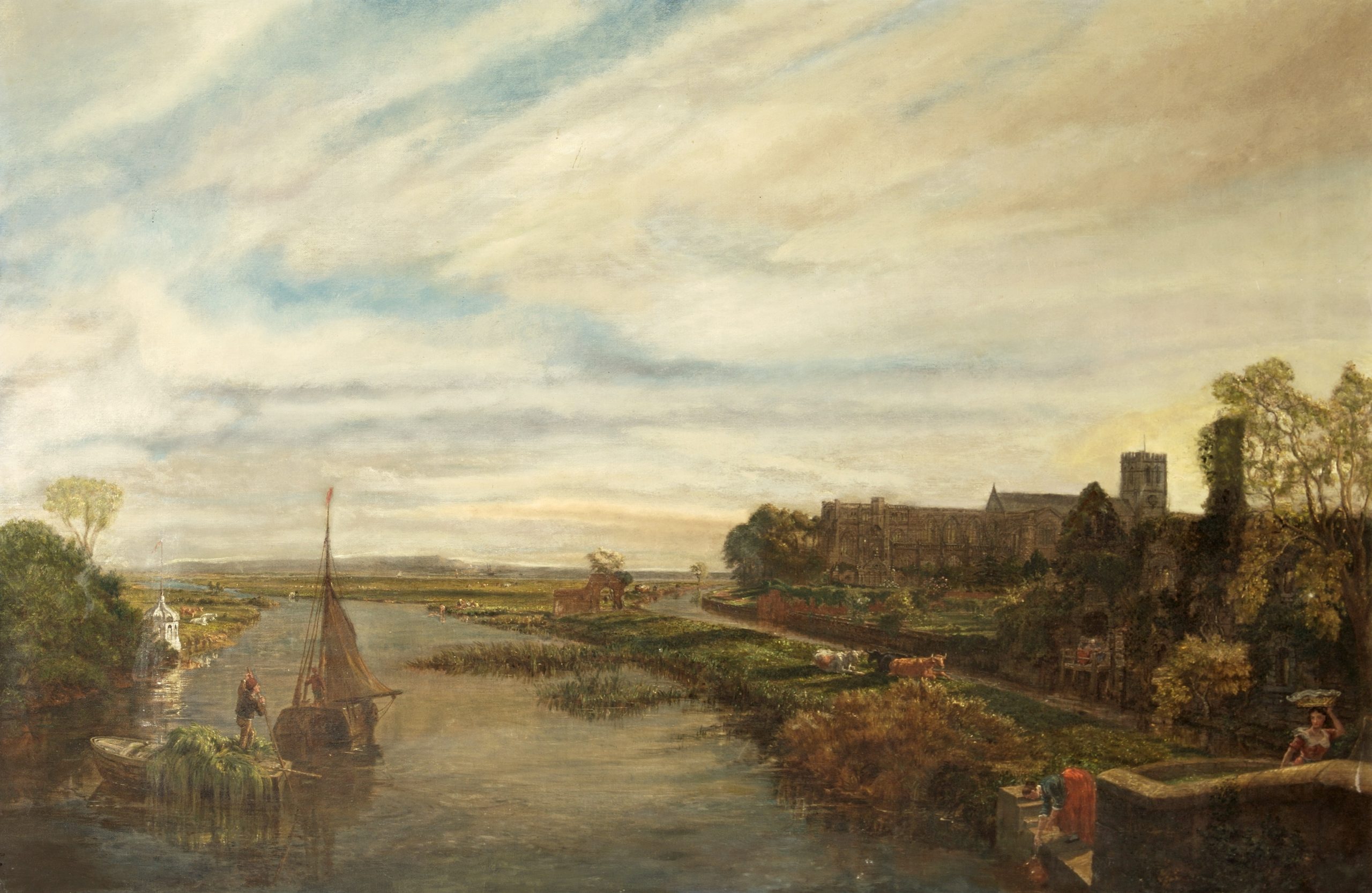 Christchurch Priory on the Avon and Stour, Hampshire

Christchurch Priory on the Avon and Stour, Hampshire

William Parrott was born in Aveley, Essex, and was the son of a farmer. He lived briefly in Paris and then Rome, and travelled round Germany, Brittany and Normandy.

He was a painter of landscapes, urban scenes, architectural views and figures. He was also a lithographer, and published multiple series of lithographs showing scenes of London, The Thames, scenes of Paris and the Seine. For a long time, he studied under John Pye, who was an engraver, and then later began painting. He often exhibited at the Royal Academy as well as the British Institution and the Royal Society of British Artists.

When he was 57, he got married at Ampthill, Bedfordshire in 1871, to Martha Parrott. After living together around Sussex and London, William Parrott died at his home in Middlesex in 1893. He had no children.