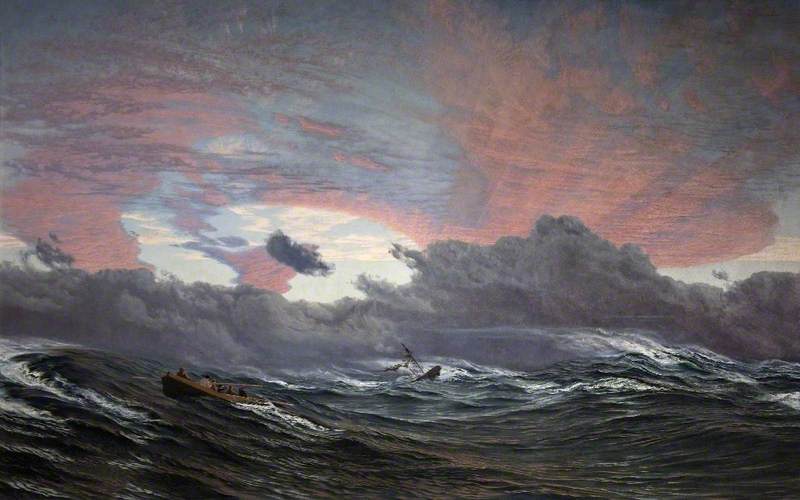 Christmas Morning depicts the sinking of the British steamship SS London. Despite the painting’s title, this tragedy occurred in the Bay of Biscay on 11 January 1866.

The ship was travelling from Gravesend, Kent, to Melbourne, Australia. She began taking in water after leaving Plymouth Harbour on 10 January. With a total of 239 people on board, only 16 male crew members and 3 male passengers were able to escape the sinking ship by lifeboat.

The spectacular sunrise featured in the painted was witnessed by John Brett off the Isle of Anglesey in north Wales on 25 December 1865. The rough sea was painted the following summer.