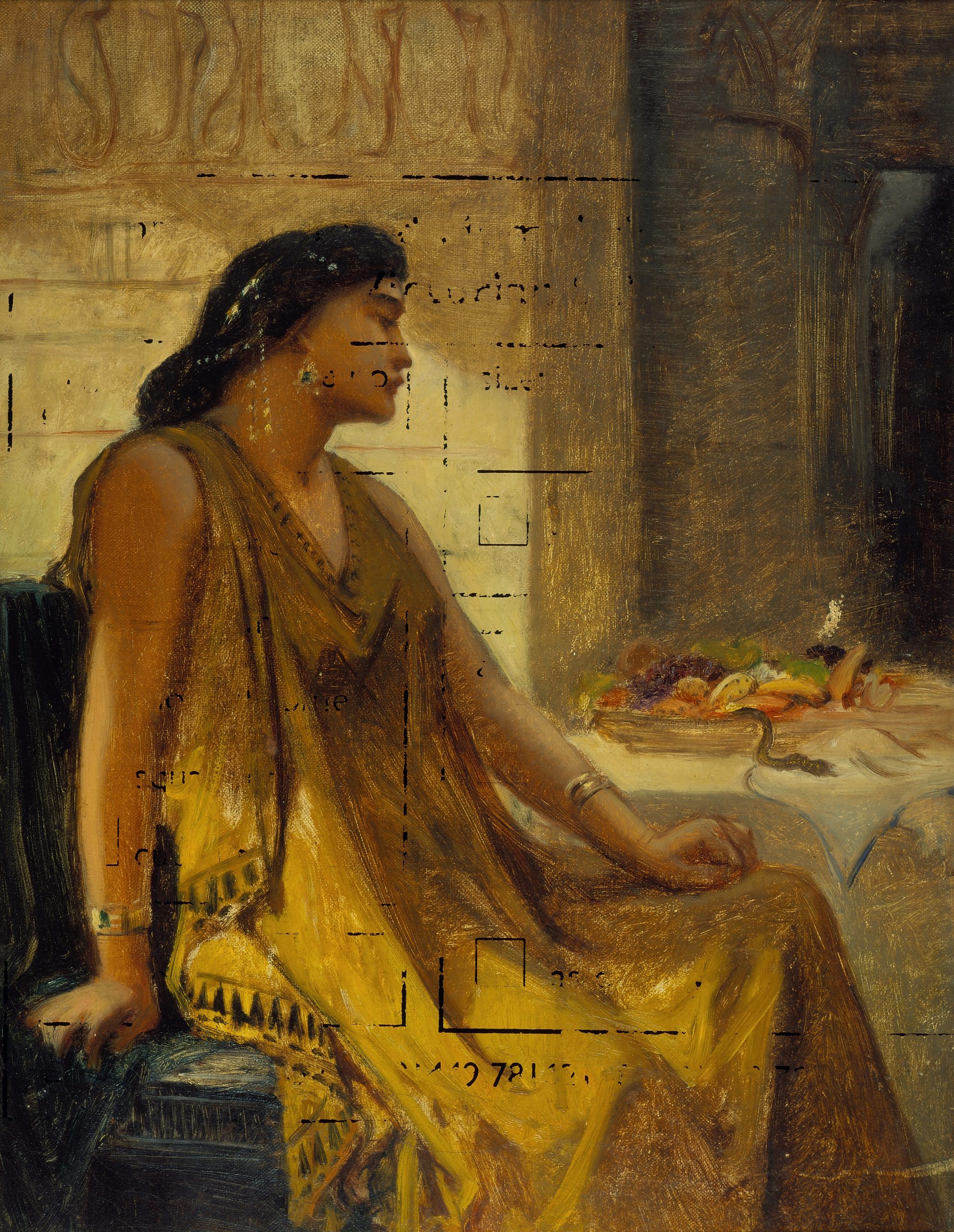 Cleopatra and the asp

Cleopatra and the asp

Poynter was well known for his large historical paintings. He left school early for health reasons spending winters in Madeira and Rome. In 1853 he met the artist Frederick Leighton in Rome who made a great impression on the 17-year-old Poynter. On his return to London, he studied at the Royal Academy Schools and then in Paris with classicist painter Charles Gleyre.

Poynter shows Queen Cleopatra looking conflicted with her dark thoughts.  Mark Anthony has committed suicide following the defeat of his army by Octavian, then Cleopatra’s suicide.  Poynter shows her crumbling slowly and thoughtfully as befits a woman who had ruled a strong country. The ancient sources, particularly the Roman ones, agree that Cleopatra killed herself by inducing an asp (Egyptian cobra) to bite her. Recent historians have challenged this story declaring that the Queen had been poisoned and died from drinking a mixture of poisons.