Cleopatra VII (69-30 BC) was the famous Egyptian Queen and the last pharaoh of Ancient Egypt. She was a member of the Greek-speaking, Ptolemaic dynasty, who ruled Egypt. Deposed from power by her brother, Cleopatra aligned herself with Julius Caesar to regain the throne. After Caesar’s murder, she became Mark Anthony’s lover. But, after Mark Anthony was defeated by Octavian’s forces in the Roman Civil War, Anthony and Cleopatra committed suicide, rather than fall into the hands of Octavius. Her death marked the end of the Ptolemaic Kingdom of Egypt – Egypt became absorbed into the Roman Empire.

It was Cleopatra’s ambition no less than her charm which influenced Roman politics at a crucial period and she came to represent, as did no other woman of antiquity, the prototype of the romantic femme fatale. Her dramatic life and tragic death made her a perfect subject for artistic license. She is shown here on the brink of death, an asp or venomous snake around her arm ready to strike at her breast.

Lombardi was a sculptor from Milan and exhibited in several European cities. 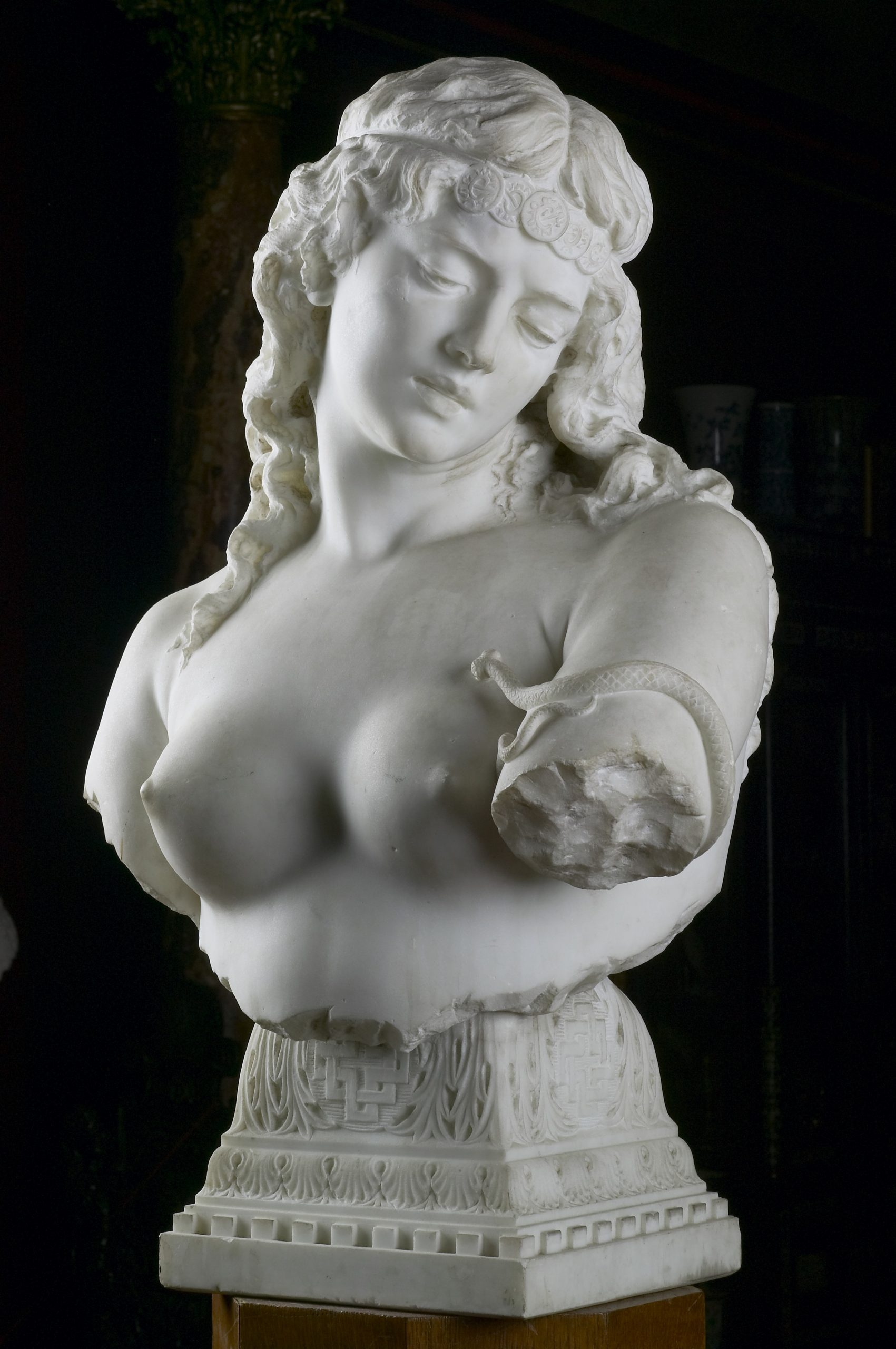