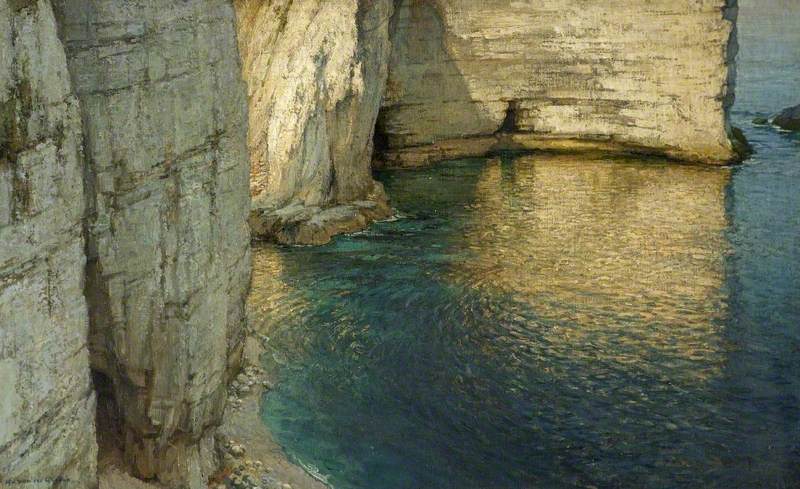 Van der Weyden was one of a number of artists in the early 20th century drawn to the British coast and landscape. This work depicts an extensive view of Standfast Point, Swanage. The artist’s treatment of the shimmering reflective surfaces of the sea and the translucent qualities of its shallows eloquently conveys the sunny atmospheric conditions. This painting was purchased by the museum in 1936. It is also known as “Standfast Point”.

Harry Van der Weyden was born in Boston, Massachusetts. He won a scholarship to study at the Slade School in London, then went to the Académie Julian in Paris from 1890 – 1891. During World War I the artist worked with the Royal Engineers as a camouflage officer (1916-18). Working in France and then England his bright colour palette and reductive, stylized technique were influenced by French Impressionism and the Bloomsbury Group.