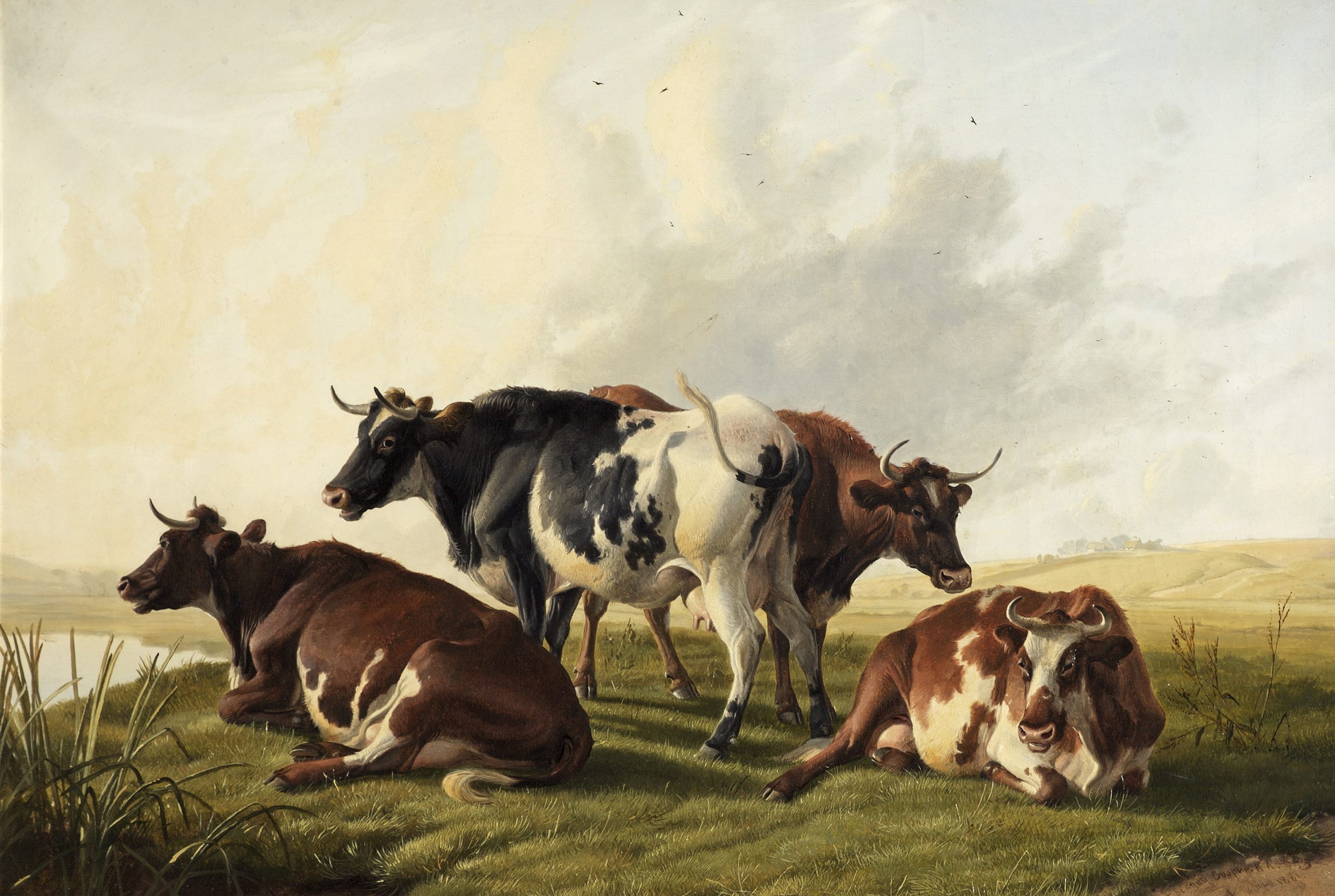 Thomas Sidney Cooper is mainly associated with pictures of cattle or sheep, earning him the epithet ‘Cow Cooper’. In this painting the five cattle are silhouetted against a light sky with dramatic clouds. They are sympathetically painted with an eye to detail in the varied markings of the animals. In his autobiography, Merton says that he knew the artist, but had quite a harsh opinion of him, saying that “Cooper’s works were pictures pure and simple, far more than works of art”.

Thomas Sidney Cooper was born in Canterbury, Kent, and as a small child began to show strong artistic inclinations, but the circumstances of his family did not allow him to receive any systematic training. By the time he was twelve years old, he was working in the shop of a coach painter. Later he obtained a job as a scene painter; and he alternated between these two occupations for about eight years. At the age of twenty he went to London and was admitted as a student of the Royal Academy, where he showed his first picture in 1833. He is mainly associated with pictures of cattle or sheep, a fact that earned him the epithet ‘Cow Cooper’. He was elected an Associate of the Royal Academy (ARA) in 1845 and Royal Academician (RA) on 22 June 1867. The oldest member of the Royal Academy of Arts at the time of the accession of King Edward VII in 1901, Cooper was in July 1901 received by the King in audience and appointed a Commander of the Royal Victorian Order (CVO).