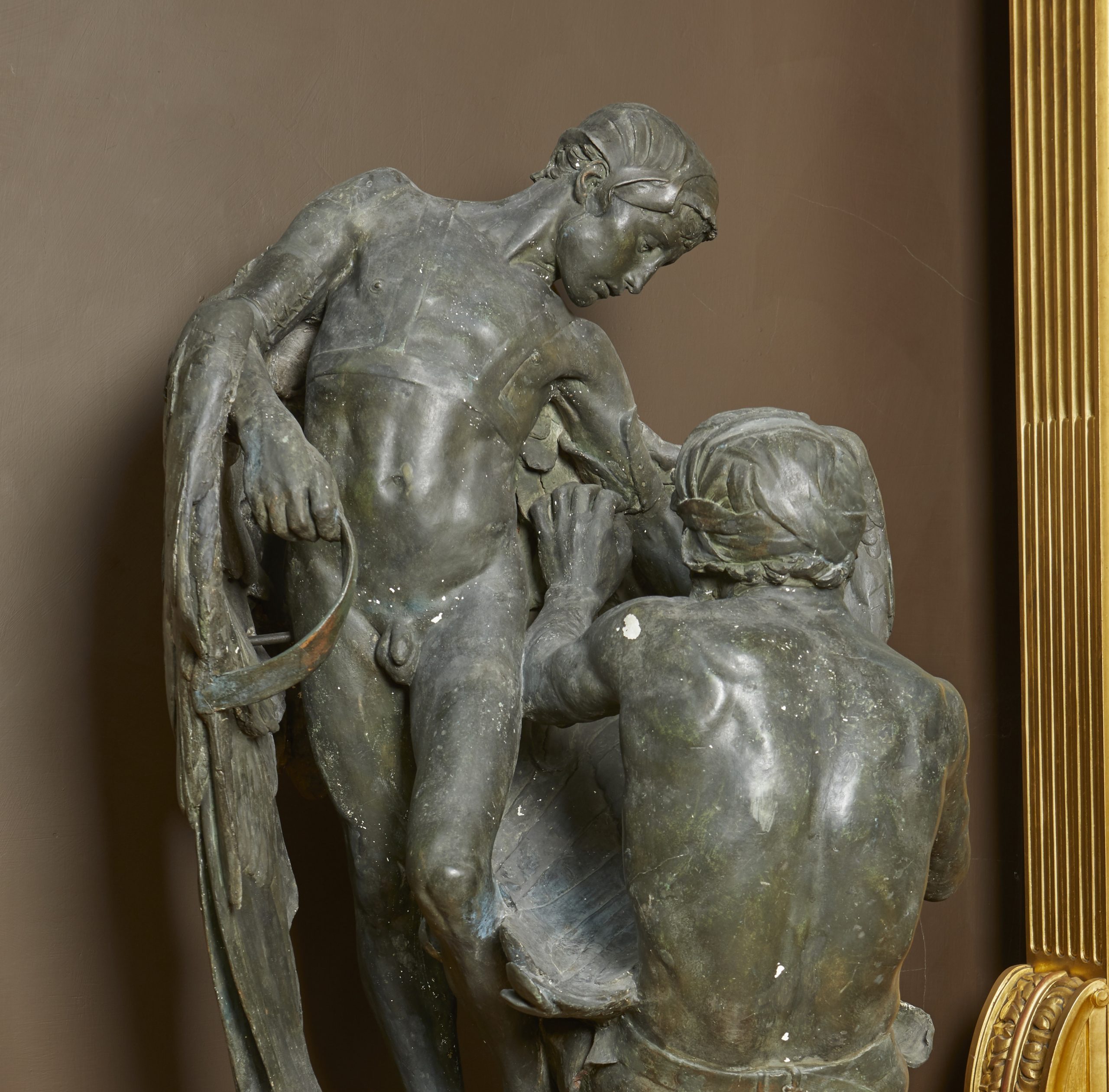 This statue is a maquette or preparatory model for the final bronze sculpture which is on display in Bristol Museum.

It is based on the Greek myth of Daedalus and Icarus. Daedalus is shown trying artificial wings to his son, Icarus to help them flee from the Labyrinth. Daedalus managed to escape, but Icarus flew too close to the sun. The wax on his wings melted and Icarus plummeted to his death. 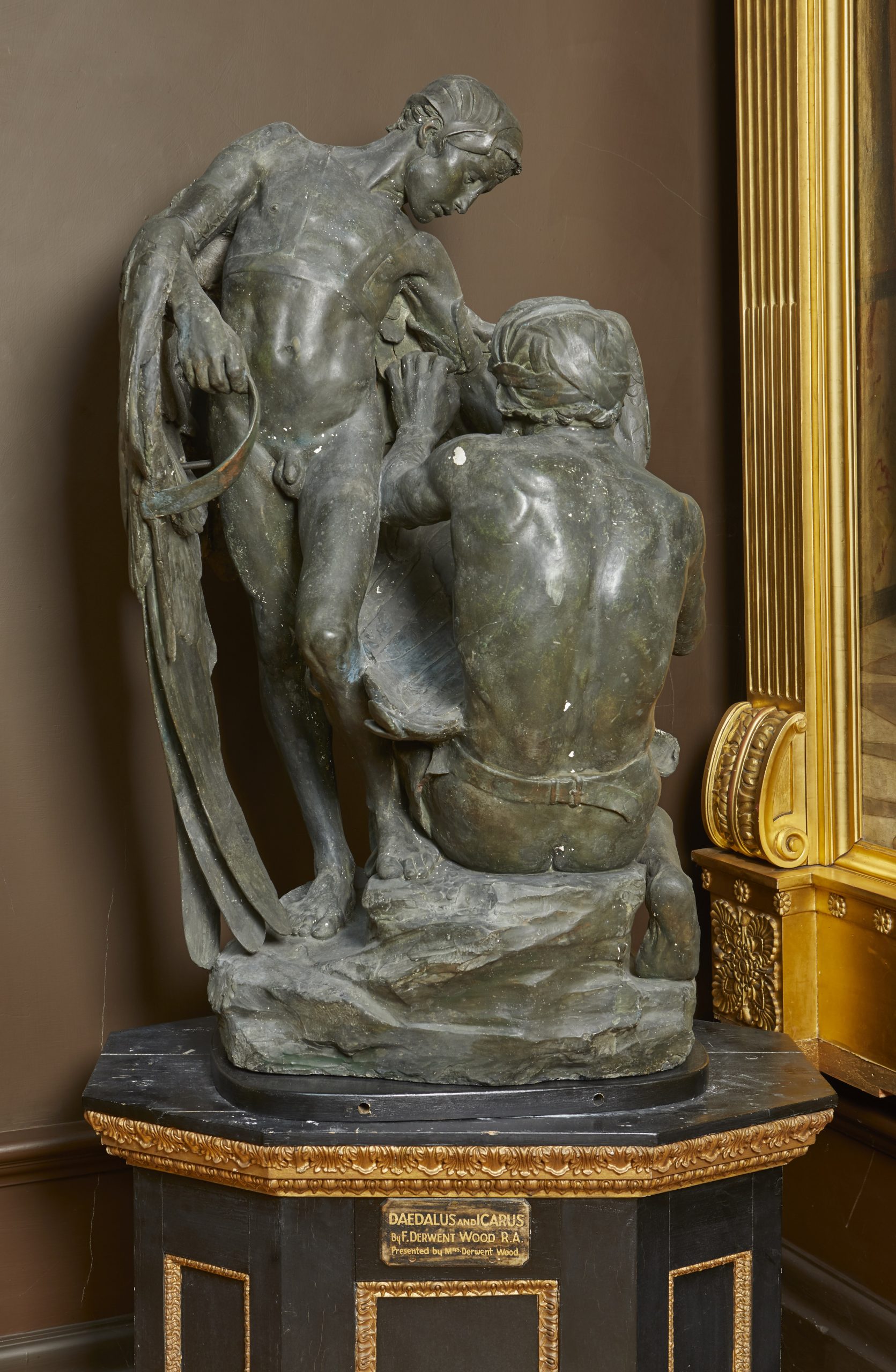