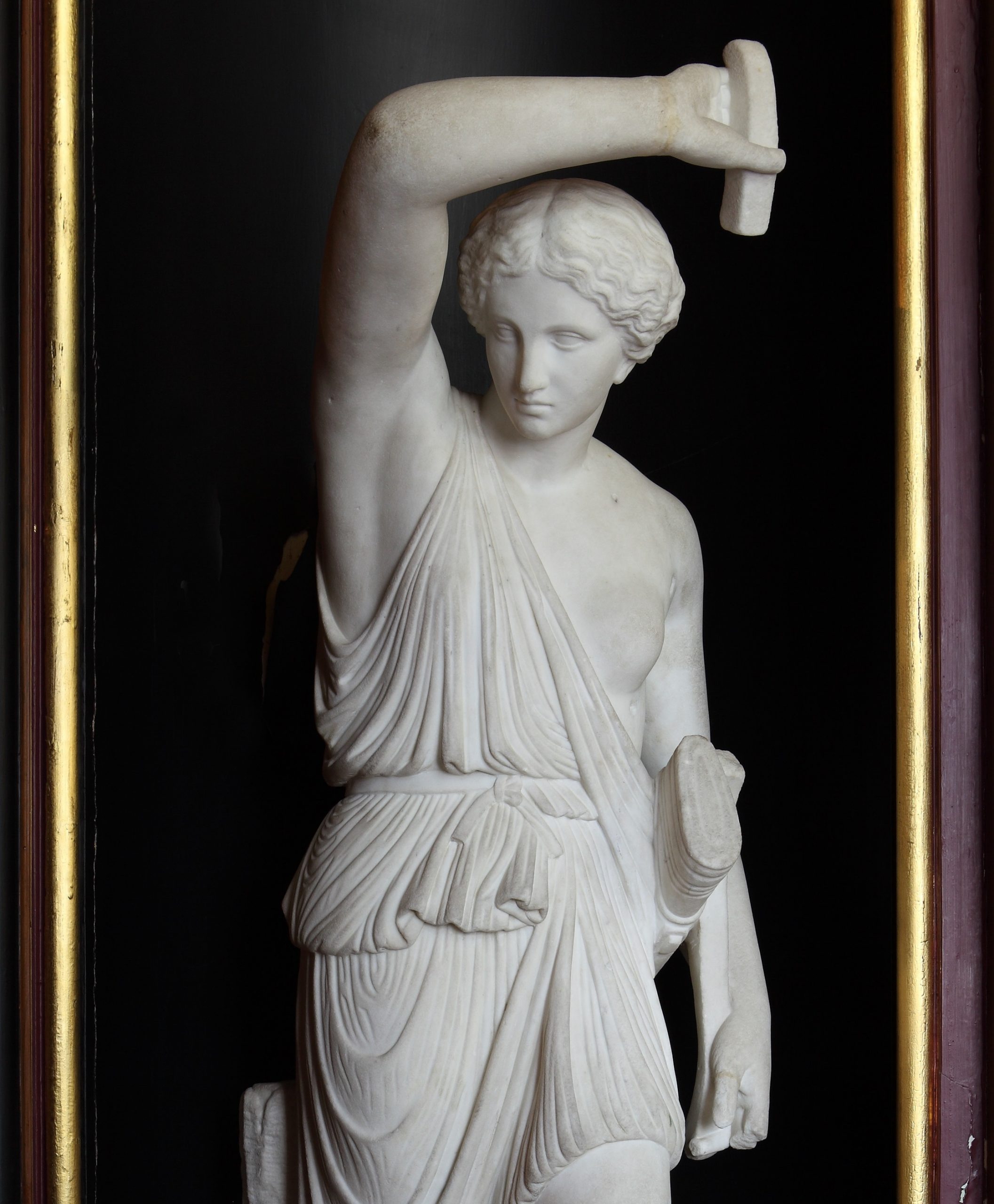 Diana was the Roman goddess of hunting. The Ancient Greeks knew her as Artemis. According to legend she was the daughter of Jupiter (or Zeus to the Greeks), the most powerful of all the ancient Gods. Just as Apollo, her twin, was the god of day, so Diana was also regarded as the goddess of the moon and night. She disliked the idea of marriage and was therefore given permission by Jupiter to remain celibate. In order to avoid men, she lived in the forests, along with a following of nymphs, or female wood spirits, devoting herself to the hunting and the welfare of women. Diana, or Artemis, was a popular subject for 19th century sculptors, who often depicted her naked except for a moon shaped tiara identifying her as the Moon Goddess. In this case she is fully clothed which, in that respect, is closer to ancient depictions for, to them, Diana was a proud and powerful goddess who did not usually wander around undressed – in fact, the penalty for seeing her naked was often death.