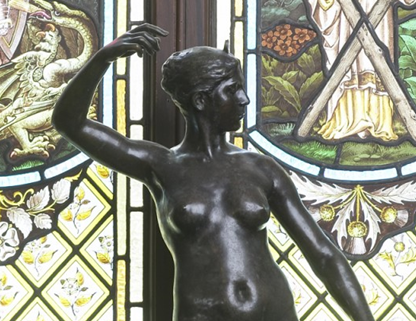 Diana, goddess of the moon and the hunt, can be identified here by the crescent moon in her hair and by the bow she holds. The sculptor clearly chose the pose to display the figure’s sensuous curves to full effect.

Falguière’s Diana was exhibited in plaster at the Salon of 1882 to widespread acclaim and became his most celebrated work. As a result, Diana was editioned extensively in reduced versions. Falguière made a series of sculptures of female figures, identified by mythological names, such as Diana, but conceived as modern women. Diana epitomises Falguière’s ability to bring together the realistic bodies of 19th Century models and the elevated goddess of this subject.

Falguière was the epitome of the successful academic artist and was prolific in his output. His many statues of female nudes were especially popular and gained him some notoriety. He was awarded the Medal of Honour at the Paris Salon in 1868 and many of his sculptures were acquired by the French government. He also produced sculptures for public monuments. 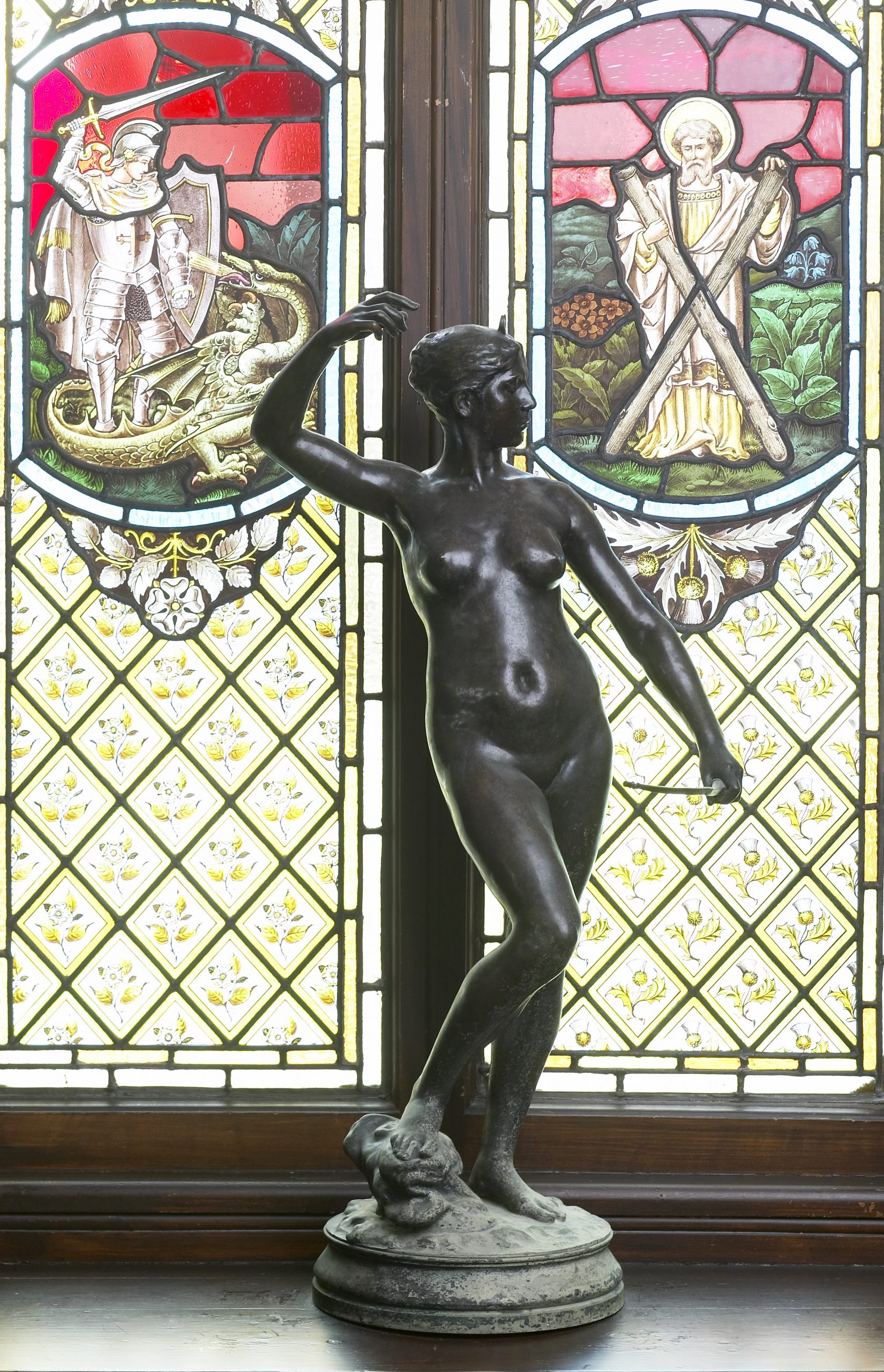