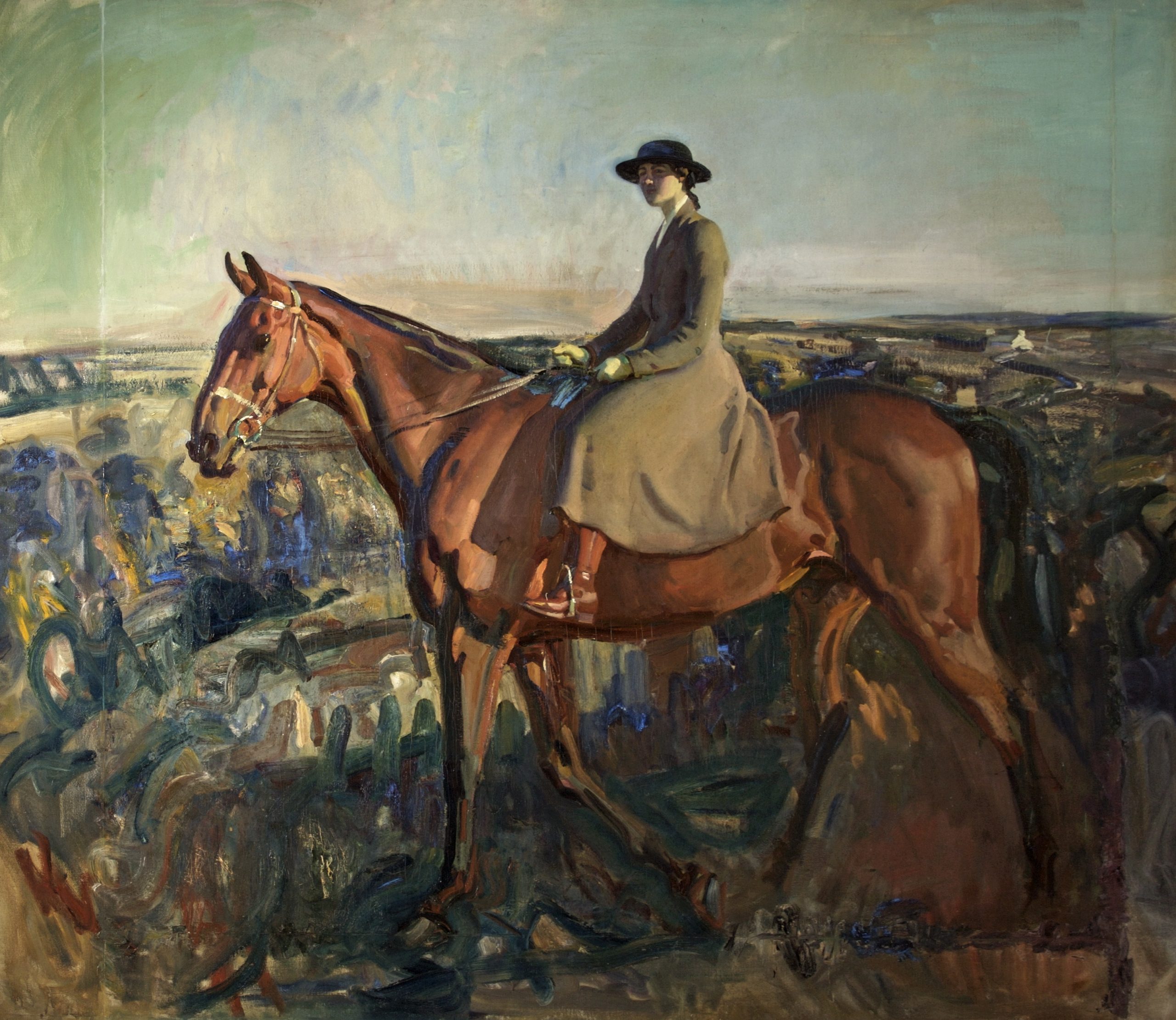 This is a portrait of Doris (always called Dod) Procter on her horse Patrick, painted en plein air (outside) at Red House Moor, Cornwall.

Dod was described as “modern, argumentative and opinionated” and here she sits astride her horse rather than side saddle. Dod was 22 when this portrait was done, the year of her marriage to another artist Ernest Proctor and had recently completed art studies in Paris.

She later became very successful, living in Newlyn and a member of the Newlyn School of Artists. Her painting “Morning” was voted ‘Picture of the Year’ at the Royal Academy Summer Exhibition in 1927 and can be seen at Tate Britain. She particularly specialised in figure painting, mainly nude or draped single female figures.

This painting was a gift to the Russell Cotes in 1956 by the artist, because of the sympathetic way he felt we had already exhibited his work

Sir Alfred James Munnings was known as one of England’s finest painters of horses, and as an outspoken critic of Modernism. Engaged by Lord Beaverbrook’s Canadian War Memorials Fund, he earned several prestigious commissions after the Great War that made him wealthy. Munnings was a member of the Newlyn School of artists between 1912 and 1914. His work was part of the art competitions at the 1928, 1932 and 1948 Olympics. Munnings was president of the Royal Academy of Arts from 1944 until his death.