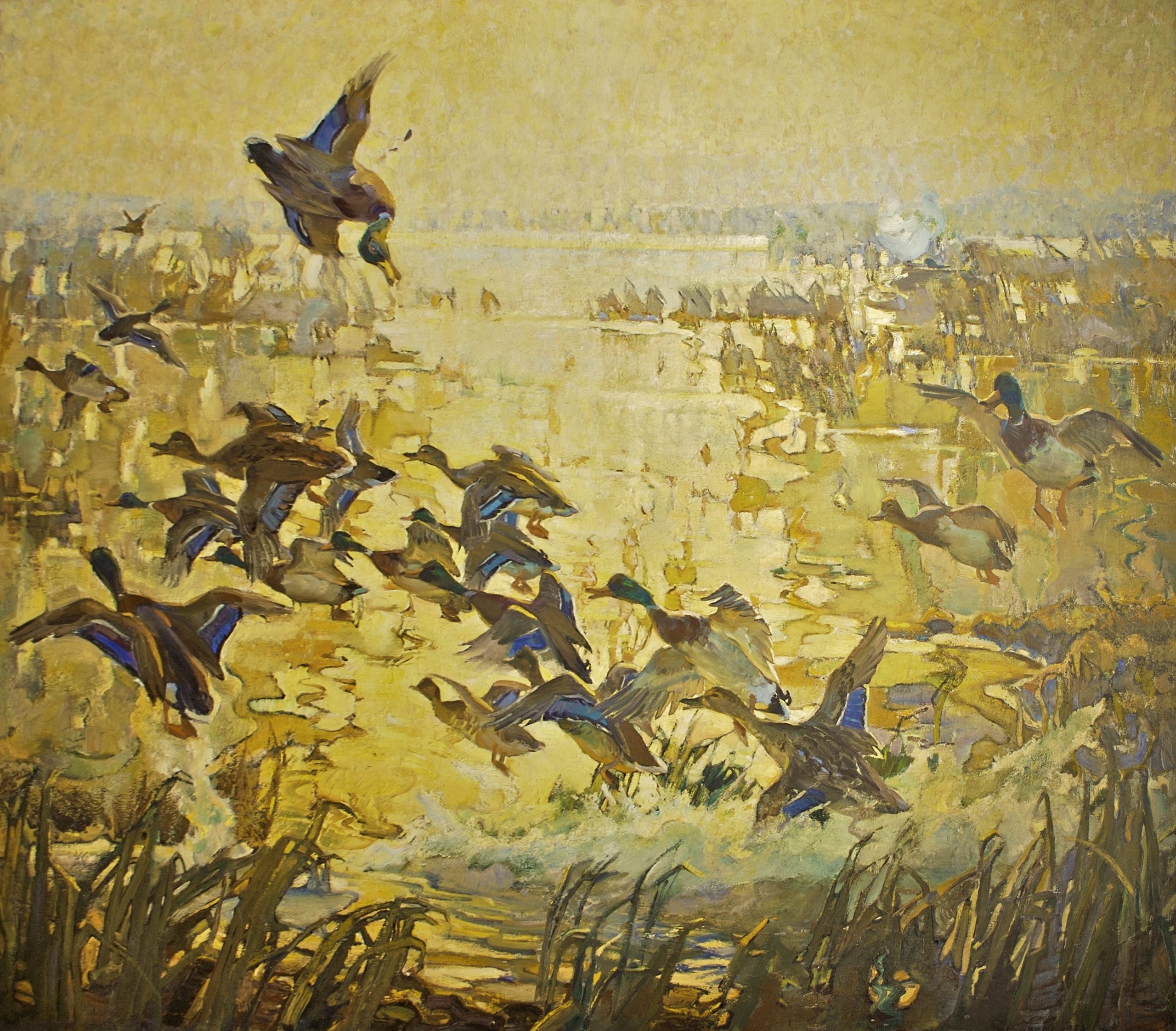 The Punt Gunner refers to the pursuit of wild fowl in estuaries, marshes and on the sea using a very long and shallow boat, the punt, with an enormous shotgun known as a punt gun. Fowlers used the punt to move silently through the water and often deployed dogs to retrieve their birds on the difficult estuarine terrain. Fowlers need a deep understanding of the landscape and their quarry to be successful. Duck shooting normally occurs during the early morning and late afternoon ‘flights’, when the birds move to and from feeding and roosting sites. Here mallards are portrayed leaving the water with necks outstretched and wings beating the air with short rapid strokes. One duck has been hit by the gunner and falls to the water. The mallards give a fine impression of strength and freedom in full flight whilst the golden sunlight glitters on the canvas. This stunning painting won a gold medal at the Paris exhibition of sporting pictures held in conjunction with the Olympic Games in 1924.

Born in Camberley, Surrey, his father was a Major General. Simpson was expected to follow his father into the army, but he suffered a serious injury when thrown from a horse at the age of 15. His talent for drawing led him to pursue a career in painting and in 1904 he entered the Herkomer School of Art in Bushey, Hertfordshire, under Lucy Kemp-Welch, the great animal painter. Simpson was brought up in a country life environment. He spent his holidays in Kent, his mother’s home, and there began to draw and paint cattle, horses, ducks and poultry. Simpson spent further years on the East Coast and at Bournemouth where his family lived when his father was serving abroad, and there began his love for the sea and seabirds which formed such a prominent feature of his later work.