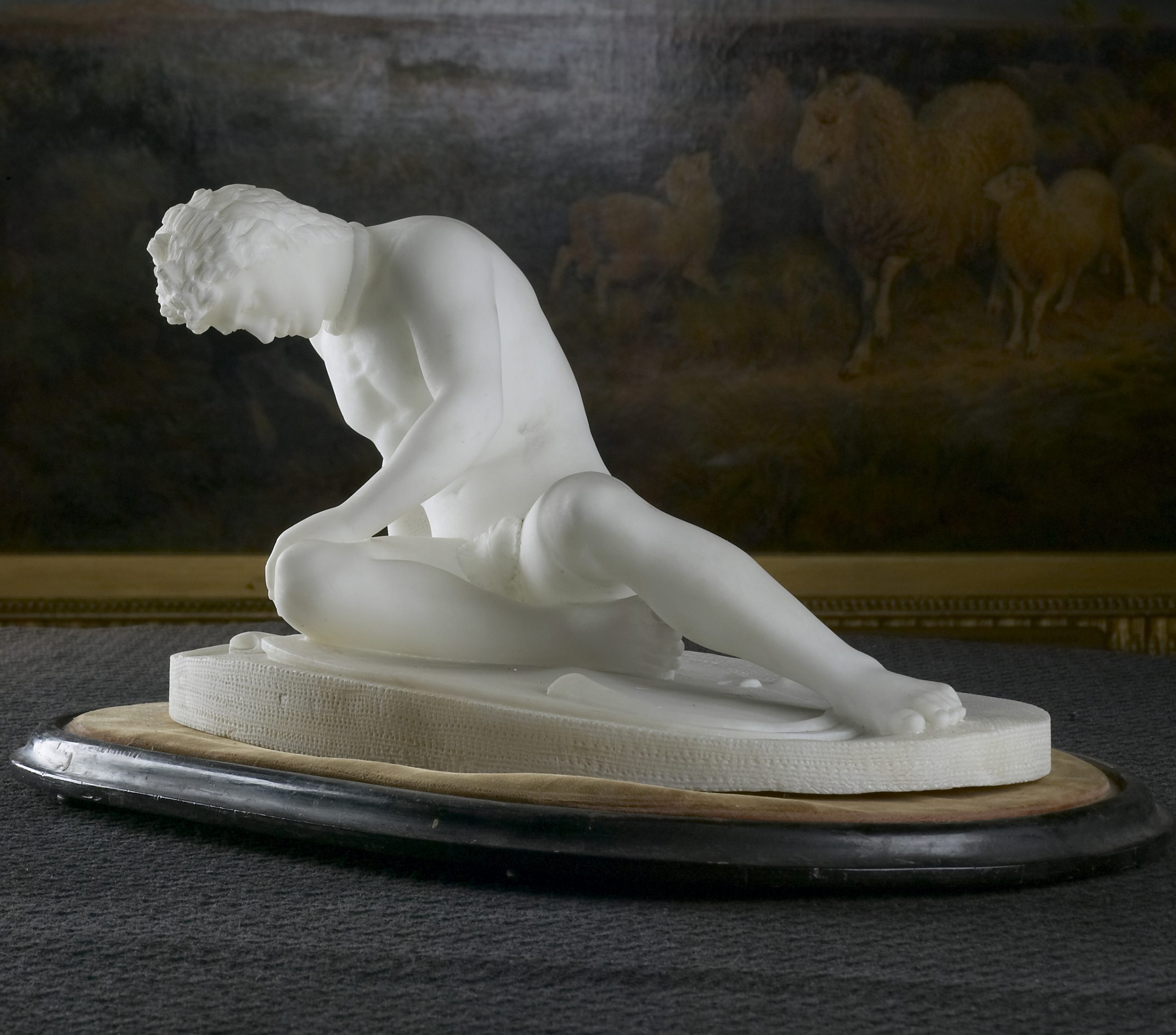 The image of the Dying Gaul has been famous since it was first displayed in the city of Pergamon, on the west coast of ancient Turkey. It consists of a wounded warrior who has fallen on his shield with blood dripping from his wound. He is heroically nude, except for a torque around his neck. His full head of hair and moustache indicate he is a Gaul. The fact that he doesn’t have a full beard suggests he is a chieftain – an enemy leader. We witness the death of a warrior and empathize with the Gaul. The Dying Gaul commemorates a military victory, whilst acknowledging the cost of war.

The original sculpture was executed in bronze and commissioned by Attalos I of Pergamon to commemorate his victories over the Gauls between 230-220 BC.

This statue is a copy of the Capitoline Dying Gaul. The Romans were intrigued by Greek sculpture and many survive today only as Roman copies. It is not known when the Roman marble copy was made, who made it, or where it was displayed. It was rediscovered prior to 1623 in the grounds of the Ludovisi Villa, Rome. In 1737, Pope Clement XII acquired the work for the Capitoline Museum, Rome. Throughout the 18th and 19th centuries, the Dying Gaul inspired hundreds of replicas in a variety of materials. 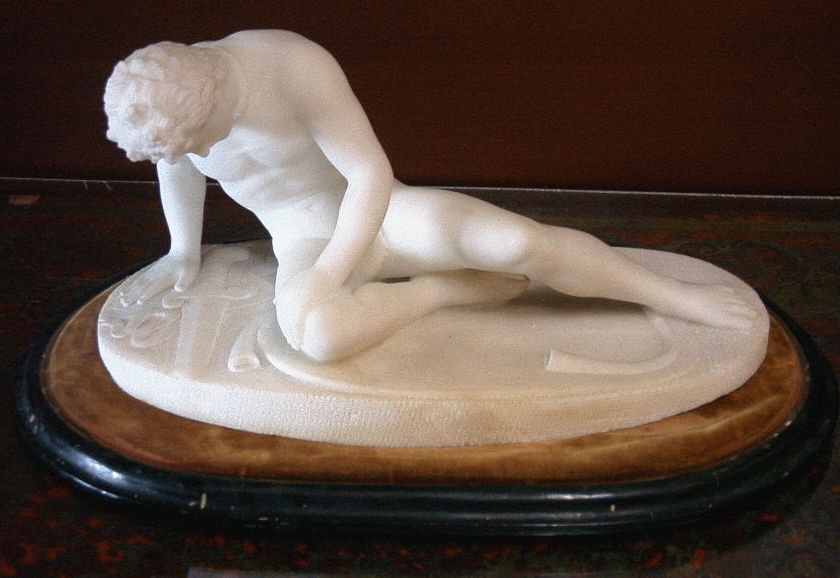