Ehrenbreitstein, from Coblenz on the Rhine

Ehrenbreitstein, from Coblenz on the Rhine

Pyne was born on 5 December 1800 in Bristol, England and taught himself to paint. He took part in the sketching activities of the Bristol School in the 1820s, exhibiting for the first time in Bristol in 1824. His style and subject matter, namely the atmospheric depiction of local landscapes and imaginary scenes, were those of Danby and the Bristol School, among whom he was one of the most able oil painters. Examples were Imaginary Scene (1828) and View of the Avon from Durdham Down (1829).  In the mid-1830s, he moved to London where he developed his mature style. His landscapes now followed Turner in their colours and style of composition. Turner’s influence can be seen for example in ‘Clifton, Near Bristol, from the Avon’ (1837), which was exhibited at the Royal Academy. Pyne exhibited at the British Institution during 1833–44 at the Royal West of England Academy in Bristol, and at the Royal Academy during 1836–41. He became Vice-President of the Society of British Artists. 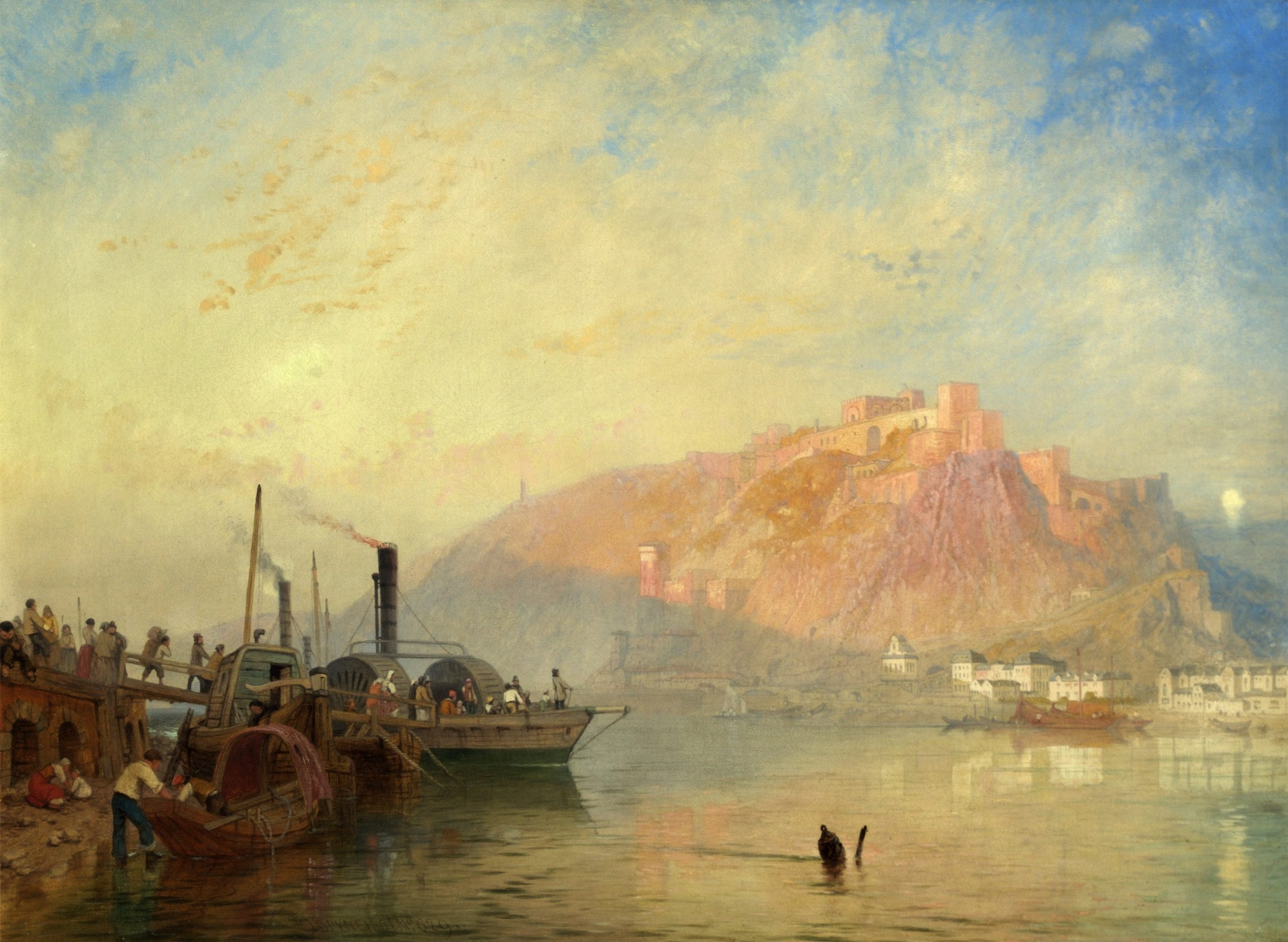