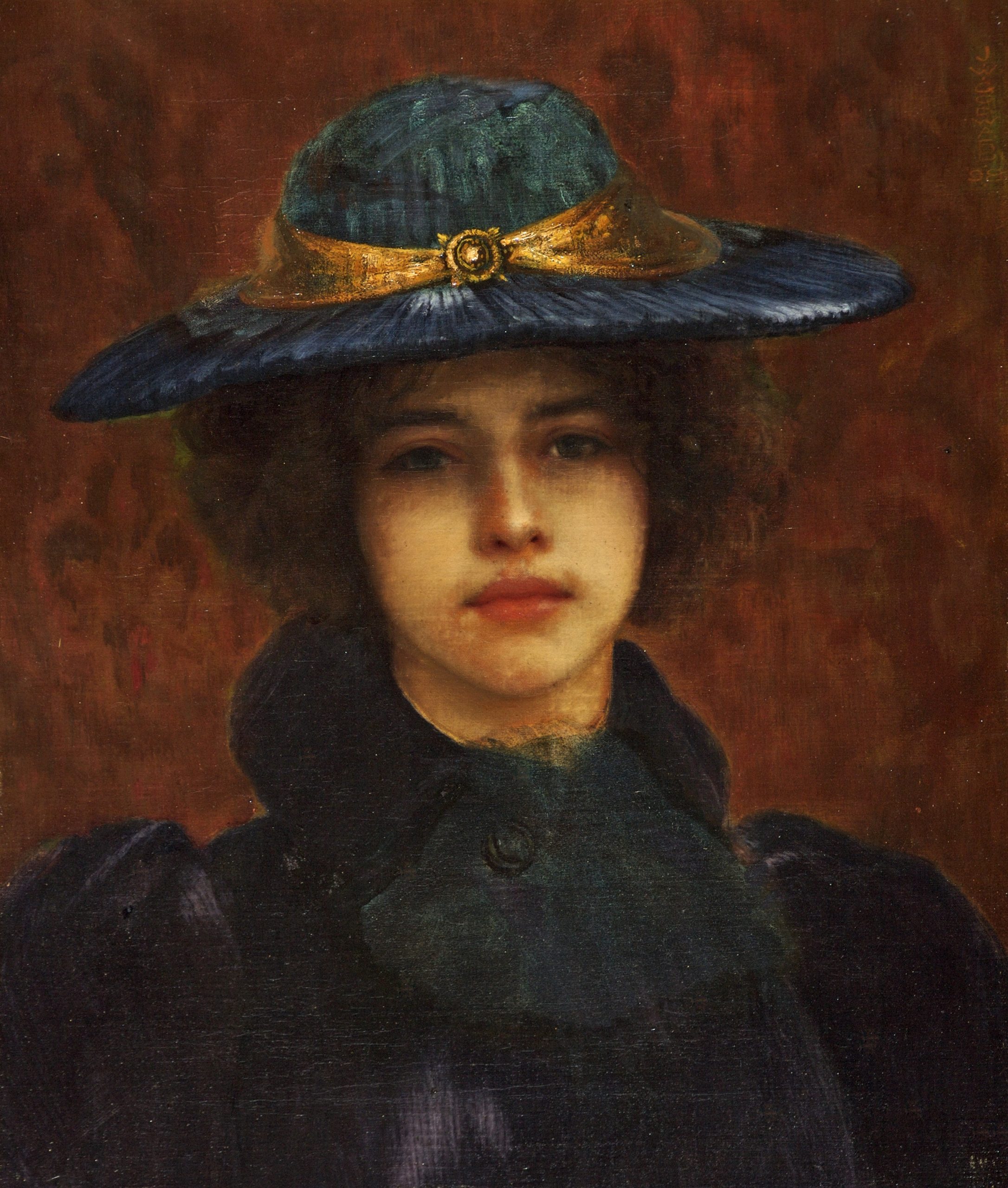 Ethel Warwick (1882-1951) was an actress, who appeared on stage and later in film. She studied to become an artist at the London Polytechnic. She became an artist’s model for several artists to help pay her tuition and became a favoured model for Godward who painted several portraits of her.

This is a strikingly direct portrait of a fashionably dressed young woman. She then trained as an actress and first appeared on stage in 1900. In 1906 she married Edmund Waller, a young actor. The Wallers embarked on a worldwide tour with various plays. His father, Lewis Waller, was a well-known actor and theatre manager.

John William Godward was a Victorian Neo-Classicist and most of his paintings feature women in classical dress posed against classical landscapes. He was a protégé of Sir Lawrence Alma Tadema.

From the late 1880s Godward exhibited regularly at the Royal Academy and the Royal Society of British Arts, where he gained membership in 1889. Prints of his works were produced which contributed to his growing popularity.

When he moved to Italy with one of his models in 1912, his family broke off all contact with him and even cut his image from family photographs. He lived and painted in Rome which provided him with new ideas. However, he was plagued by poor health, depression and his artistic output declined. His style of painting fell out of favour with the rise of modern art. He committed suicide at the age of 61 and is said to have written in his suicide note that “the world is not big enough for myself and a Picasso“.