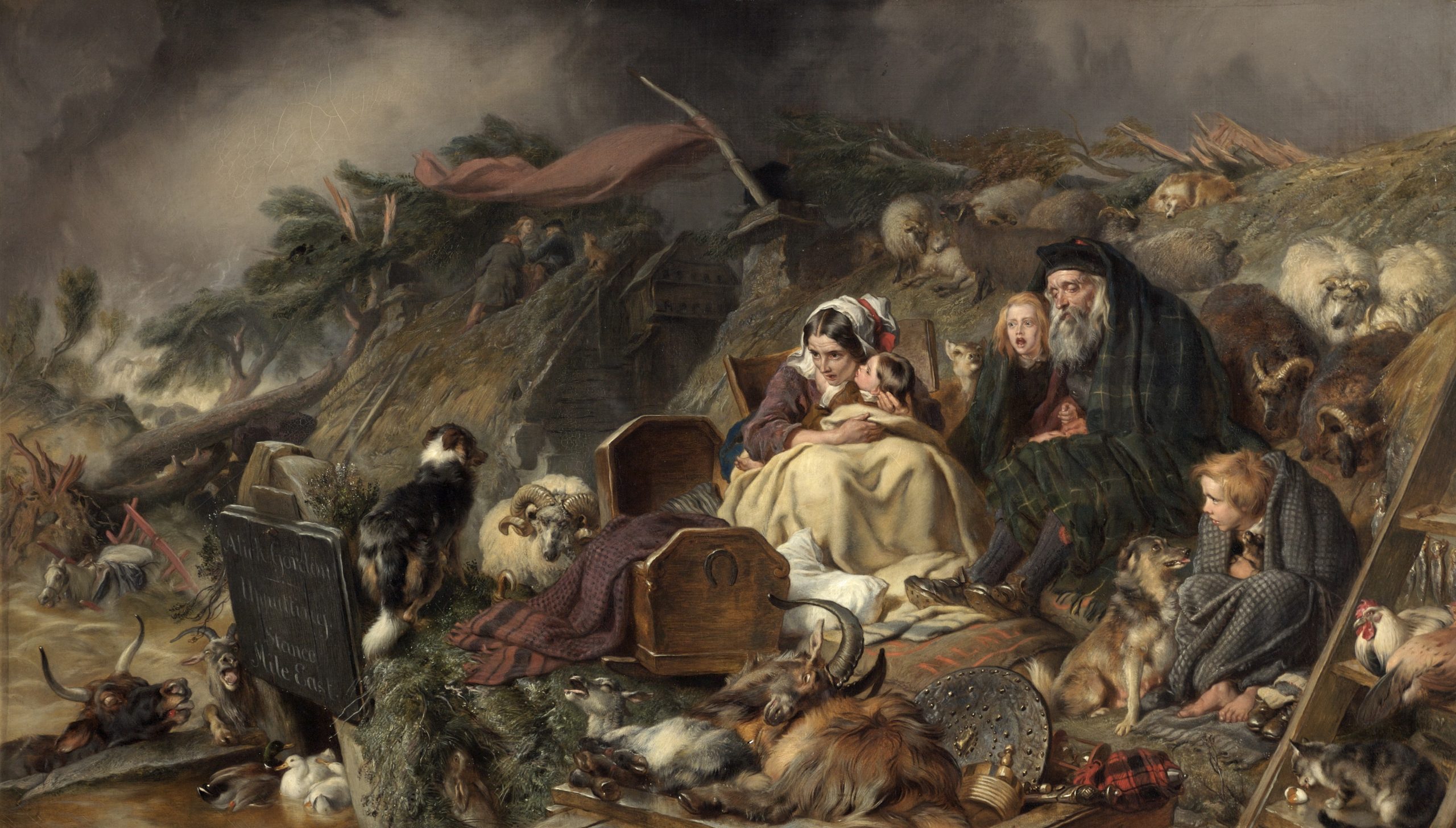 Flood in the Highlands

Flood in the Highlands

This work of Edwin Landseer is at the very heart of the Victorian art world, with Queen Victoria being one of his greatest admirers. As a sculptor, sporting and portrait painter he was distinguished. As an animal painter, he was without rival. Any other painter of animals in this period such as Briton Riviere or H W B Davis automatically drew comparisons to Landseer. He was born in London, the son of John Landseer ARA, an eminent engraver. He was precociously talented and his first exhibition at the Royal Academy in 1815 was at the age of 13.

His dedicated study of animals was quite exceptional. At times, he moved towards the sentimental in depicting animals showing human emotions, a tendency that was characteristics of Victorian art. He was elected ARA at the age of 24, RA five years later in 1831, knighted in 1850 and was elected President of the Royal Academy in 1866, a position which he declined to accept. The painting depicts the ‘Muckle Spate’, (the Moray floods of 1829) and is a reduced copy painted in 1860. The floods resulted from unusually high rainfall and caused widespread destruction, homelessness and loss of life.

This version of the painting is a replica painted by Landseer for L. Flatow of the original work exhibited at the 1860 RA exhibition (Now in the collection of Aberdeen Art Gallery).