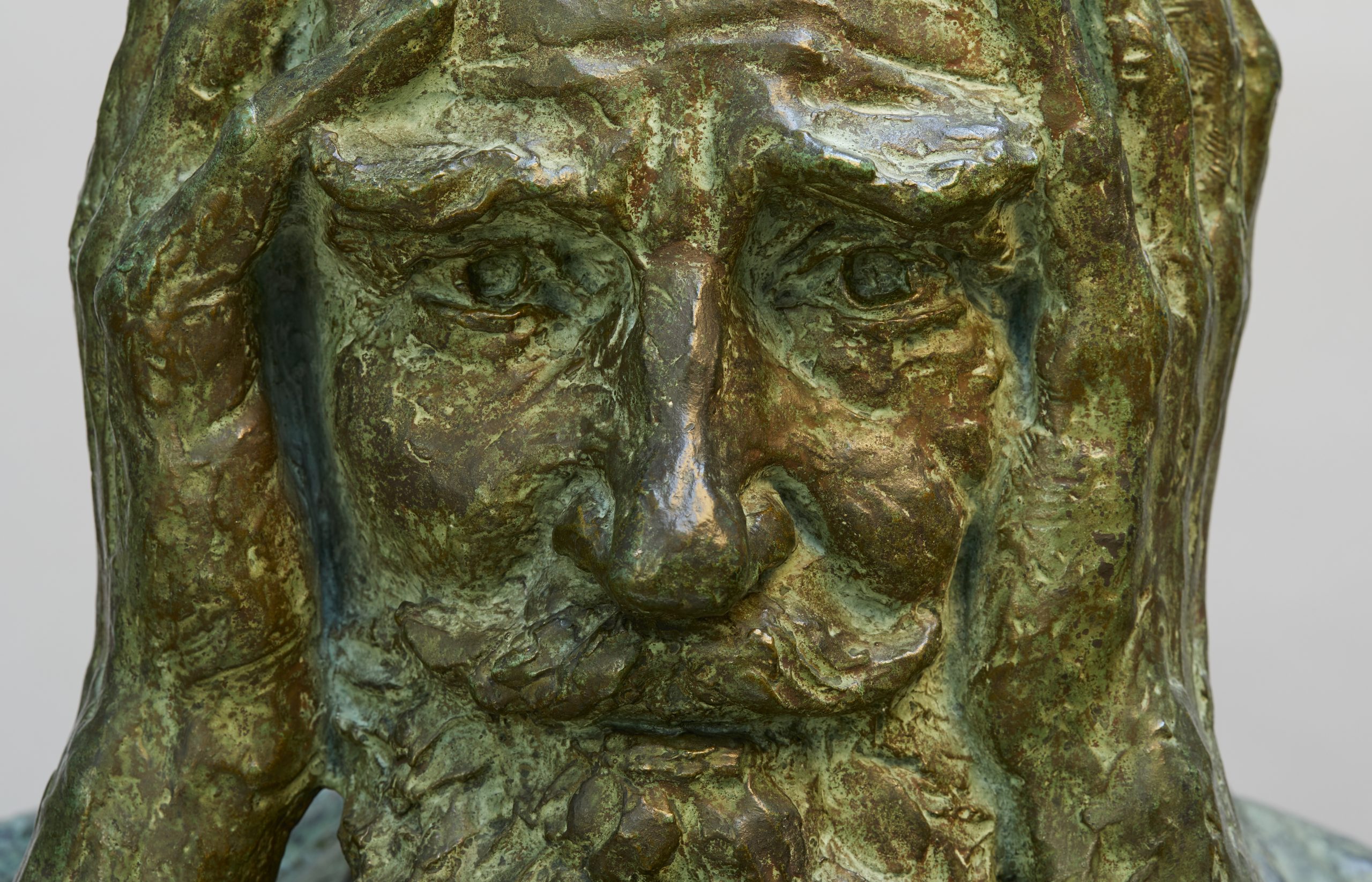 Kathleen Scott was one of the finest female sculptors of her day.

Scott was born Kathleen Bruce in Nottinghamshire and studied art at the Slade School of Art before working under the tuition of eminent sculptor, Auguste Rodin, between 1905-06 in Paris.

She became a huge success in the male-dominated profession of sculpture and was the first female member on the Council of the Royal Society of British Sculptors. Her circle of friends included Isadora Duncan, Picasso and Alistair Crowley.

In 1908 she married Captain Robert Falcon Scott, the Polar explorer who died in Antarctica in 1912, and her memorial sculptures of him remain some of her most recognised works. Remarkably, Scott forged her career as a sculptor of male nudes and portraits of the eminent men of the age.

Following the First World War, she produced many war memorials. In 1922, she married the politician Edward Hilton Young.

This bust is of her friend, writer George Bernard Shaw, who sat for her on several occasions during the 1920s-1930s. Irish born Shaw (1856-1950) was a leading literary and public figure of the late 19th and early 20th centuries. Famous for his wit, he was a lifelong vegetarian, ardent socialist and Nobel Laureate.  He and Scott were close friends, and this is the final of three of portraits she did of him. Shaw, then 82 and frail liked it so much he favoured it for use on his tomb.

The roughened surface of this bronze clearly shows the influence of Scott’s previous tutor, Rodin. It gives a sense of activity to the sculpture which, with its head-in-hands pose emphasising the forehead, brings across both the humour and intellectual nature of the sitter. 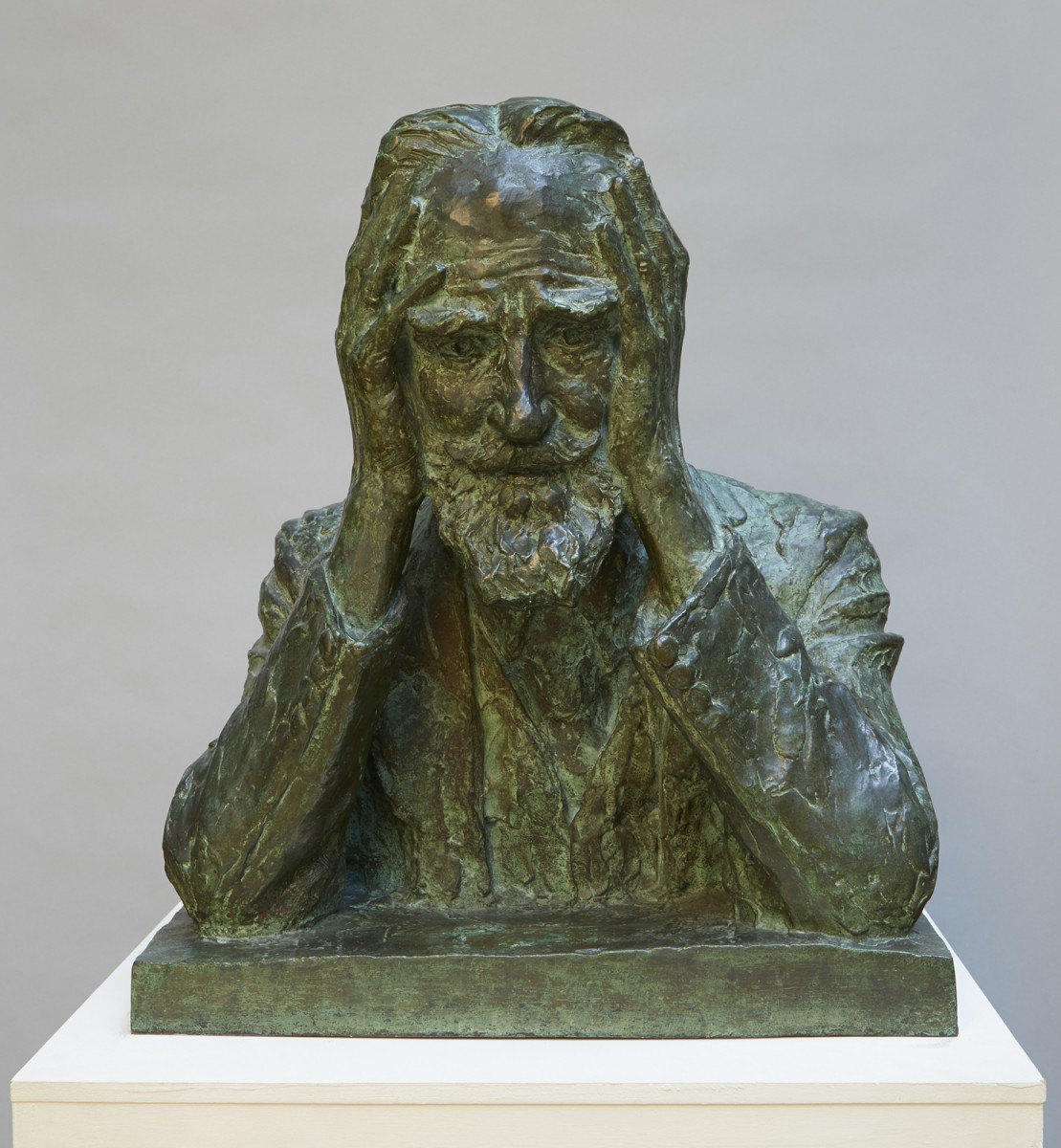 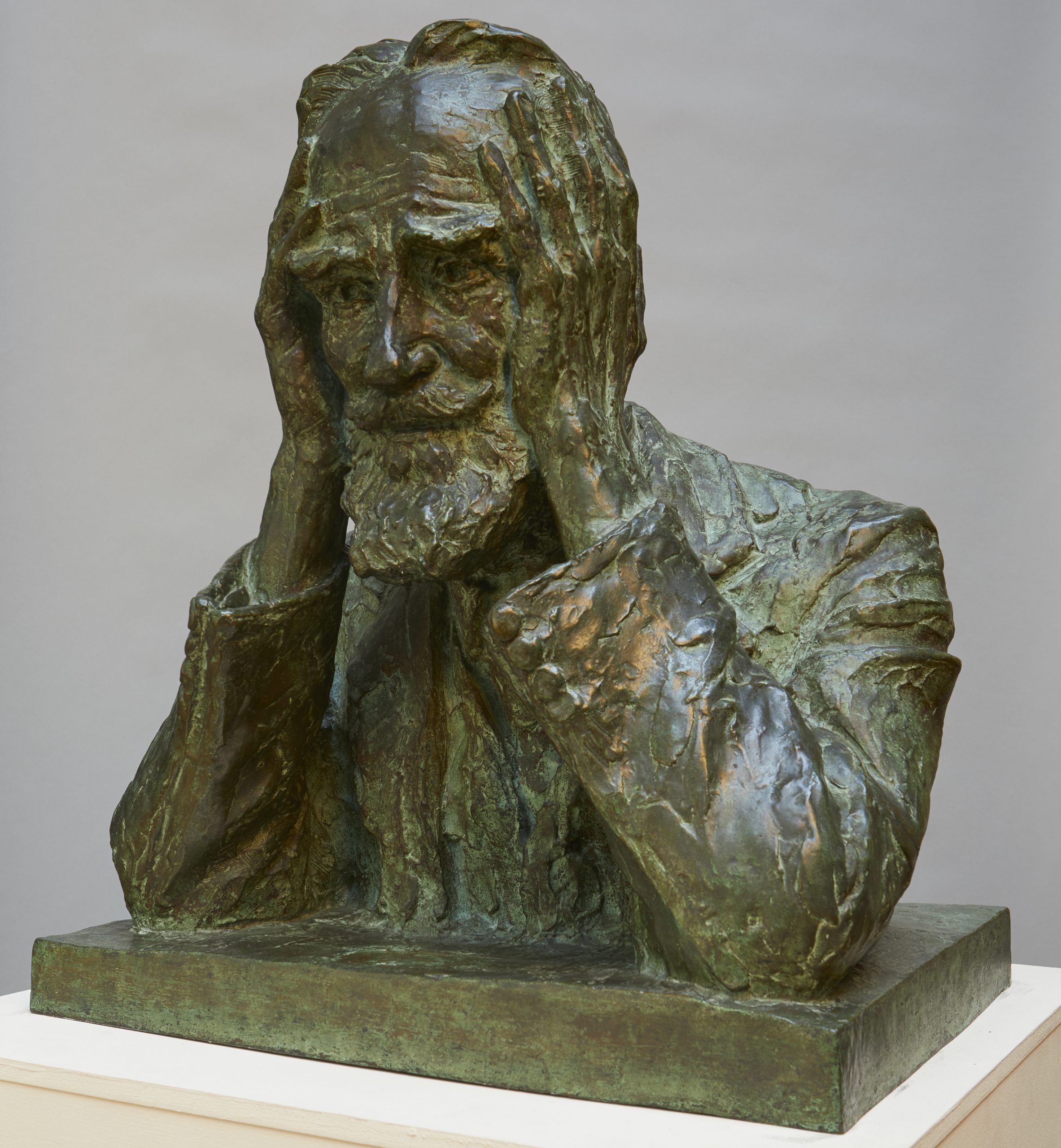