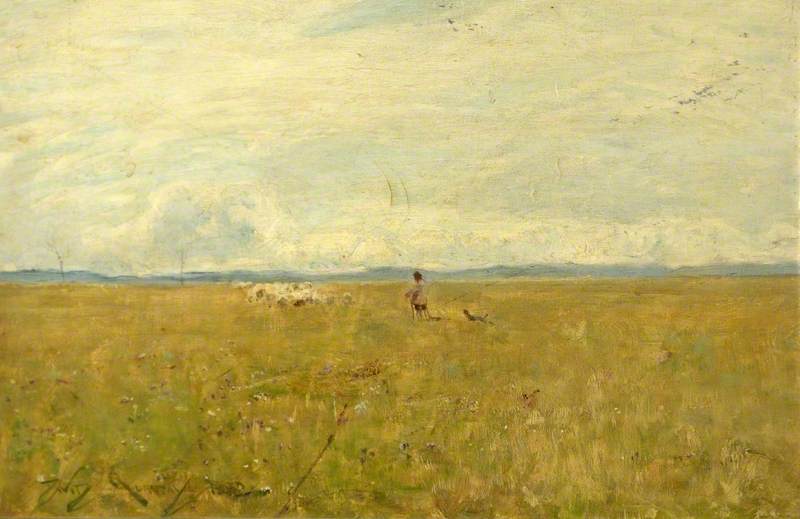 This picture depicts the mountain range surrounding the village of Sannox on the east coast of the Isle of Arran. The name of the village derives from the Norse word for ‘Sandy Bay’. In his autobiography “Home and Abroad” Sir Merton describes Sir David Murray as an old friend from whom he had commissioned several pictures. We do not know whether this was one of them.

Born in Glasgow, David Murray worked as a merchant and administrator for eleven years while studying in the evenings at the Glasgow School of Art, before devoting himself full-time to an artistic career from about 1875. He became an Associate of the Royal Scottish Academy in 1881, moving to London in 1882 where he was an immediate success. He travelled to the continent in around 1886, but all of his more characteristic work was done in Scotland or England. Murray was a member of Glasgow Art Club and exhibited in the club’s annual exhibitions. He was elected a full member of the Royal Academy in 1905. He became president of the Royal Institute of Painters in Water Colours in 1917; and received his knighthood a year later.