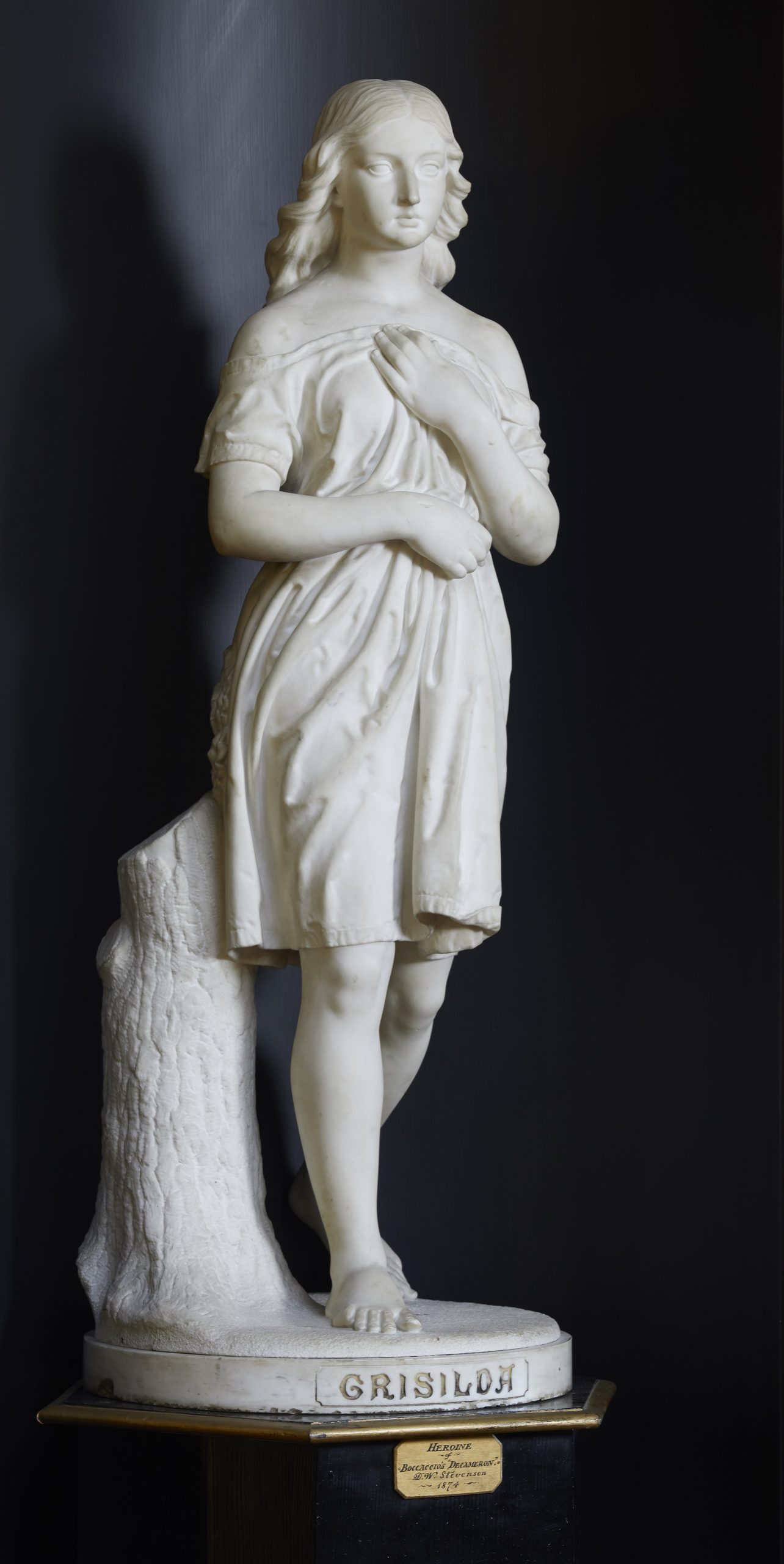 The Decameron, by the Italian writer Giovanni Boccaccio (1313-1375), is a collection of one hundred stories told, over ten days, by ten young people who have fled to the countryside to escape plague ridden Florence. Griselda appears in the tenth story of the tenth day – the final tale of the book. Griselda was put through a series of humiliating tests by her husband, Gualtieri, a young Marquis, all of which she bore with good humour and patience. Her final trial was to be thrown out of the house with nothing but what she came with – which was literally nothing. To save herself having to leave naked, Griselda made her only demand, which was to be able, at least, to take a shift to cover herself. The story ends happily, however, with the two reconciled and Gualtieri convinced he has the most loyal and perfect wife in the world. 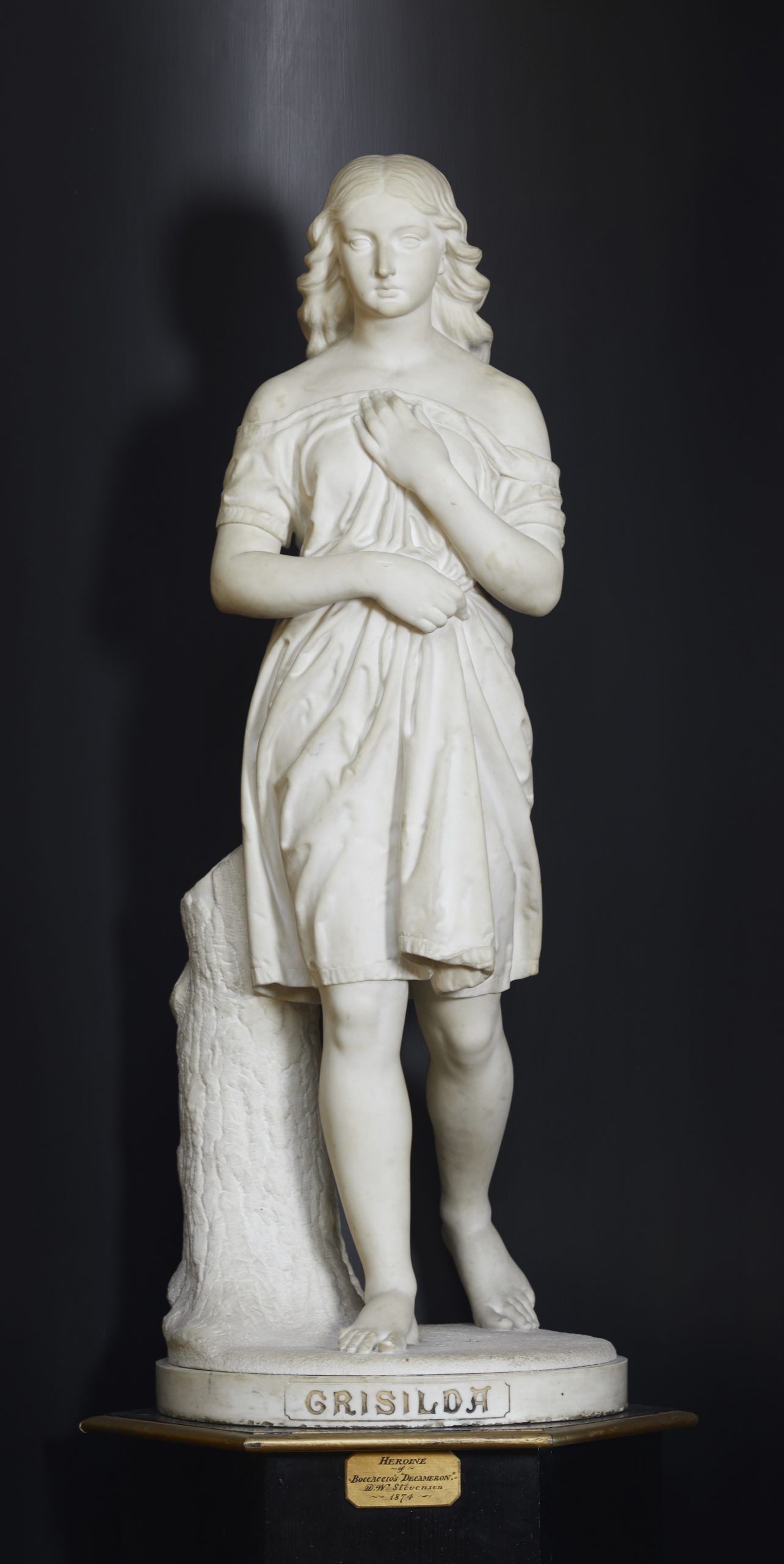