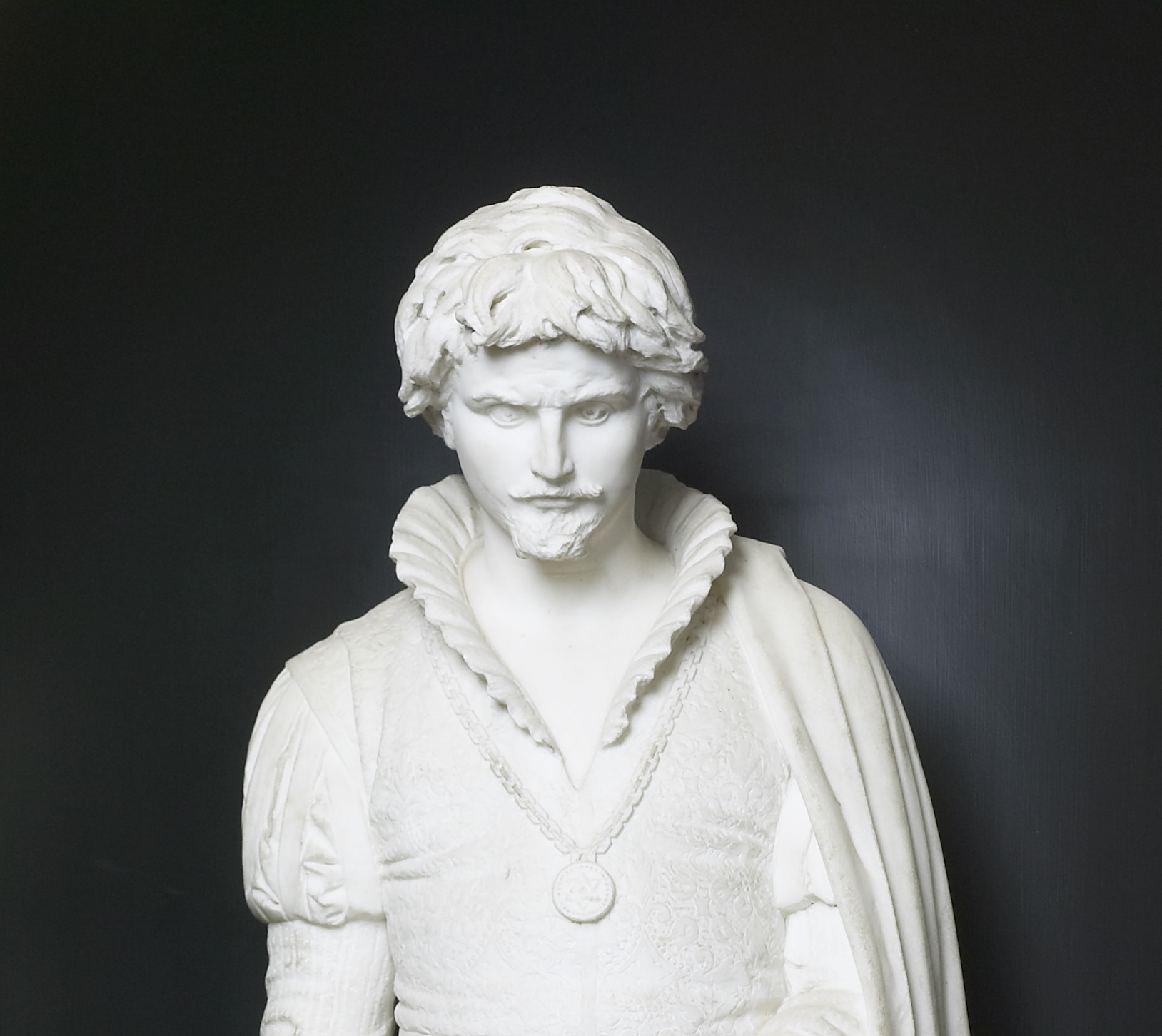 First performed in 1603, Hamlet, The Prince of Denmark, is probably the William Shakespeare’s greatest play and one of the most famous English, language plays ever written. Hamlet has been the subject of admiring critical commentary but features a complicated central character, addresses many complex themes and presents the reader with a multi-layered text. The character of Hamlet is very compelling and has been subjected to numerous interpretations and studies over the centuries. His actions and thoughts have been repeatedly analysed which gives Hamlet an enduring appeal.

Andreoni was a prolific sculptor of figures and busts. He was based in Rome, but he sent works for exhibition to as far as Glasgow (1888), Paris (1889), Berlin (1892) and he was active for a time in America. This exposure established his international reputation. Andreoni specialised in historical and biblical subjects such as the present bust of Hamlet. His expertise with the chisel is evident here in the virtuoso handling of clothing delighting in the richness of detail. Perhaps Andreoni’s greatest contribution was his large workshop in Rome where a generation of sculptors received their training.