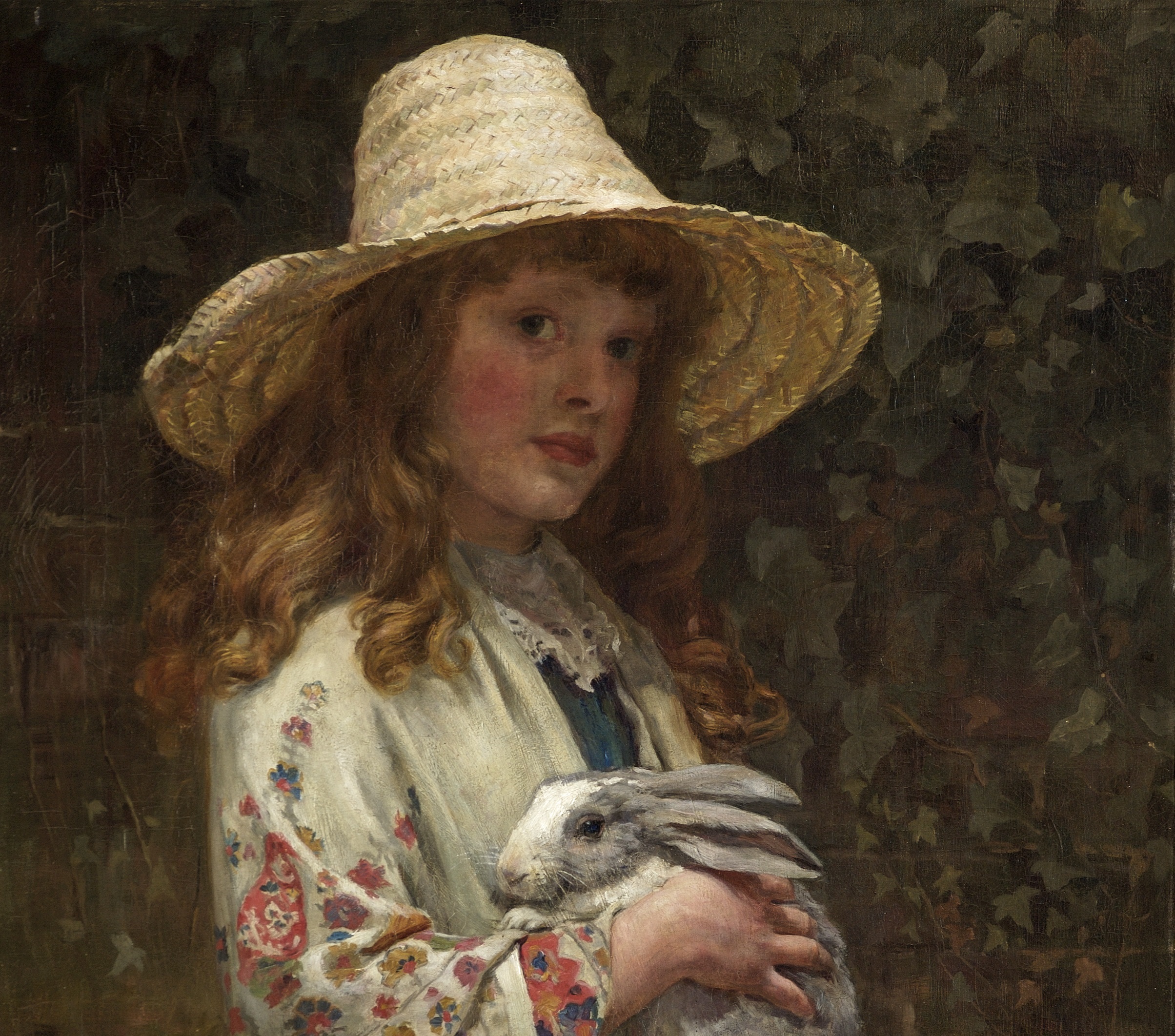 Her First Love displays the characteristic sentiment of the artist’s work with a young girl holding her pet rabbit. The demand for pleasant genre scenes and images of bygone days were in great demand during the height of the Victorian era and many artists looked to fill the need; one of these artists was Knowles. His paintings often capture his subjects in a relaxed or playful moment and these paintings gave pleasure to the public.

Merton often bought paintings from the Autumn Exhibition at the Walker Art Gallery in Liverpool which is where he purchased Her First Love. The Gallery often featured work that had been shown at the Royal Academy Summer Exhibition in London. He wrote: ‘I invariably visited the Walker Art Gallery there [Liverpool] and made purchases of one, two, three or even more pictures at the autumn exhibition…’

George Sheridan Knowles was a popular genre artist who dealt with sentimental scenes often set in the middle ages, the 18th century or the far reaches of the British Empire. These include works such as The Wounded Knight, Home Again and The Love Letter. Knowles studied at the Manchester School of Art. He was an academic artist and, like many of his contemporaries, he combined his formal academic training with the bright colours and quick brushstrokes of the Impressionists to create his finished works. Knowles was a member of the Royal Society of British Artists (RBA), the Royal Institute of Painters in Watercolours (RI), the Royal Institute of Painters in Oil-Colours (ROI) and the Royal Cambrian Academy (RCA). 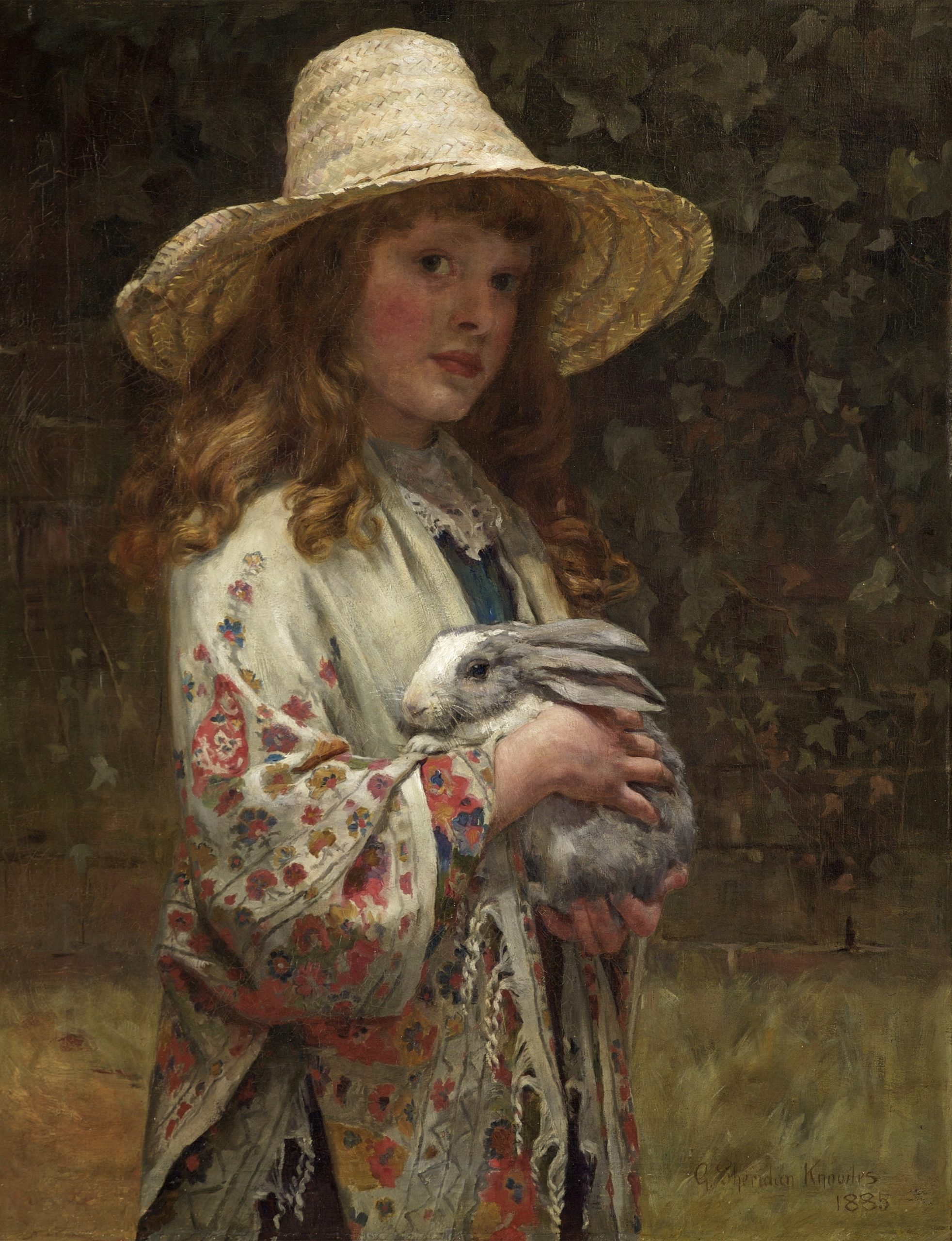