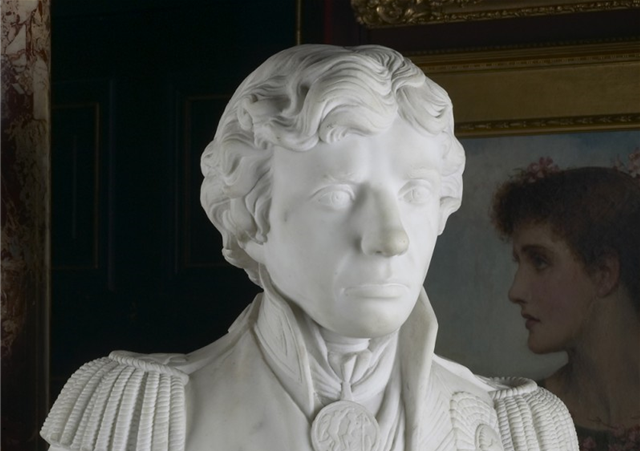 This head-and-shoulders marble bust of Vice-Admiral Horatio Nelson shows him facing forward, his head turned slightly to his left. He is in rear-admiral’s full-dress uniform, with the empty right sleeve pinned straight across at the bottom and the two uniform buttons on the cuff showing the anchors horizontal. He wears the ribands of the Bath and Crescent, the stars of the Crescent (above), St Ferdinand (left), the Bath (right) and the two Naval gold medals awarded for St Vincent and the Nile, the latter in reverse inscribed: “NILE / FIRST AUGUST / 1798”. Below the stars another medal is fastened with a ribbon bow, its design showing the ‘Victory’ and ‘Britannia’.

This bust is a copy of the original which is in the collections of the Royal Museums Greenwich. According to their website Nelson originally sat for the bust in Vienna in 1800, a cast of his face being taken at the same time, from which it was finished after his departure. It was probably shipped to him in England in 1801.On the back of the original is inscribed FRANZ THALLER / ET / MATTHIAS RANSON / VIENNAE AYSTR / MDDCCCI’ and was much copied, especially following the Battle of Copenhagen in that year.

Franz Christian Thaller was a well-known Viennese sculptor, patronized both by the Emperor of Austria and the city itself. Nothing is known of Ranson, who may have been one of his pupils and assistants and/or the man who made the life mask from Nelson’s face on which it is largely based. 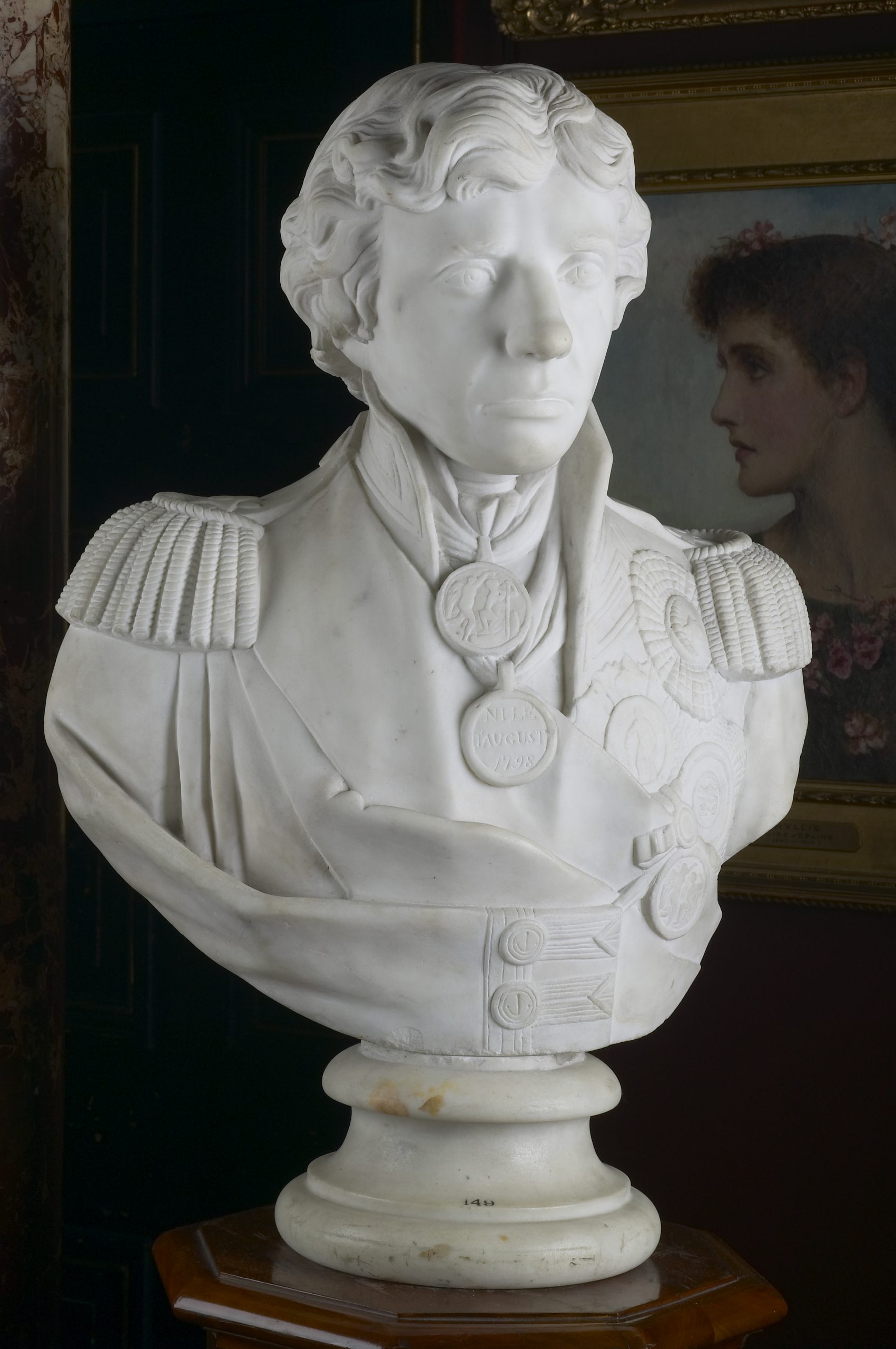