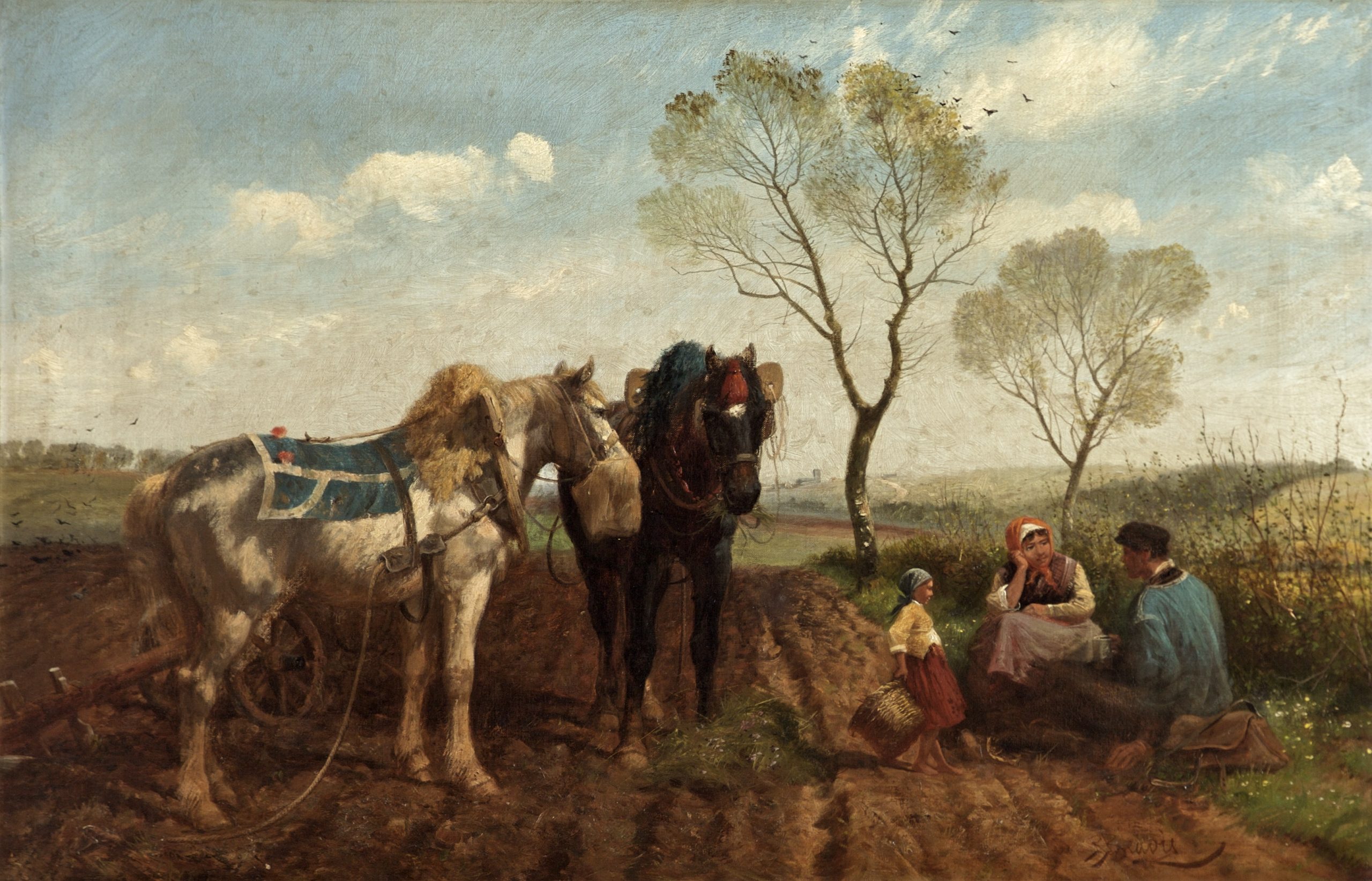 This landscape painting portrays a rural scene with two horses, one of them feeding from a nosebag, and a family of man, woman and child. Richard Beavis worked in watercolour as well as oils, specialising in rural and atmospheric coastal scenes.

He was born in Exmouth in 1824 but spent most of his childhood in Sidmouth, where he learnt to draw and build up a strong affinity with the sea. He joined the Royal Academy as a student of painting in 1846. His paintings gained recognition and he moved to Boulogne between 1867 – 68. While he was influenced by Jean-Françoise Millet and the Barbazon painters he still remained independent of any artistic allegiances. He travelled to Venice, Alexandria, Cairo, Jaffa and Jerusalem in 1875, which provided new material for his work.

This painting was also known as ‘The ploughman’s rest’ when it featured in a Christie’s catalogue.