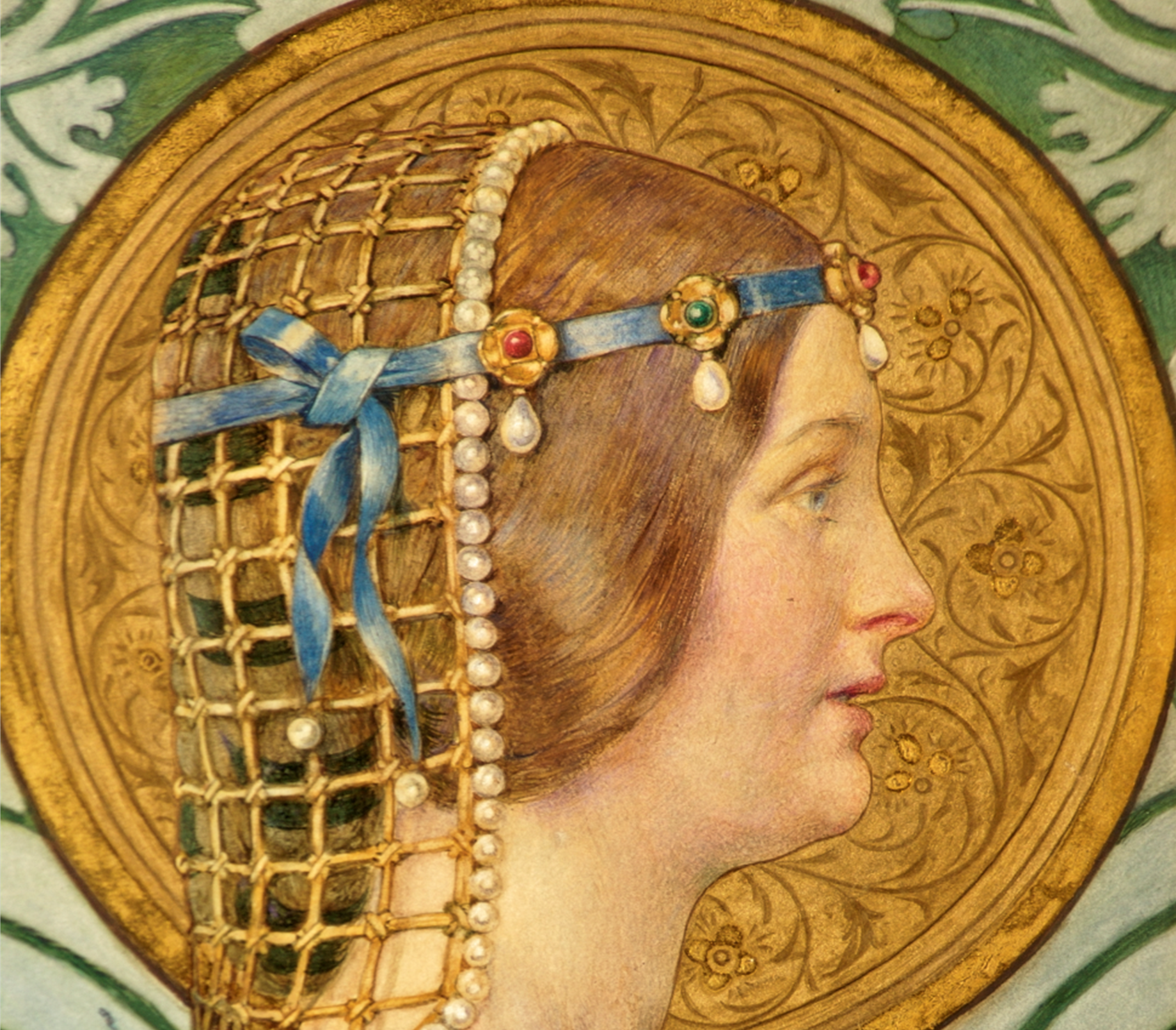 If One Could Have That Little Head of Hers…

If One Could Have That Little Head of Hers…

The painting was used as an illustration in two volumes of Robert Browning’s poetry, Dramatis Personae and Dramatic Romances and Lyrics.
It is a response to Browning’s poem ‘A Face’. The poem was inspired by the Renaissance paintings that Browning saw in Florence. The poem starts: If one could have that little head of hers, Painted upon a background of pale gold, Such as the Tuscan’s early art prefers! Recent research has revealed that the face resembles a well-known portrait of Beatrice d’Este by Leonardo’s assistant, Giovanni Ambrogio de Predis.

The profile portrait suited betrothal commissions, as the averted eye denoted modesty and chastity. The sumptuous dress indicated the sitter’s high status. The influence of the Pre-Raphaelites is particularly clear in the use of a halo in a secular subject. 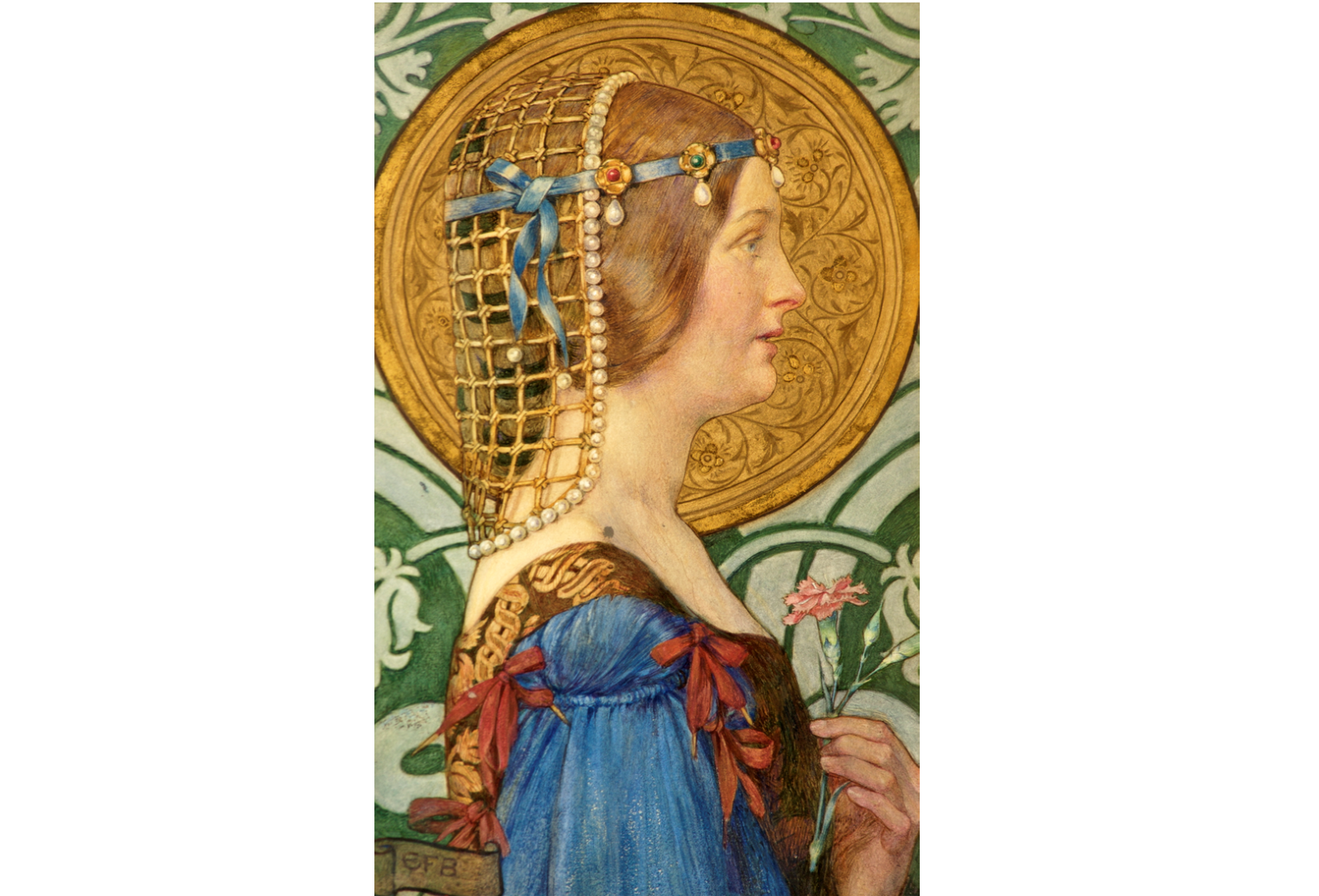 If I could have that little head of hers

If I could have that little head of hers