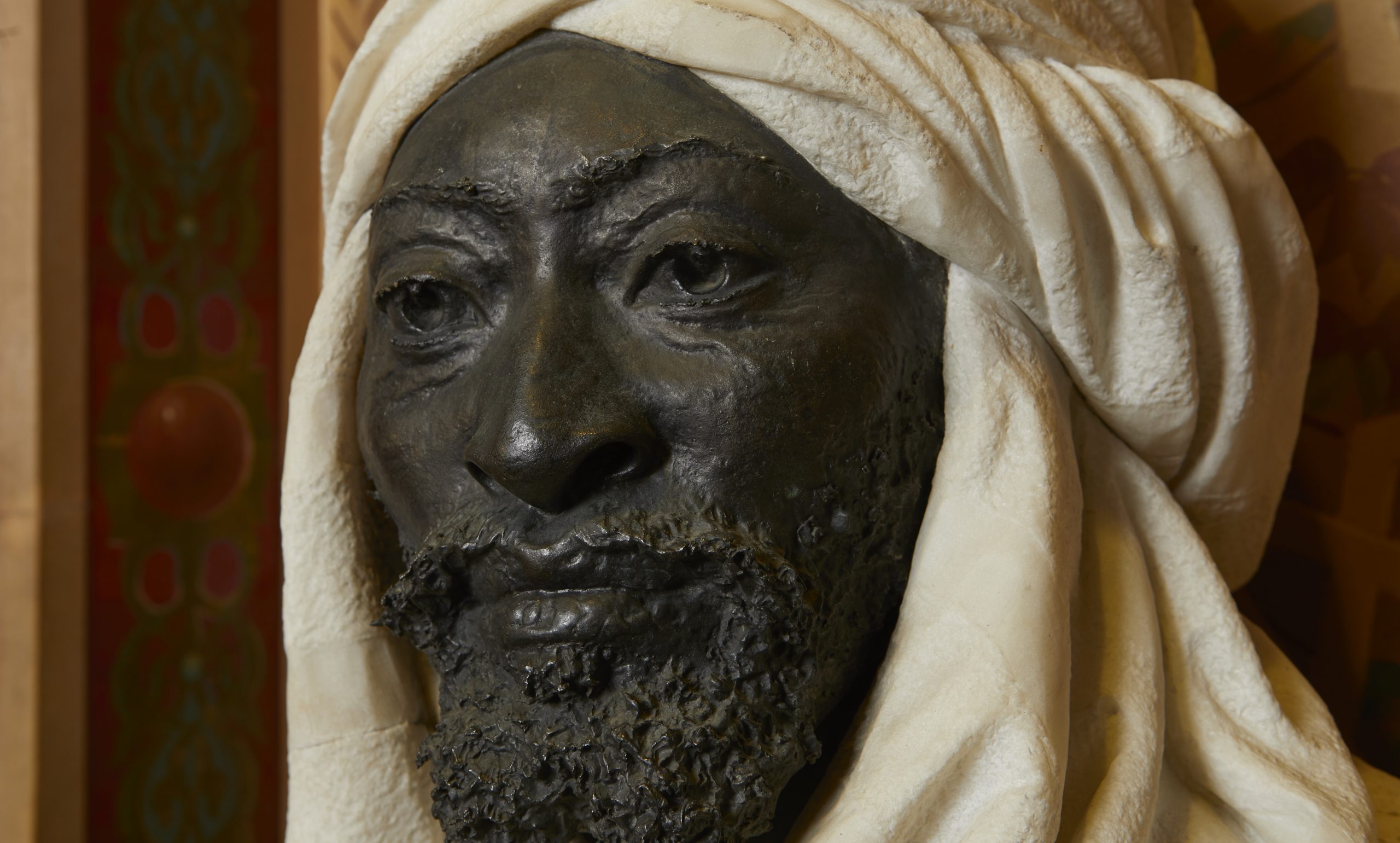 This bust, inscribed with ‘Calvi Milano’, was originally exhibited at the Paris Salon in 1881. The plinth bears the Lion of St Mark, alluding to the setting of Shakespeare’s play.

The likeness is said to be of Ira Frederick Aldridge, an African/American actor renowned for his portrayal of Othello across Europe in the late 19th Century. Calvi was probably inspired by Aldridge’s fame for ‘Moro Di Venezia’.

Aldridge was the son of a liberated slave, he grew up in Manhattan inspired by Shakespeare, but faced prejudice when he became an actor. He sailed to Britain in 1824, where his stage debut was in Coventry, aged 17. He performed Othello to sell out audiences and used his fame to address audiences on slavery and prejudice. He was the first black actor to perform at Stratford in 1881.

Born in Milan in 1833, Pietro Calvi studied and worked there until his death in 1884. He also trained under the renowned sculptor Gioncani Seleroni.
His work was exhibited in America, Europe and London’s Royal Academy between 1872 and 1883. Calvi was renowned for working in bronze and marble to striking effect.
He specialised in subjects from the arts, including several Shakespearean characters. Calvi also worked with another Milanese sculptor, Constantino Corti, on a number of figures in Milan’s Cathedral. 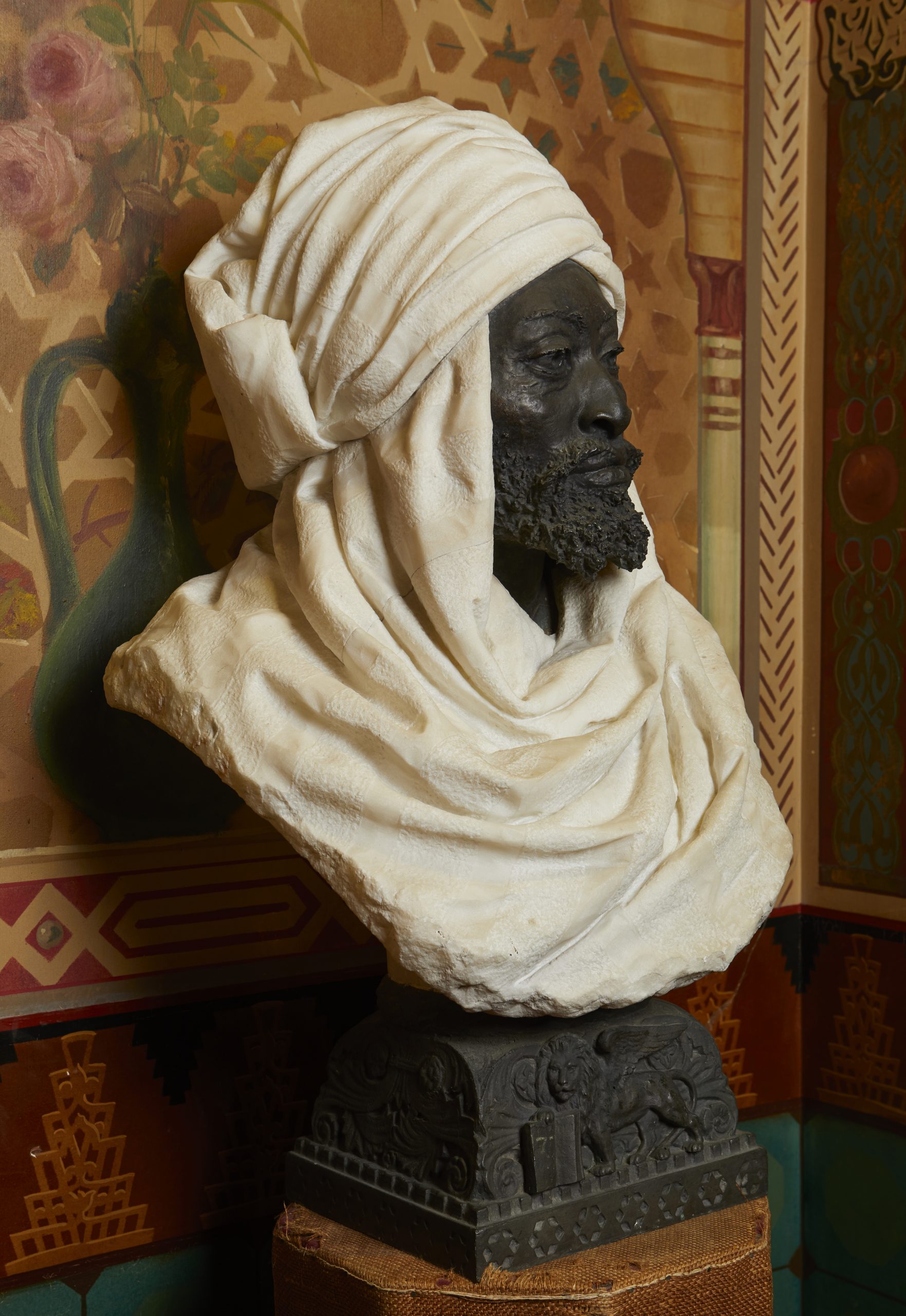 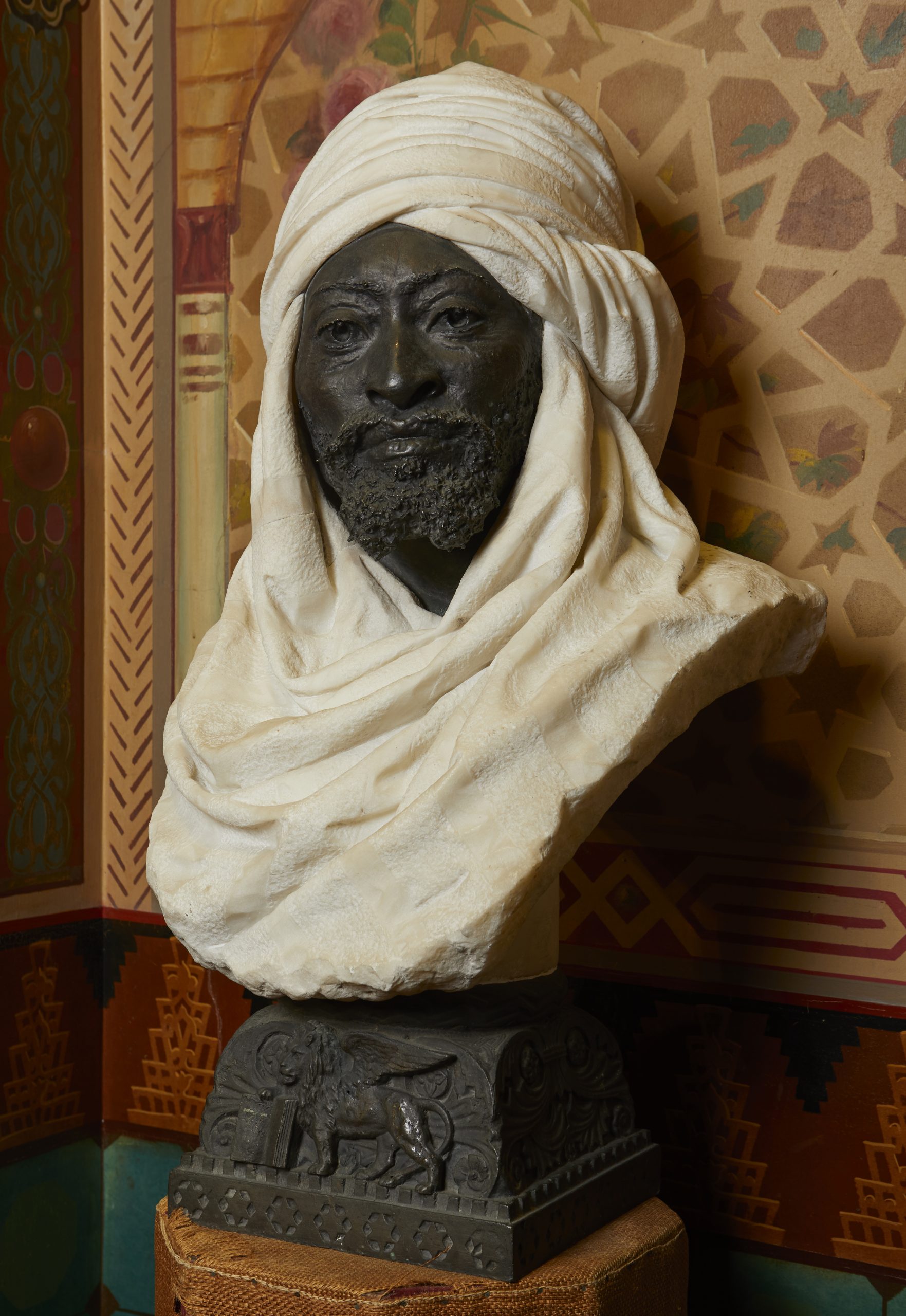 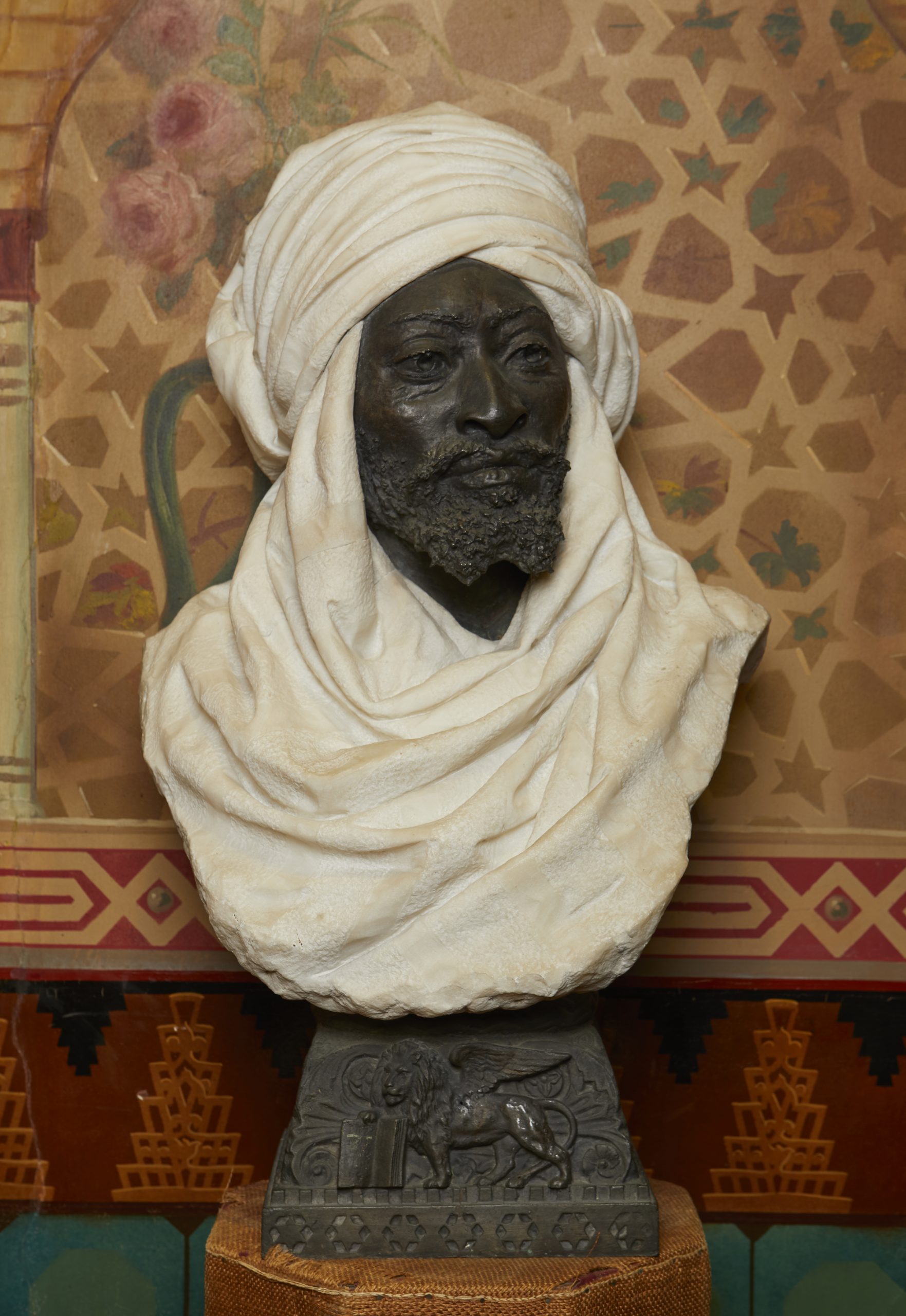