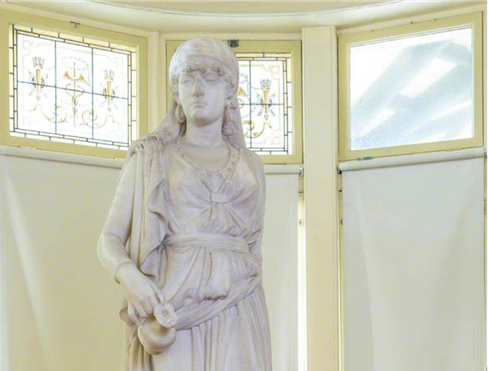 The Book of Judges in the Bible tells of Jael who overcame Sisera, a defeated Canaanite general.
After his defeat he flees to a nearby settlement. There Jael takes him in, offers him milk and promises to hide him from the authorities. He falls asleep and Jael seizes this opportunity to drive a tent peg through his temple.

The statue depicts Jael not as a brutal killer but in the calm act of lulling Sisera into a false sense of security. Her extended right hand holds a jug of milk from which she poured her enemy’s drink. Behind her back, half-concealed by her dress, she clenches her left fist around the instrument of his demise. With her luxurious dress and aloof expression, Jael is firmly characterised as a formidable Old Testament heroine.

Andreoni was a prolific sculptor of figures and busts with a considerable international reputation. He was based mainly in Rome and his large workshop became the training ground for the next generation of sculptors. He exhibited his work at the Turin Art Fair (1884); in Glasgow (1888); in Paris (1889) and Berlin (1892) as well as working in America. He frequently used the Bible as source material. A great number of Andreoni’s works are owned by English and American collectors. 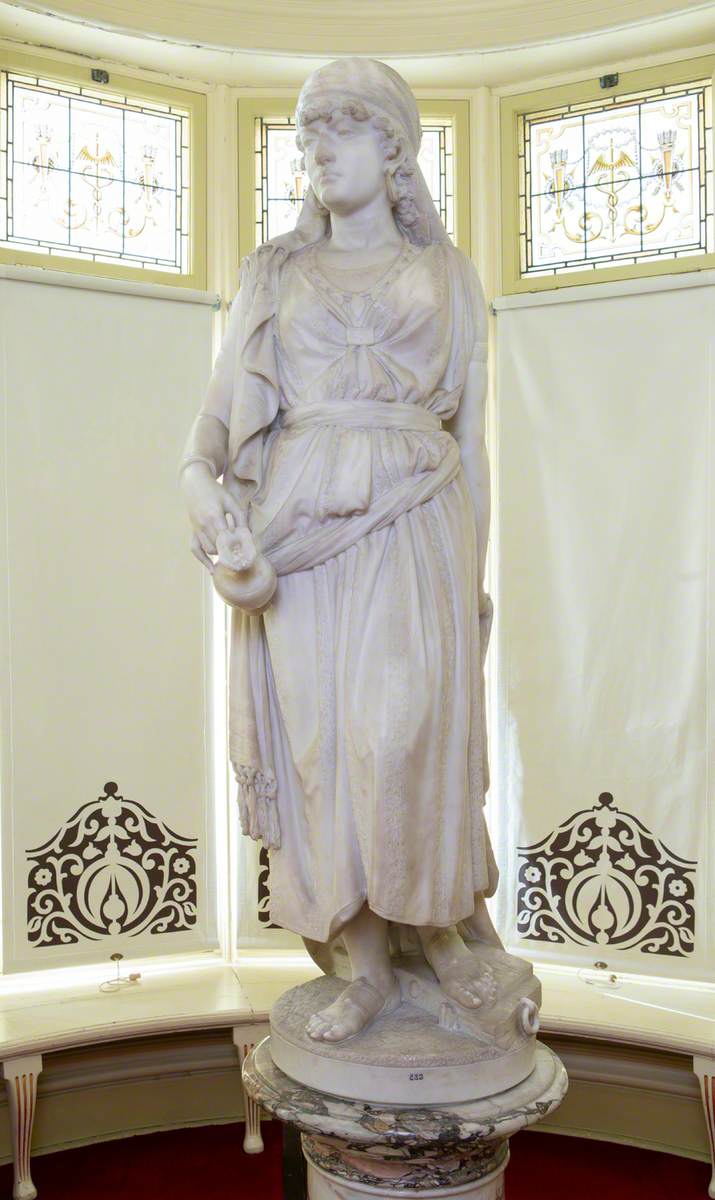 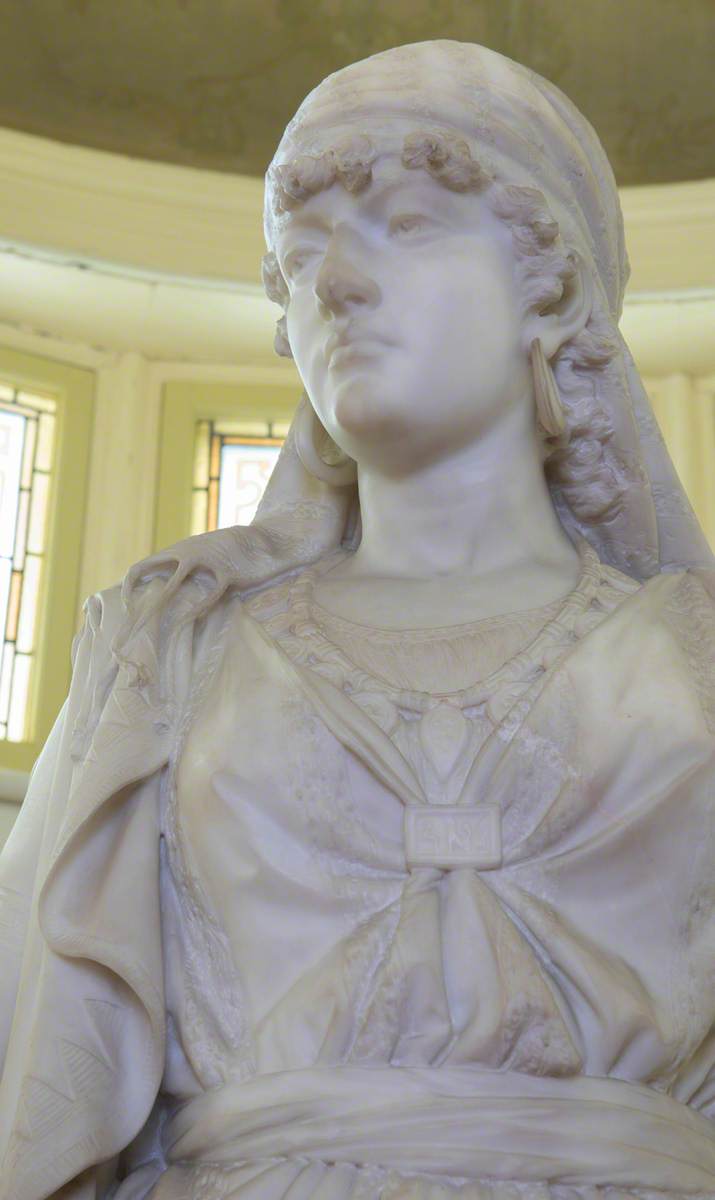 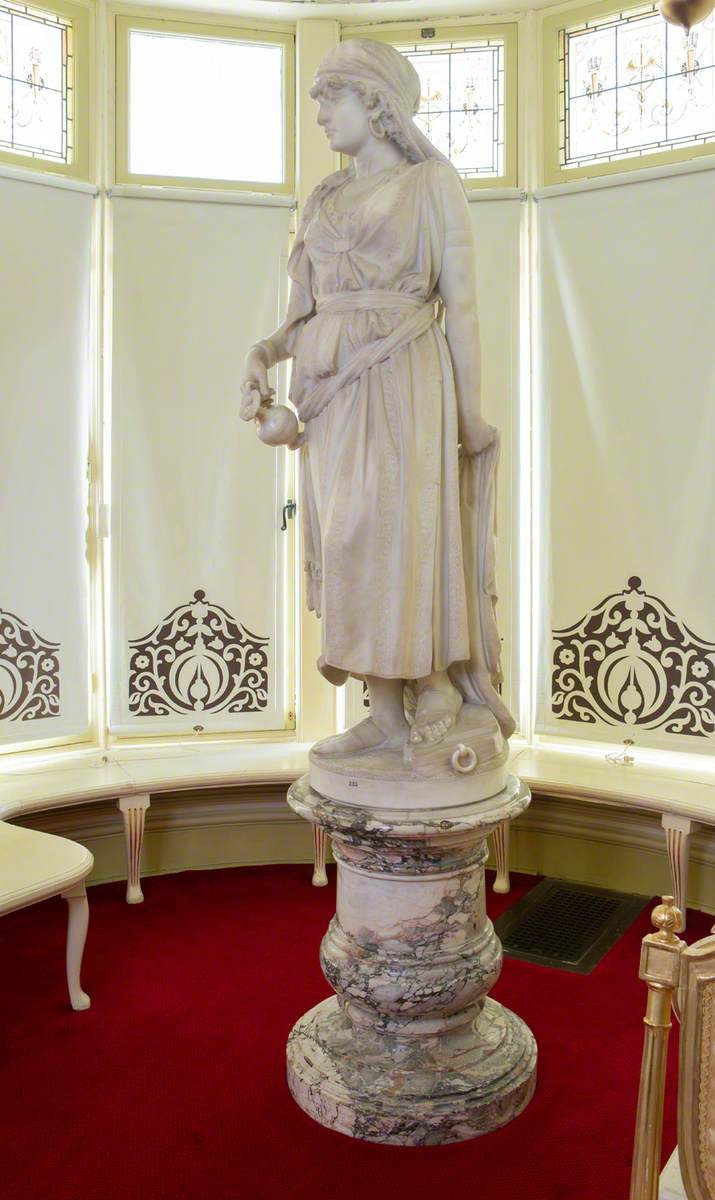 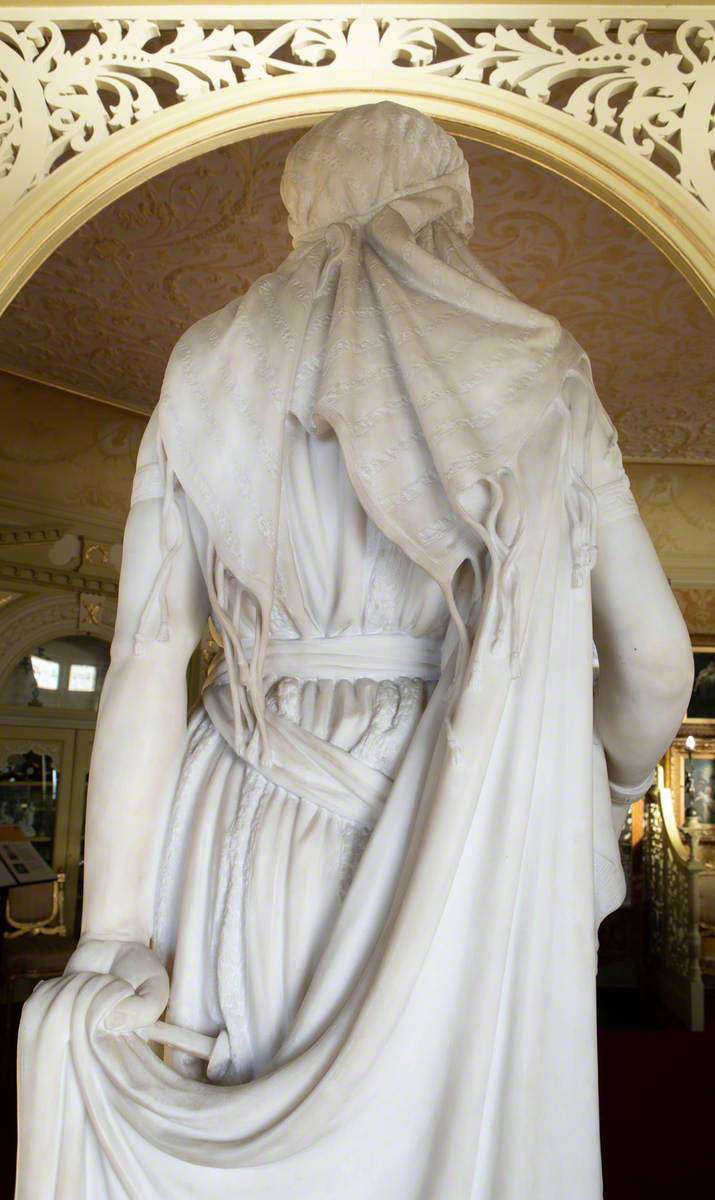