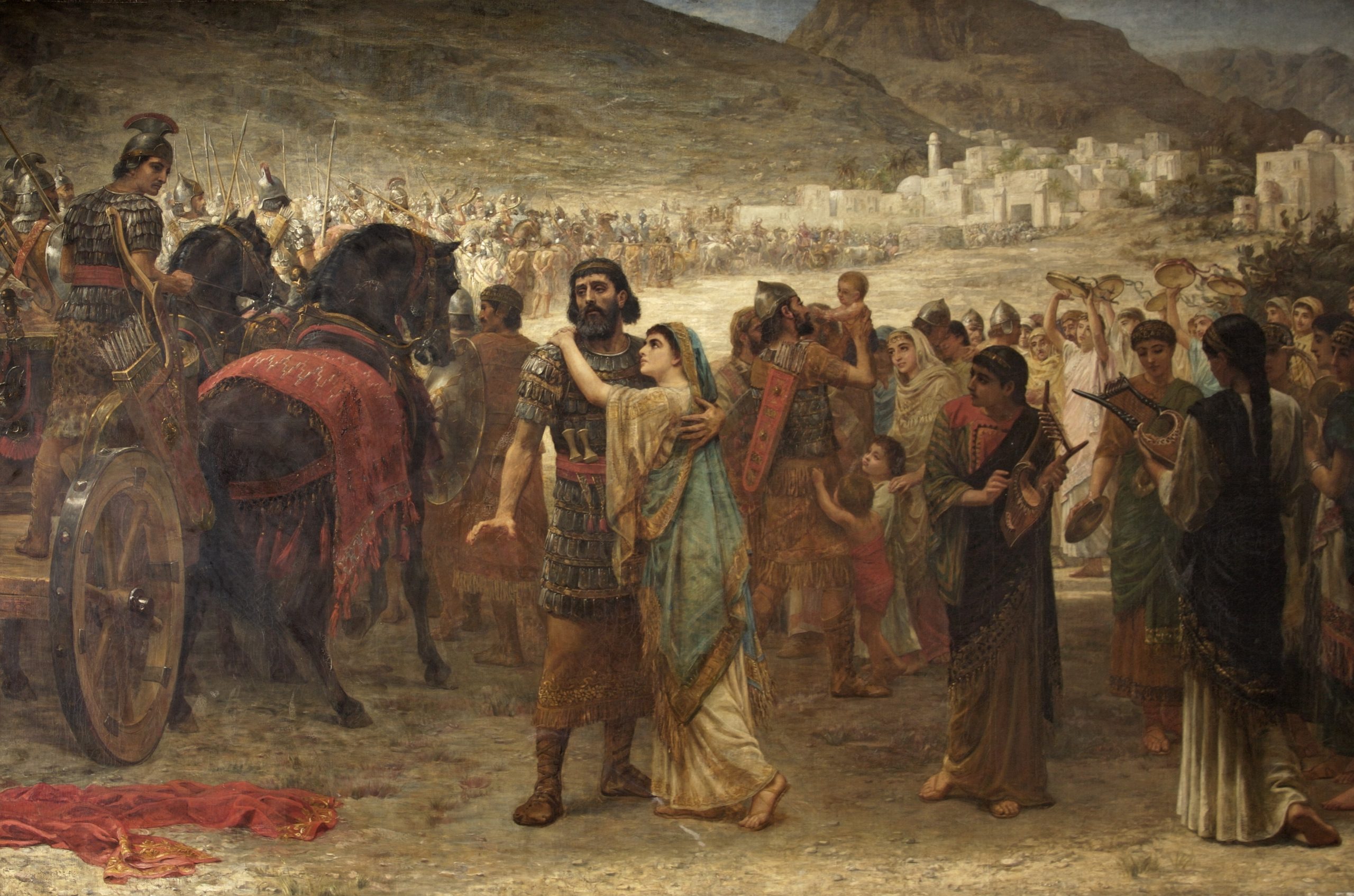 This painting is the first in a trilogy of works which depict the Old Testament story of Jephthah. The sources for the paintings are Judges XI 30-40, and were commissioned by the fine arts publisher, Fairless and Beeforth (establishers of the Dore and Lawrence Gallery). This trilogy of paintings was first exhibited in 1886 at the Lawrence Gallery, and for the next ten years at the Dore Gallery (renamed the Gallery of Sacred Art in 1892) as ‘The story of Jephthah’.

The first depicts Jephthah’s return after defeating the Ammonites. This was achieved through his vow with God in which he agreed to sacrifice the person to greet him on his return. Tragically, this was his only daughter.