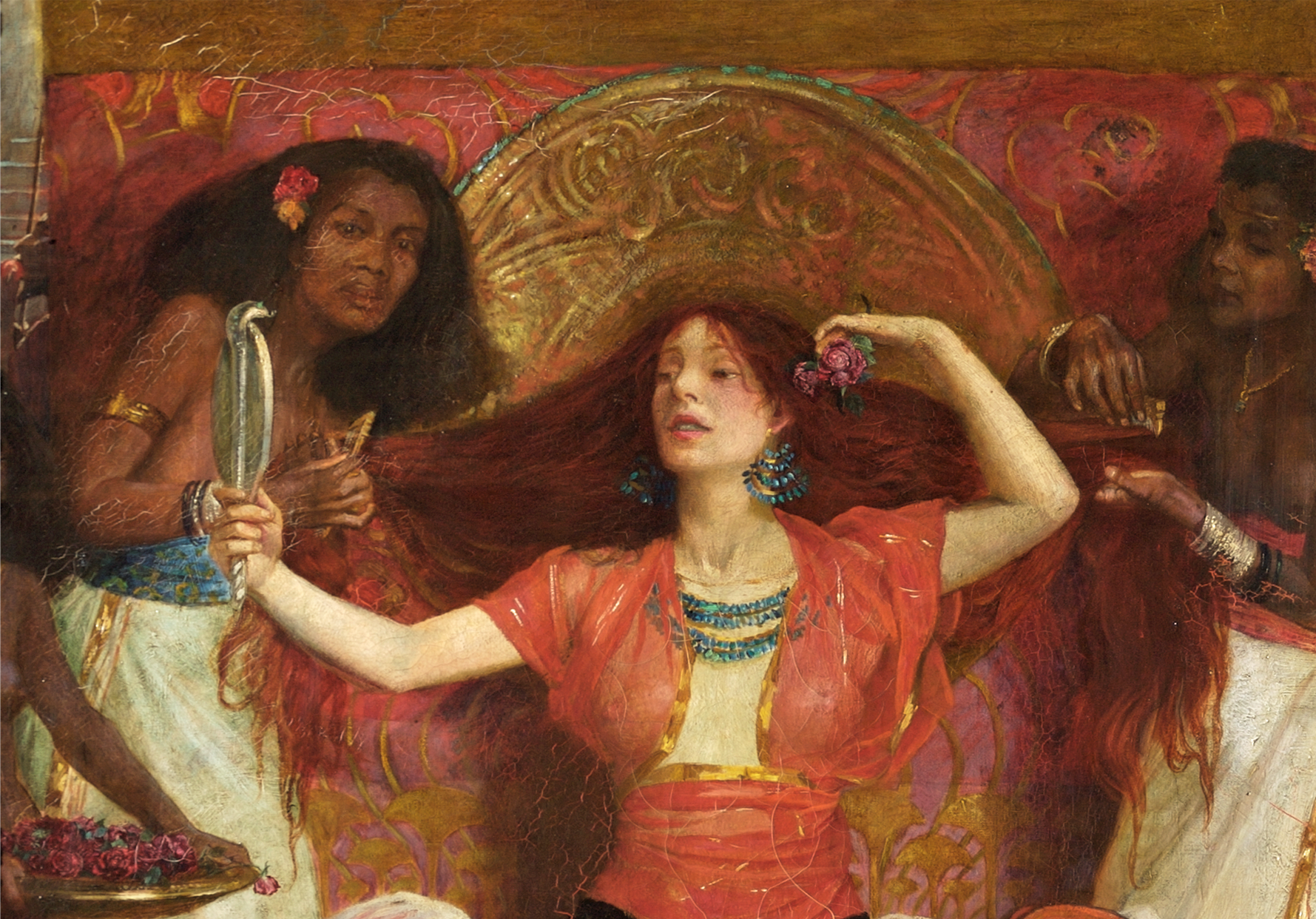 The Old Testament Jezebel is a Phoenician princess who married King Ahab of Israel.  She persuaded her husband to order the death of a farmer for his vineyard.  The prophet Elijah predicted death as divine punishment for covetousness.  Jezebel is later thrown from a window by her own sons.  Her corpse was left to be devoured by dogs in the street, which is depicted at the bottom of Byam Shaw’s picture frame.  Like many of the Pre-Raphaelites, Byam Shaw often designed specific frames for his paintings.

Byam Shaw’s ‘Jezebel’, like many of the earlier Pre-Raphaelite paintings, includes exotic and luxurious textiles and flowers.  Jezebel wears a Chinese-style robe; the orange tiger lilies symbolise death to their recipient, and the peacock is a symbol of vanity.  Jezebel admires herself in a hand-mirror with a serpent motif.  There are further reflections in the pool or bath at the bottom of the painting.

A large predatory black cat or panther leans against Jezebel’s leg, which may be suggestive of witchcraft.  An alternative interpretation could be a confusion of Baal (the god worshipped by Jezebel) with Bast, the Egyptian goddess symbolised by a cat.  Byam Shaw’s own upbringing in Madras (now known as Chennai) in India may also have influenced his aesthetic tastes.

The painting originally depicted Jezebel completely naked.  However, this was perceived as being too provocative and it remained un-sold.  It is not clear if it was Sir Merton Russell-Cotes who ordered the clothes to be painted on top.  We do know that he was a regular customer of the art dealers Dowdeswell & Dowdeswells of New Bond Street, London, from where the painting was sold. 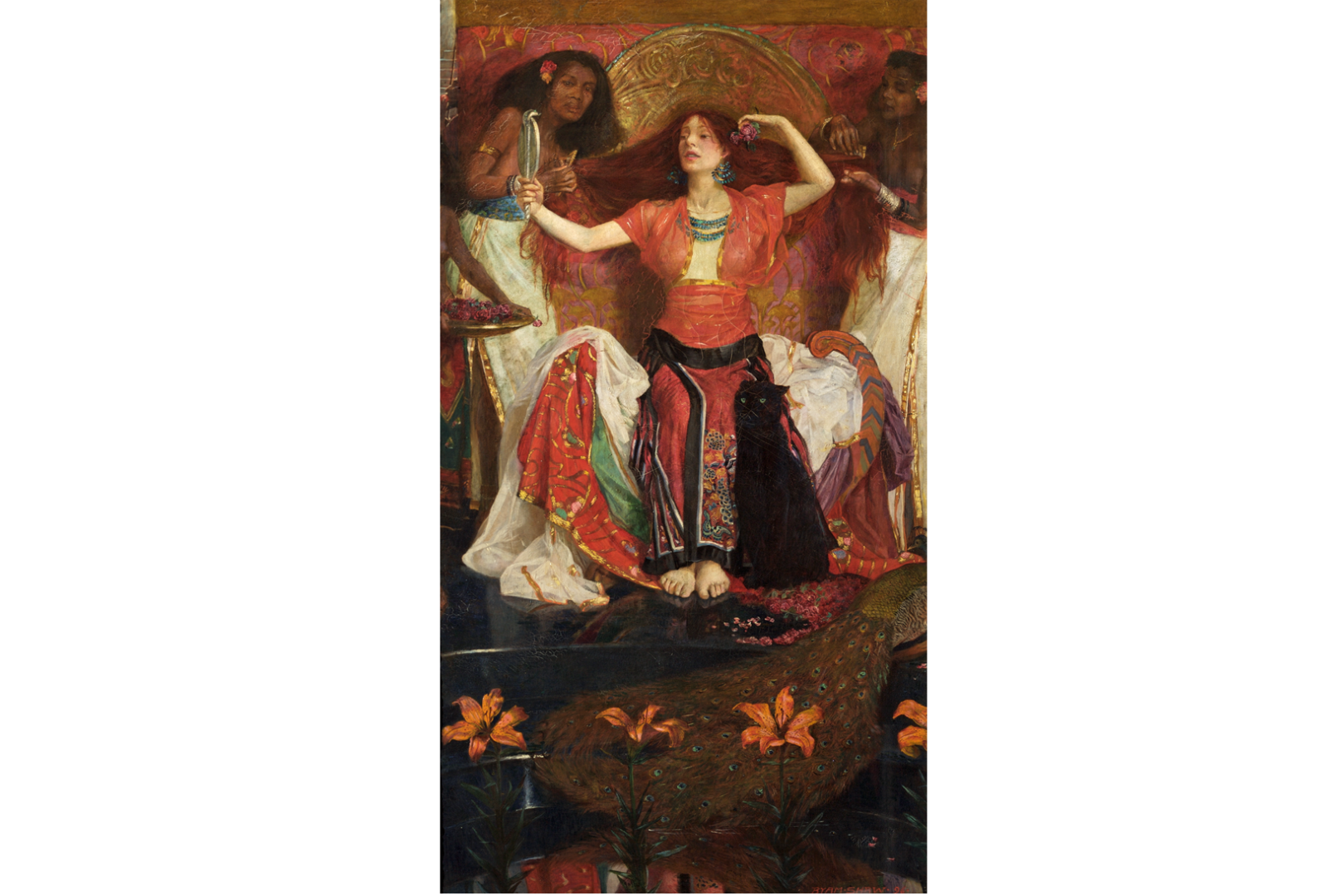