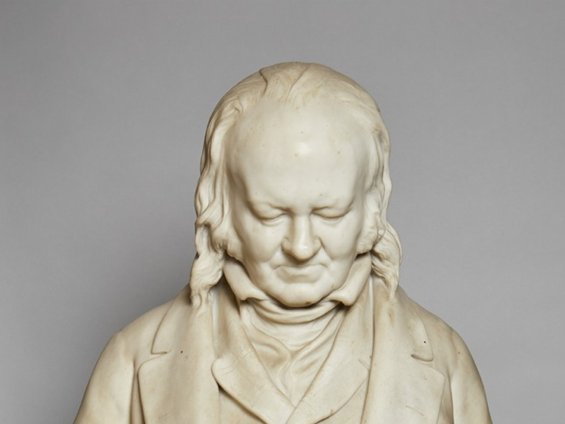 This half-length portrait bust of John Landseer was completed in 1882, long after the sitter’s death (John Landseer lived 1769 to 1852) but shows Landseer wearing clothes of the correct period including a cravat and a stiff collar.

John Landseer was an English landscape engraver who worked for the publisher Thomas Macklin. His largest series of engravings was Twenty Views of the South of Scotland, after James Moore. Others included drawings of animals by Dutch artists, and another of Biblical subjects, after Raphael and others. In 1806 he delivered a series of lectures on engraving at the Royal Institution and in the same year was elected an Associate Engraver of the Royal Academy. For a period he also became interested in archaeology, becoming a Fellow of the Society of Antiquaries, and publishing two books on Babylonian antiquities, before returning to engraving. In 1826 he was appointed Engraver to the King.

He married Jane Potts in 1793 and had fourteen children, four of whom became successful artists, including Edwin, later Sir Edwin, Landseer (one of whose art works Flood in the Highlands is in the Russell-Cotes collection).

The bust was gifted to Sir Merton Russell-Cotes in 1919 by Mr E. Mackenzie, the great grandson of John Landseer. We have another of Adams-Acton’s sculptures in the Main Hall: Pharoah’s Daughter.

John Adams-Acton was born in Acton, London, and studied under Timothy Butler before enrolling at the Royal Academy, where he was awarded a gold medal. Part of the prize was a travelling scholarship which enabled him to study in Rome under John Gibson for 10 years. In 1851, he began exhibiting at the Royal Academy under his original name John Adams but adopted the hyphenated name in 1868 to distinguish himself from the painter John Adams. He continued to exhibit at the Academy until 1892. As a member of the Society of the British Artists he participated regularly in their exhibitions and specialised in marble and bronze statues and busts of famous contemporaries. His works include busts of Queen Victoria, the Prince Consort, Edward VII and Sir Titus Salt. 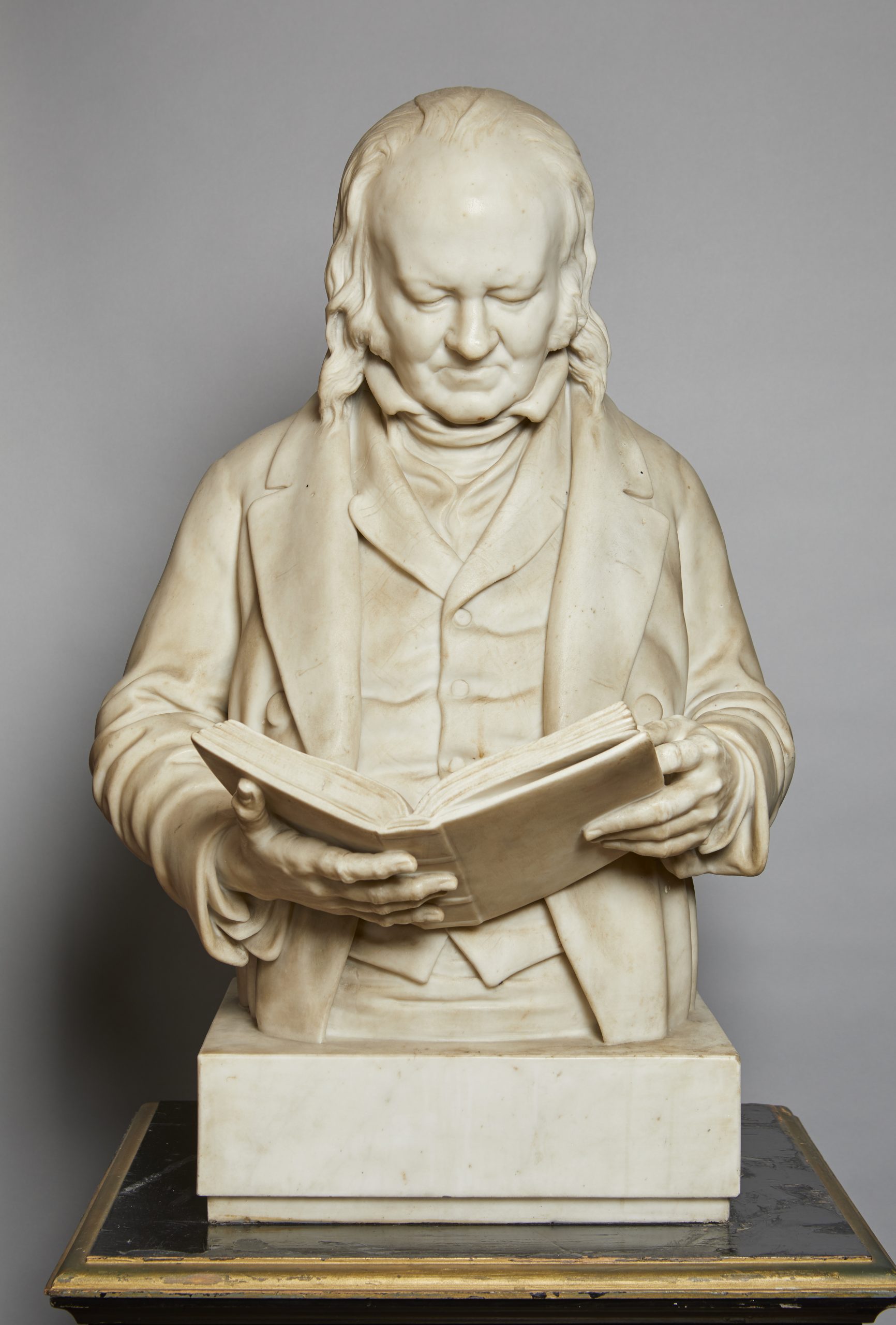 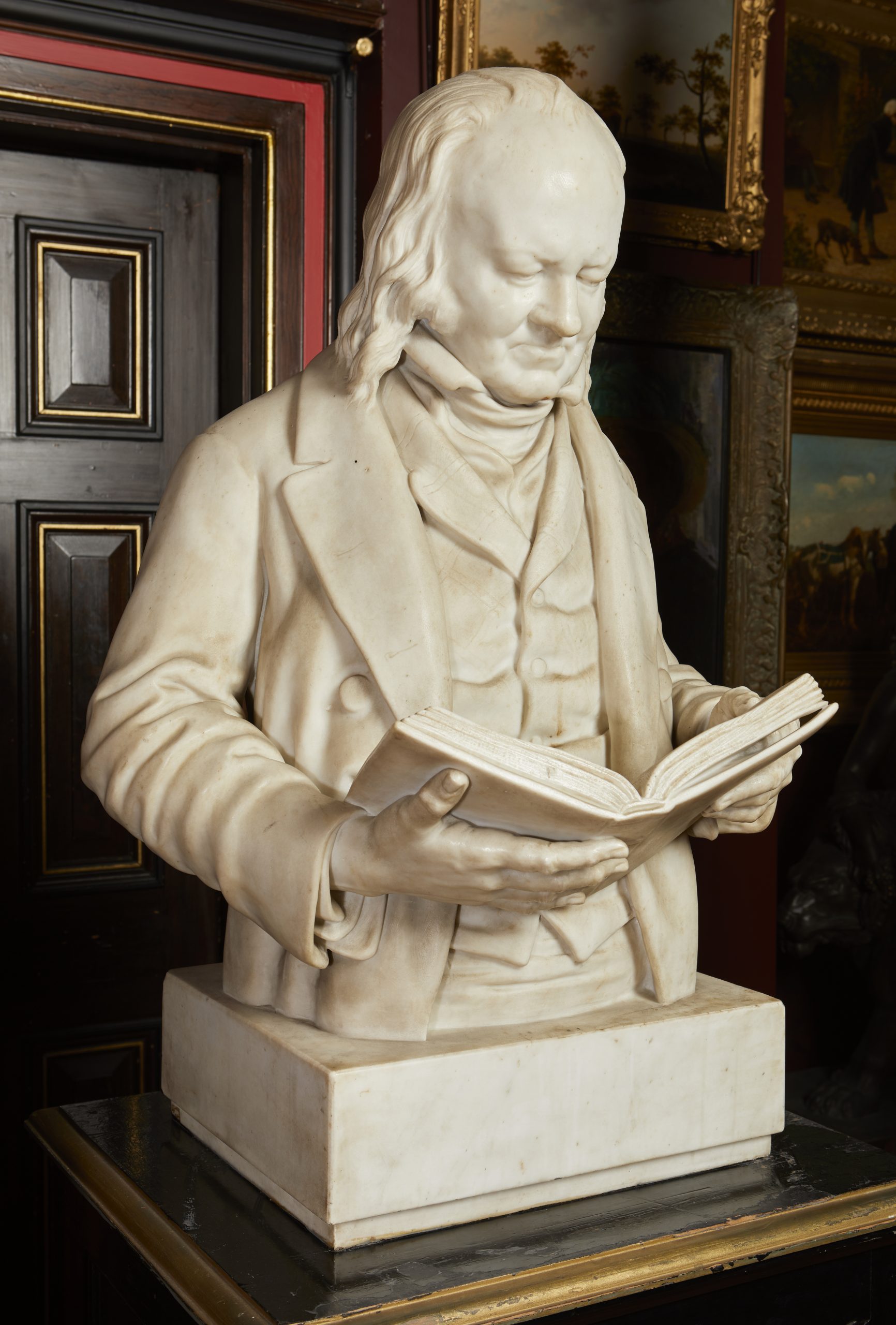 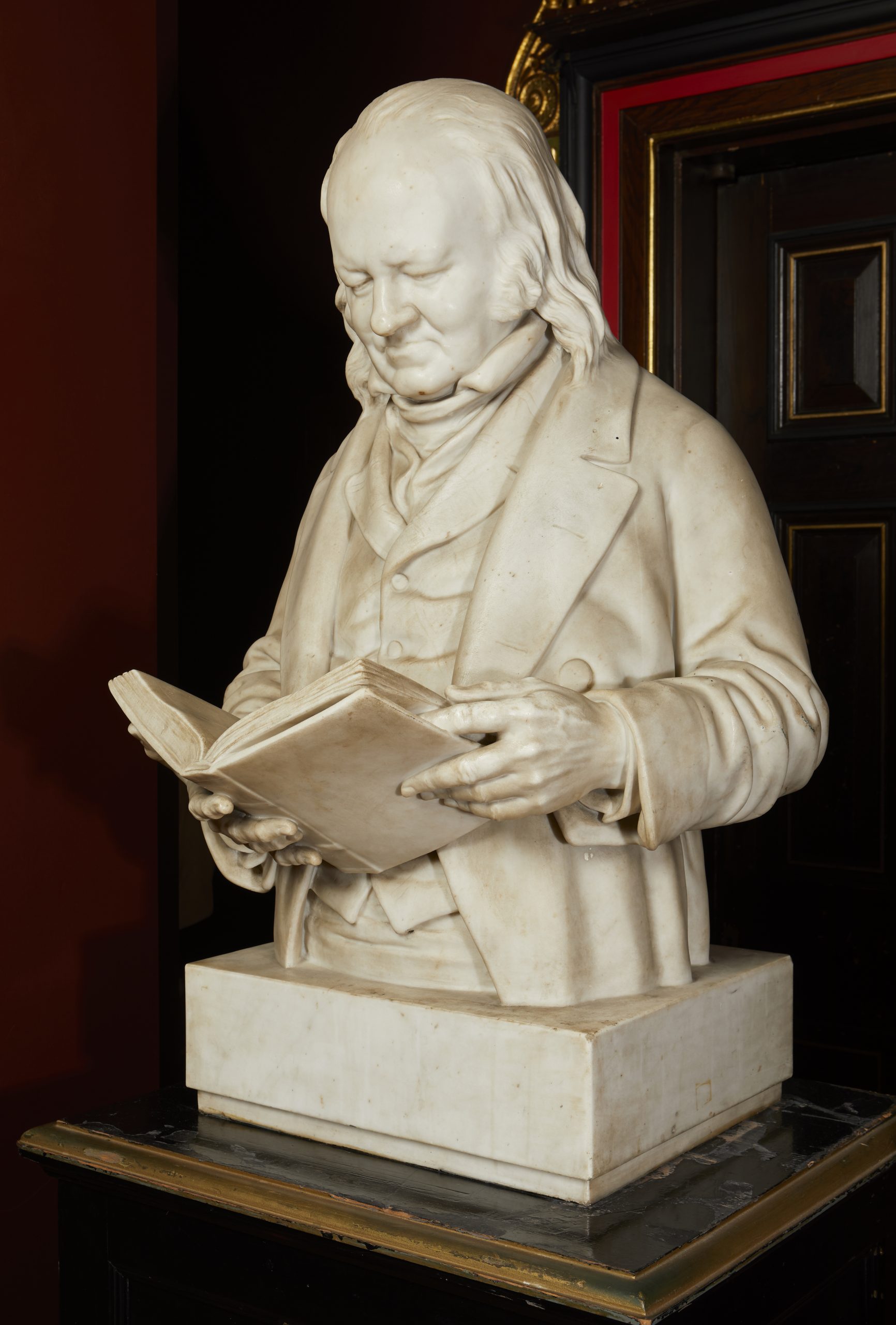