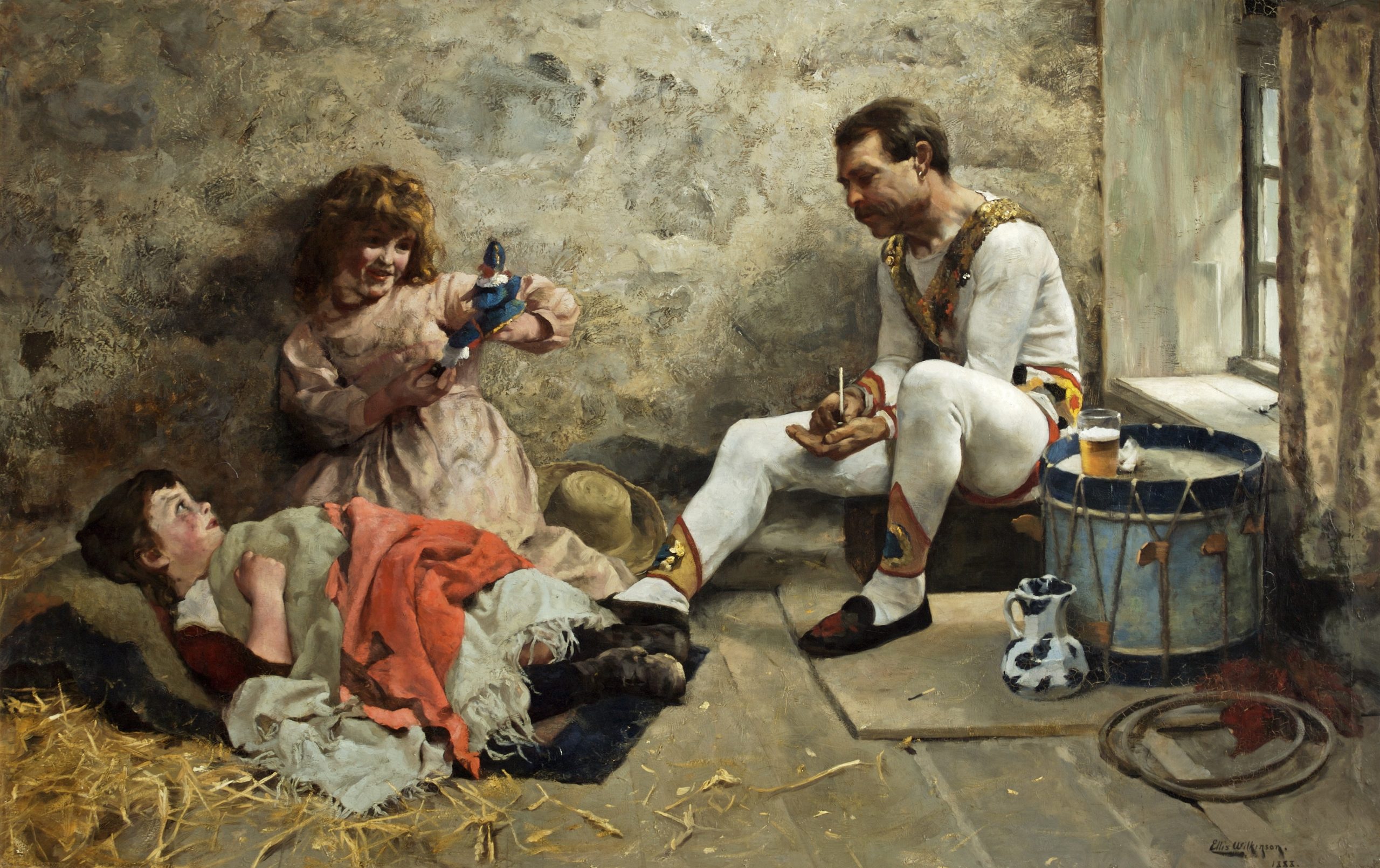 This painting, which was exhibited at the Royal Academy in 1888, was painted whilst the artist was living in St Ives, Cornwall, near Newlyn. The Newlyn School was an art colony based in and near this fishing village on the south west coast of Cornwall, from the 1880s until the early twentieth century.

Newlyn had a number of factors which attracted artists: long hours of fantastic light, mild climate, cheap living and the availability of inexpensive models. The artists were fascinated by the fishermen’s working life, everyday life in the local communities and the landscape, A photograph from 1888 shows this painting being worked on. It depicts the models in costumes in a barn with the light coming through the window.

Richard Ellis Wilkinson’s paintings consist of landscape and genre scenes characterised by their plein air approach. They painted in the open air as opposed to a studio to give a greater realism and real sense of light to their work. Wilkinson also lived in Devon and Bath. He was the father of Norman Wilkinson, the famous maritime painter.