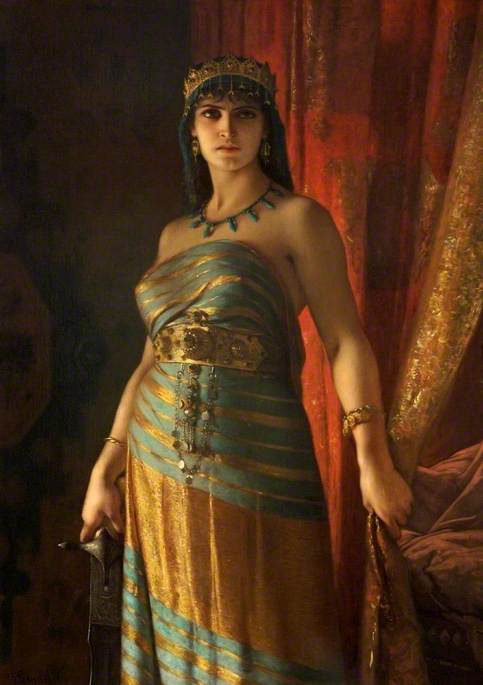 Judith, a biblical figure, is described as a rich, beautiful widow who saved her town of Bethulia from its siege by the Assyrian army. She slipped into the tent of the Assyrian General, Holofernes, and seduced him with her beauty. She patiently waited until he collapsed from drink and then beheaded Holofornes while he slept.

Then she came to the pillar of the bed, which was at Holofornes head… And approached to his bed, and took hold of the hair of his head, and said, Strengthen me, O Lord God of Israel, this day. And she smote him twice upon his neck with all her might, and she took away his head from him. (Judith, 13:6-8)

Landelle shows Judith drawing back the bed’s curtain, clasping the sword about to decapitate the Babylonian general. She looks defiantly out of the painting with dark and penetrating eyes. A popular subject for artists, Judith, was often chosen to be depicted because of her strength and beauty.

Landelle exhibited Judith at the Paris Salon of 1887. Merton held the work in high esteem and hung it in a prominent position in the entrance hall to his home.

Charles Landelle was born in Laval, France in 1812 and studied under Paul Delaroche and d’Ary Scheffer. He painted sacred subjects in an academic manner and carried out many decorative schemes in Parisian churches such as Saint Sulpice and Saint Nicholas des Champs and some work at the Louvre.

Landelle travelled extensively in the Middle East and North Africa where he researched his biblical works as well as painting the people and scenes he encountered. He produced many paintings of beautiful women. With the introduction of oriental subject matter into his repertoire, Landelle was to achieve his greatest popularity and his paintings achieved exorbitant prices. In 1855 he was awarded the Legion of Honour. 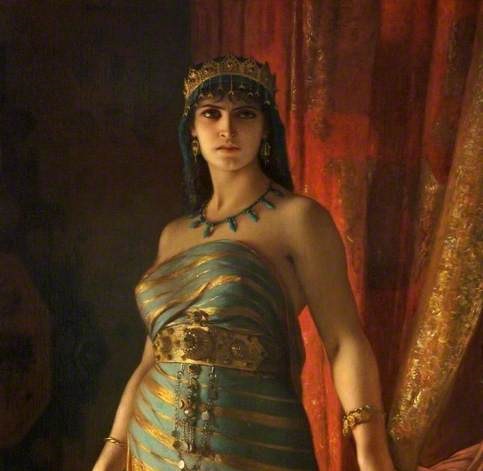